Welcome to our weekly show recommendation column RSVP HERE: LA Edition– your source for the best shows and interviews with some of our favorite local live bands. For the month of February we will be featuring LA shows! 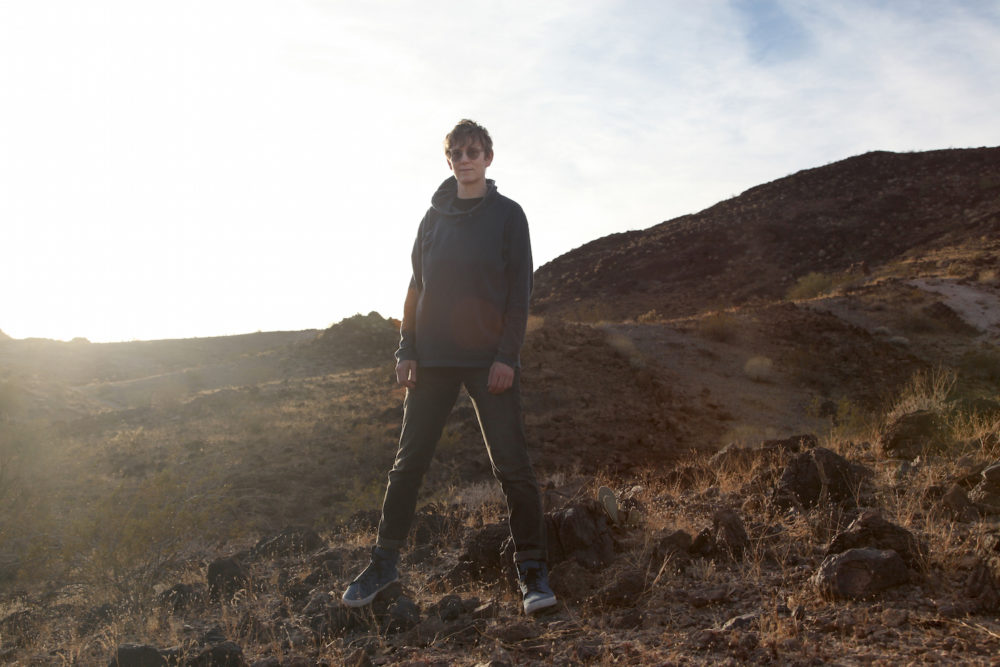 Katy Davidson is the prolific singer-songwriter behind the indie pop band Dear Nora. The band was formed in Portland in 1999 by Davidson, bassist Ryan Wise and drummer and vocalist Marianna Ritchey. After releasing their first record We’ll Have a Time in 2001, Davidson moved to San Francisco and released two more LPs and three EPs with rotating musicians until deciding to retire the band name in 2008. They continued to write and record music under the names Key Losers and Loyd & Micheal, and also was a touring member of the bands Yacht and Gossip. Davidson picked up where they left off with Dear Nora in 2017 when Orindal Records reissued their second album Mountain Rock, and then released their fourth album Skulls Example in May of 2018. Dear Nora remained an underground favorite during their career and had a huge influence on younger musicians like Frankie Cosmos and Girlpool. Davidson now resides in the desert of Southern California, and you can catch Dear Nora’s next show on 2/18 with Nicholas Krgovich and Zach Burba (iji) at the Bootleg Theater. We chatted with Davidson about the upcoming reissue of their rarities collection, what food their music would be and their dream collaborators.

AF: You came out with your first album under the name Dear Nora after a 12 year break last year. How has your music changed and has your live show reflected these changes as well?

KD: To quickly clarify, I only really took a break from playing under the band name Dear Nora, and it was nice to put a bookend on the first version of the band at the time. But during those twelve years “off,” I was still relatively active, and I released a few records under different band names like Lloyd & Michael, and Key Losers.

To me there’s a clear thread between all the songs I’ve made during the last twenty years. My melodies are catchy, I have a strong pop sensibility, and I often sing from a zoomed out perspective. That is the same now as it has always been. I think the main way my music has changed is that my lyrics feel less like confessional journal entries and more like…poems? And we don’t just rock out with barre chords anymore. Regarding the current live show, I basically don’t know what to say. It is constantly evolving. I told my band last summer that I don’t even feel like we’re playing music. To me it’s much more about conveying a vibe and transmitting energy.

AF: If you could collaborate with any artist alive or dead who would it be?

AF: What are the differences between the music scenes in LA and Portland? What are your favorite bands and places to play in both places?

KD: I’m not saying this to be awkward or contrarian, but I don’t know much about the current music scenes in those cities, and I don’t really feel like a part of them, if a such thing exists. So I don’t know how to compare them. I live out in the desert East of LA now, so I’m honestly pretty out of the loop except for random house parties. That said, I have a deep appreciation for all the West Coast people we’ve gotten to know via touring all these years, e.g. LA Takedown, Hand Habits, Tara Jane O’Neil, Stephen Steinbrink, Jessica Dennison and Jones, Cynthia Nelson, Nicholas Krgovich, iji, Carolyn Pennypacker Riggs, and so many more. Even though there are some quality rock clubs that are very good to us, I mostly like playing “alternative spaces.” The Amigo Room at the Ace in Palm Springs is fun. The Old Western Saloon in Point Reyes is fun. The Sou’wester on the Washington coast is fun. Che Cafe is pretty great. I like wooden rooms that are multipurpose.

AF: One of my favorite releases of yours is your collection of rarities (1997-2007). How did you choose the tracks on that compilation and are there any interesting stories behind any specific songs on that release?

KD: Thank you for the compliment. How much time do you have? Because I could write a book on the subject. In fact, I am writing a small book(let) on the subject because that compilation is getting reissued this year. The gist is that I wrote a ton of music in my 20s. I carefully curated which songs went on the proper Dear Nora albums, so after a while, I had amassed a lot of extra music that needed a home. I put it all together on this compilation. As a whole, it reflects the arc of a life of a 20-something person living in an urban milieu in the early twenty-first century, West Coast USA. For more details, I highly suggest getting the box set later this year if you can!

AF: If your live set was a type of cuisine or specific food, which would it be?

KD: Orindal Records is releasing a vinyl reissue of Three States: Rarities 1997-2007 in late May of this year. It’s gonna be really special. 3-LP box set with an 8-page booklet. I will play a handful of solo shows in support of that reissue sometime this summer. But after that I’ll be focusing on writing new music. I will probably put out another Dear Nora album someday, but I’m in no rush at all. It could be next year, and it could be ten years from now. I don’t know.