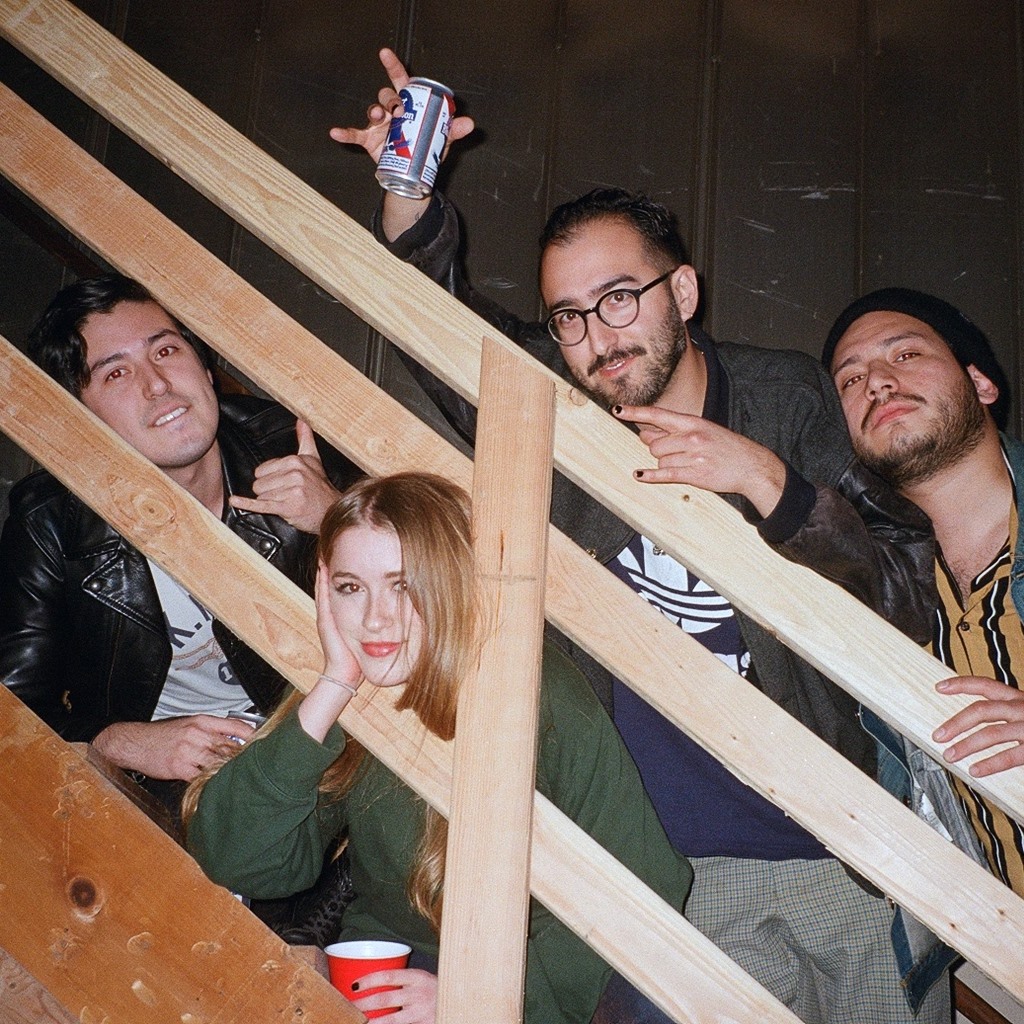 The debut EP  from San Francisco-based band Thank You Come Again occupies an interesting space between old-school rock n’ roll and something newer and more intimate. EP opener “Creature” starts us off with a grungy guitar riff that takes its time burrowing into one ear before the rest of the instrumentals join in. A few seconds later vocalist and guitarist Izzie Clark enters, delivering her lines with the  gentleness of someone singing a bedtime song. I’ll love you till the end of time, she assures. But I’m feelin’ off today.

“Creature” is my favorite song off the EP, with a soaring chorus that takes full advantage of Clark’s throaty voice. Her strength as a vocalist comes from her ability to make key lines feel distinct, small moments of storytelling that create layers even within simple lyrics. In “Creature” Clark manages to sing however temporary, understand you have my soul with a palpable sense of tenderness even as the chorus projects utter exhaustion, Clark throwing up the white flag when she realizes that she can’t save someone from themselves. “Creature” starts its final quarter with a high-energy guitar solo reminiscent of The Donna’s under-appreciated Allison Robertson before Clark lets out a spirited “Woo!” in what feels like a homage to female-fronted rock groups of years past.

EP closer “Anza” takes this thread and runs with it, Clark belting out her best Janis Joplin, letting emotion break crests and troughs in her voice. The chorus sees Clark begging for the attention of a “wild woman” while rolling out a thinly-veiled sexual metaphor that fits in nicely with the nature imagery in the rest of the song. Below it all is an ethereal siren song of distant oohs that proceed the chorus.

Because of choices like this, I assume that Thank You Come Again’s quartet of Clark, Danny Lomeli (guitar), Julian Paz (bass), and Steven Sessler (drums) see the potential in contrasting Clark’s moments of softness with the table-upending power of a good guitar riff or grinding solo, as exemplified in “Tall Boy” (also the EP’s preview single) which very literally takes dips into a bare cymbal-and-guitar sonic valley as Clark bemoans watching calls go unanswered on someone’s phone, her voice slowly rising in anger. “Tall Boy,” like “Creature” also has a lot of fun with the guitar solo, a layered slow-burn that incorporates the slow/fast/slow instrumentals of the rest of the song.

“Taking It Off” is an interesting one, a song that starts with what sounds like an ending before becoming something else entirely, a claustrophobic account of desperation for someone to see you free from artifice even when you know it will leave you too venerable. It grew on me with repeated listens.

I look forward to seeing what this band will do with the narrative room afforded by a full-length album. Based on this EP, I hope they take the opportunity to lean into the strengths of “Creature,” where they let Clark and the instrumentals color the lyrics. While I appreciate the old-school theatricality in the lyrics of “Anza,” Clark has the chops to enrich the sound without it. As a new band, Thank You Come Again is still working on finding balance, but they have more than enough energy to carry them along for miles.