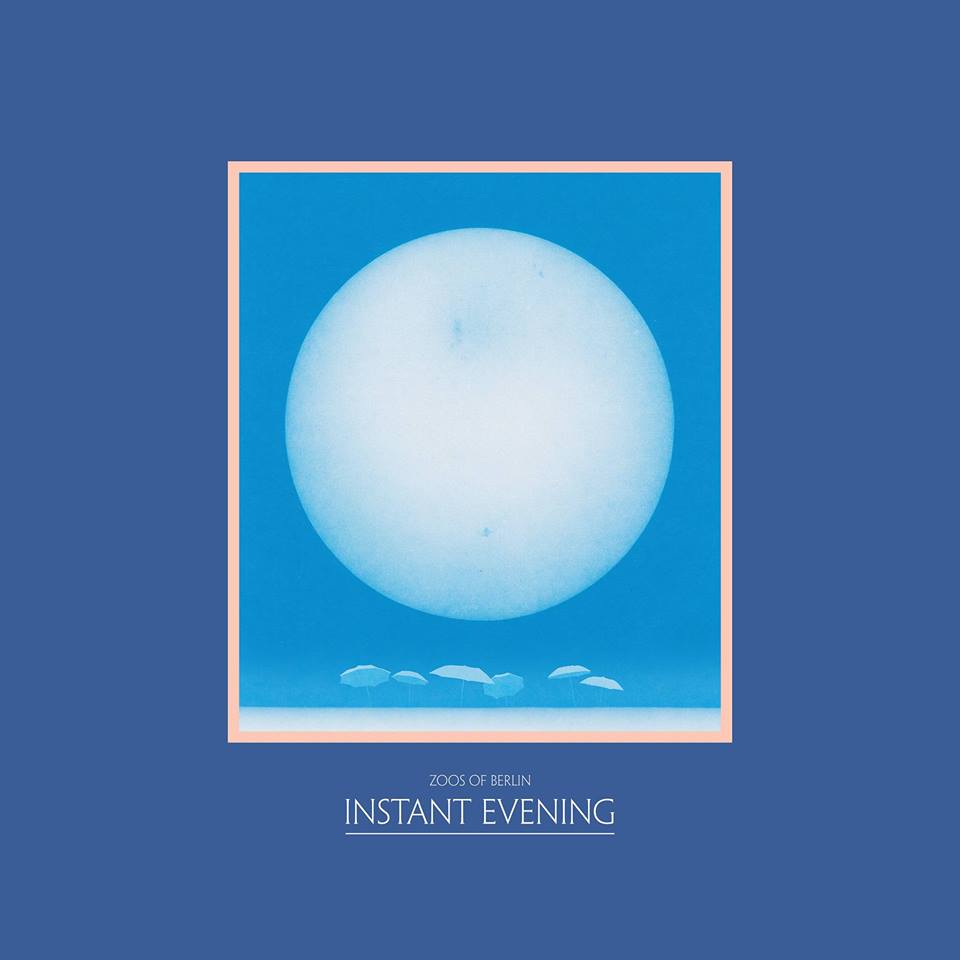 It’s been three years since Detroit’s sonically poignant pioneers of quietly turbulent indie rock, Zoos of Berlin, last full-length release. Earlier this month, Collin Dupuis, Will Yates, Matthew Howard, Daniel I. Clark and Trevor Naud returned with an open door and a detour. An oceanic space dive, bridging the waters and atmospheric distances between way up and deep down, Instant Evening is a mystifying abstraction and a perilously purifying journey that renounces gravity in the same breath from which it praises it. The band is asking us to pretend that this is their first record which would displace 2013’s pleasantly unstable Lucifer in the Rain and their airily sedated debut record Taxis from 2009. But maybe they’re right to ask this of us. After all, what Zoos of Berlin has masterfully achieved with Instant Evening is the aural embodiment of time lapsed and time stopped and in several cases time reversed. A transcendental escapist mirror of the self and the whole, Zoos latest, first record is a new language in a native voice.

Their emblematic cadence is more well-rounded here, more complete as assisted by their collective patient tonality and fluid melodic velocity. There are comparable moments to the likes of Belle and Sebastian, LCD Soundsystem and most notably the late David Bowie’s final opus Black Star, but the comparisons aren’t a distraction as they usually tend to be. In fact, what makes Instant Evening an instant “yes” is its commitment to not only sound but to its deeply personal and uniquely porous temperament and languish whimsy. The opening track “Rush at the Bend” is an upbeat whirling dervish that uncorks the intent of the record, a gentle tug and ripping of the seams. The delicate balancing of layers within layers never feels thick or overthought. Case and point, “Spring from the Cell” an echoey and deliberate lamination of vocal harmonies, twinkling prom-night synths and dreamy acoustics. As the album progresses, the sensationalized belief that night is approaching grows apparent. “A Clock Would Never Tell” is a parade processional love song that begs to come in from the dark and the cold and leads shortly into “Always Fine with Orphan” a glittering and robust longing-for-summer anthem that manages to braid melancholy with pleasant memories of making love under the sun. We are left with the orbit-less “North Star on the Hill” which poetically stands alone on the record. Like hands missing each other in the night, gracing only fingertips before the invisible tethers pull and draw them apart, the albums closer is unassuming in its heartbreak. A swallowing of stars and a ghost caress, Instant Evening ends with an ellipsis.

Listen to the full stream below: