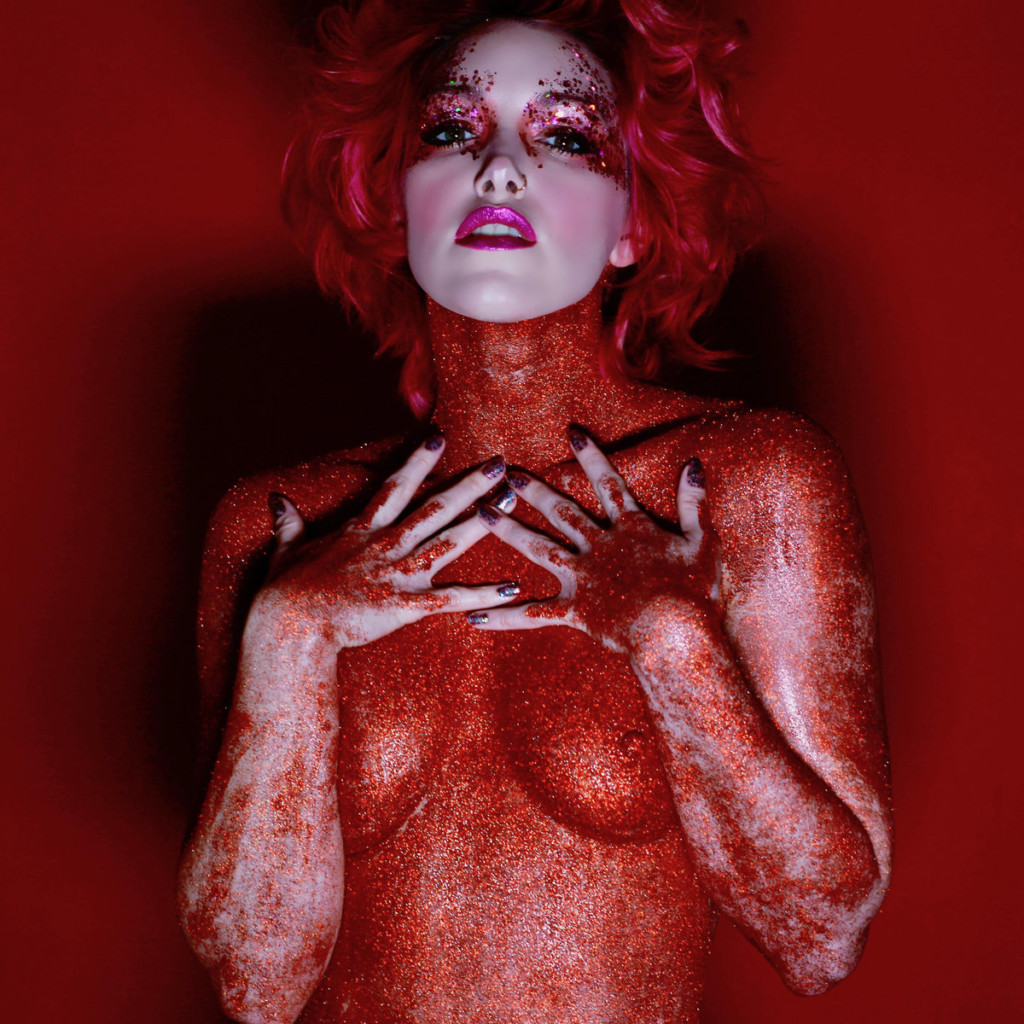 Their first album since 2015’s Back to Dreaming, Damn the Witch Siren’s latest release, Red Magic is brooding and addictive. The band’s tags on Bandcamp almost say it all: “electronic, electropop, pop, sex, witch rock, Columbus,” they read. But along with the sex, and the dance beats, and the fizzy electronics, Damn the Witch Siren have, once again, produced a project which manages to make lyrically ambitious work sound effortless.

“On nights when I’m feeling superstitious/I light all the candles and burn the corners of my room,” starts Red Magic on opener “Sex U Up.” But the exterior ritual set up by these opening lines quickly turn interior; attention transitions from the “room” to “skin,” which, much like the image of burning candles before it, “spills.” Simultaneous to this physical transition, the lyrics introduce a level of–apparently sensual–taste, which continues through the rest of the song; “superstitious” becomes “superdelicious,” though the similarity between the words suggests that the two are closely tied.

In other words, Red Magic immediately introduces a complicated relationship between body and ceremony, sex and superstition. But it succeeds in doing this work without sounding strenuous; singer Bobbi Kitten’s driving vocals, paired with a quickening dance beat, are irresistible, weaving together to make music which almost compels the listener to moan along – vowels, notes, whatever halves of lyrics you can hear over the throbbed electronic sounds.

Formed in 2012, Damn the Witch Siren is made up of Columbus locals Krista Botjer and Nathan Photos (stage names Bobbi Kitten and Z Wolf, respectively) who came together after discovering a shared interest in experimentation and interdisciplinary art. Since then, they’ve collaborated on three albums and one EP. It’s a pretty prolific output for two people in six years, and their live performances are even more ambitious – the pair draw on theater backgrounds to build elaborately composed performances heavy on visual elements.

The band’s been interested in gendered experience, sexuality, and magic since the beginning, so while Red Magic doesn’t necessarily signal a stylistic depart for Damn the Witch Siren, the sleek production and general breadth of sounds invoked exemplify the years and labor that have gone into the project. One stand-out on the album is “Forever Young,” which invests a full minute in layered beats and noises reminiscent of twinkling lights before Kitten’s voice is folded in. It’s an excellent paring of high and low: quicker, vibration-heavy noises sometimes migrate into piercing range, and Kitten’s voice is partially obscured by twanging synths, but a low and steady bass beat grounds the song throughout.

Above all, each song on Red Magic is dance-able – in fact, the album almost insists upon movement. It’s fun and finessed pop, anchored by lyrics deeply interested in embodiment and bodily possibilities. And until the band’s album release party (Saturday, February 10th at Spacebar, accompanied by Columbus’ own Betsy Ross and Osea Merdis), I plan on binge-listening; letting myself get lost in the varied sounds; feeling both scary and sweet.