In a huge party thrown at The Woodward Theater on Thursday night, the eighth annual Bunbury Music Festival lineup was revealed. The festival, which takes place May 31- June 2 in Cincinnati, has hosted artists such as Post Malone, Tom Petty, Ice Cube, The Chainsmokers and more on their two main stages. This year’s lineup boasts artists such as Fall Out Boy, Greta Van Fleet, The 1975, Girl Talk, Run The Jewels, Machine Gun Kelly, NF and several others.

Over 250 people gathered at The Woodward for the unveiling and the reveal was met with applause. The crowd, enjoying beer and food truck pizza, were also able to buy their Bunbury tickets at a discounted price and take photos in front of a logo wall. 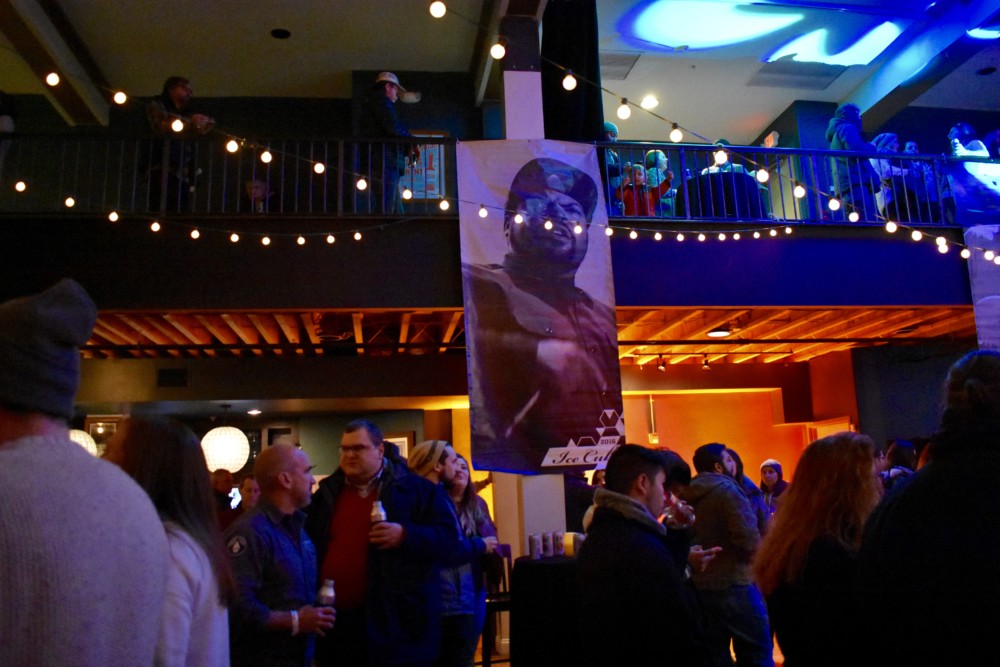 The upcoming festival has something for everyone, with the mixture of alternative, rock and hip hop genres that Bunbury is known for. Unfortunately, for the second year in a row, Blink-182 cancelled their Bunbury performance, this time saying it was due to their current album recording schedule. However, fans didn’t seem too upset and the lineup still includes a diverse range of impressive acts.

Head to www.bunburyfestival.com for info on where to book your stay in Cincy for #Bunbury2018!