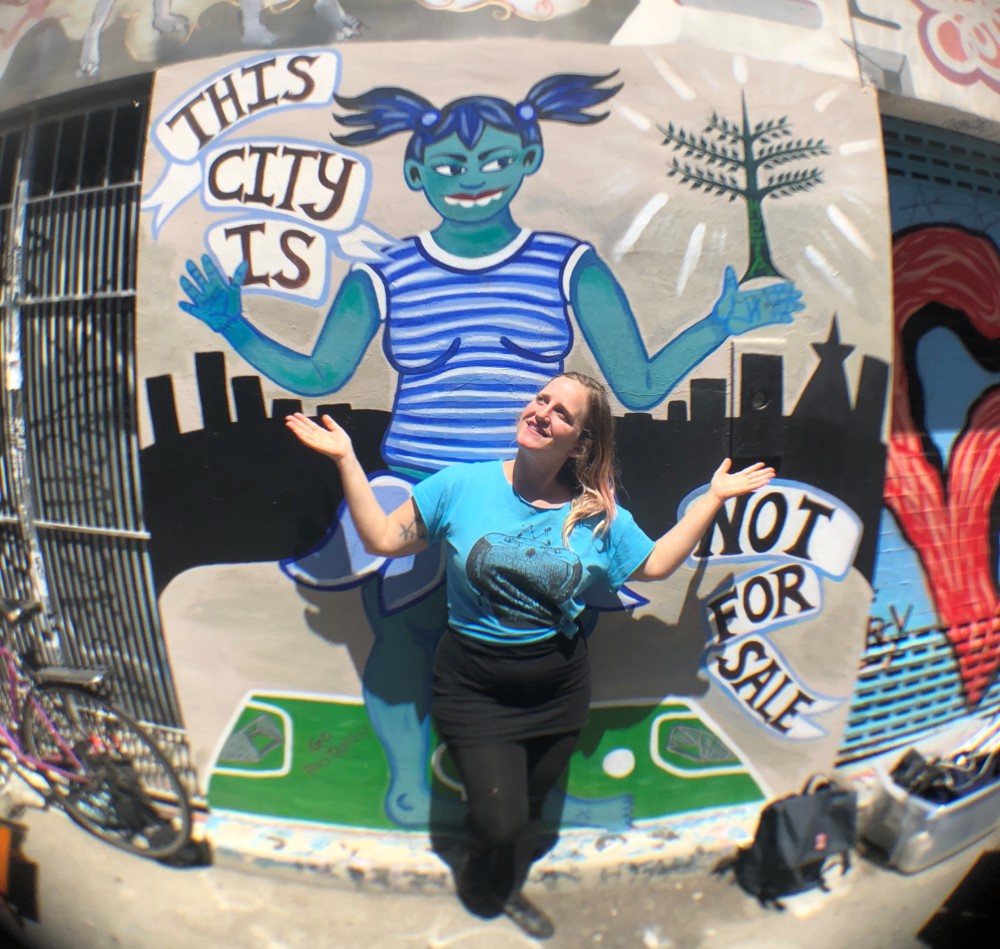 Ivy Jeanne wears many hats. Political femme activist, lead singer of Black Rainbow, muralist, and longtime San Francisco resident, are just a few ways to describe her momentum and dedication to our local community. We chat on Clarion Alley, in front of her very own mural (influenced by the controversial Dropbox soccer field incident in 2014).

Jeanne talks about her experiences touring and organizing activist work around a central ideal that “THIS CITY IS NOT FOR SALE.” Much like the message of her mural, Ivy Jeanne’s art fights for folks who stand up against gentrification. In recent years, Jeanne has also participated as an artist and coordinator in collaboration with Rebecca Solnit, Erick Lyle, Sarah Schulman and more to release Streetopia, an anthology detailing a vision for the future of San Francisco.

Check out our interview with her below to hear more about her.