When watching Hannah Zale and Carly Gibson, the dynamic duo at the front of Atlanta indie rock outfit The Pussywillows, perform on stage, it’s easy to get lost in the effortless synchronicity presented. They are perfect complements to one another, standing toe to toe and side by side, pushing — and encouraging — each other.

Offstage, they’re equally complimentary, full of exuberance, passion, and creativity. Hannah is lightning in a bottle, captivating the crowd with her dramatic mystique. Carly is equal parts intense and laid-back; quieter, but commanding and electrifying as she makes playing guitar look like something she was born to do (and trust us — she was).

The two women are committed to their music, performing together as The Pussywillows and in stand-alone projects as Zale, Carly Gibson, and Gibson Wilbanks. In the middle of their eternally busy schedules, Hannah and Carly sat down with Audiofemme to talk music and their otherworldly connection.

AF: Individually, you’re both incredibly talented performers, musicians, and songwriters; what made you decide to band together and form The Pussywillows?

CG: Thank you so much for the kind words and inviting us share our story! It’s funny how things organically happen. Hannah and I never thought about it much; we immediately started singing and writing together after we met. It felt like it created itself, with no question or hesitation. We were both strongly drawn to each other’s energy and our vocal tones happened to blend effortlessly.

From the very beginning, we’ve been riding on the same emotional life roller coaster, mirroring each other in our own fashion. Our lives seem to move in tandem and it’s one the most beautiful and healthy relationships to be a part of.  My weaknesses are her strengths and my strengths are her weaknesses; together, our polarity conducts some kind of unique power source that’s cathartically satisfying.

HZ: Well, dang. Thank you so much. I don’t think becoming a band was really a choice we made or something that we talked about at the beginning. We wrote together instantly and easily so we kept doing it. A lot of our connection came from being in the same place in our personal timelines and dealing with a lot of the same struggles. We still struggle and heal in tandem somehow. Carly makes me a better musician and person and that’s how I know we are onto something.

AF: How did performing as solo artists prepare you for working together as a unit?

HZ: I think our different backgrounds as solo artists are one of our greatest strengths as a band. While I was performing in Broadway musicals and reading books about artist management, Carly was already playing out gigs and soloing on guitar better than the boys.

We try to bring our experiences together to create a dramatic, energetic rock show that makes you feel something. We are yin and yang and let each other be completely who we are. We both felt like we were missing something playing alone that we have found in each other.

CG: We definitely had polar opposite backgrounds. In a nutshell, I’m from a weird hippie family full of musicians, and Hannah is from a musical theater-loving, Jewish doctor family. I was ignoring my homework and playing out in rock bands in high school while she was getting straight A’s and slaying Broadway musicals.

We grew up marinating in very different kinds of genres, but our common thread is ’90s music. The moody, chick-rock stuff is our jam, and was the vibe that inspired the songwriter within each of us to be born.

We strangely complement each other perfectly. Though we are opposites in a lot of ways, we share a soul connection that allows us to be on the same page, pretty much all the time. We catch ourselves harmonizing lines without meaning to and we often finish each other’s sentences with the same inflections and gestures. There is a whole lot of unconditional love and respect that we have for one another that’s the foundation to what we are as a unit.

CG: Our hardest time was going through a nightmare studio experience where we wasted a whole lot of our time and money on a debut EP we could never use. We were able to pick ourselves back up, as a team, without blaming or taking it out on each other.

I think our proudest moment yet has been able to finally define and refine our sound as a band; to be able to get to the essence of our vision and belief in who we are as artists. We get to create our own world that people seem to really dig stepping into with us. Packing out rooms with a hyped audience screaming “PUSSYPOWER” feels super satisfying, every time.

We’re proud to be women playing rock n’ roll that’s for everyone. We aim to take back the word that has been so harshly demoralized and connotated with “weakness.”  We believe in a balance and respect of feminine/masculine energy that resides in all of us. Being able to tap into our individual truth and power without shame or judgement is what we strive for every day, and we hope to encourage our audience and fans to do the same. 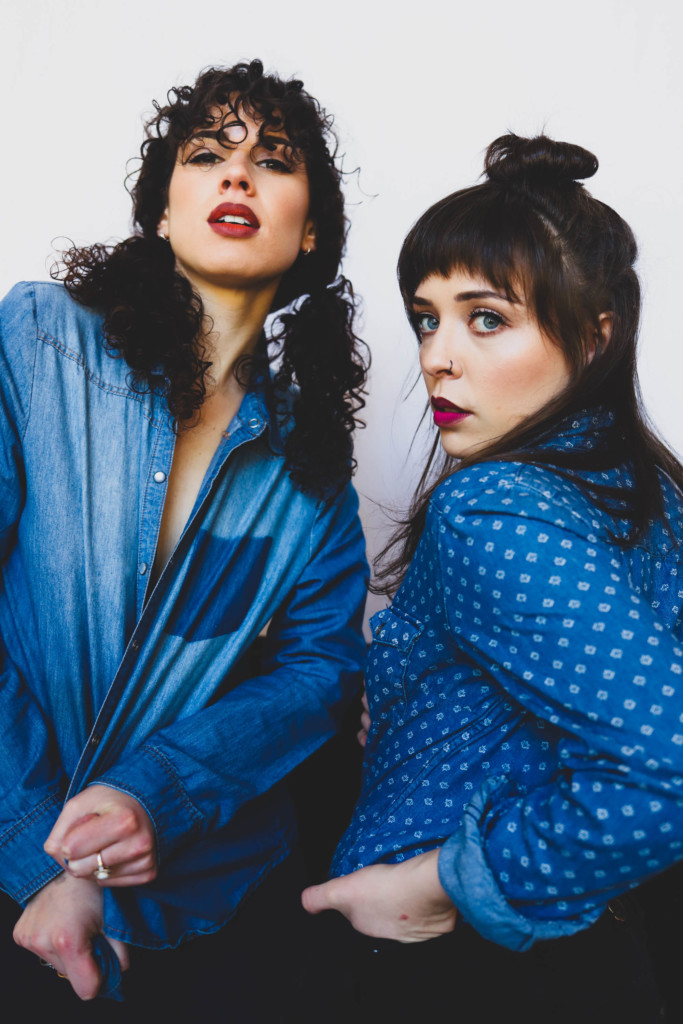 AF: Your sound is self-described as “Tarantino feminism.” What inspires the music?

HZ: Our music has that same neo-noir quality; it can be dark and has a sometimes sinister, shadowy feeling. We like to tell bold stories featuring strong female characters based on real events and people in our lives. We aren’t afraid to be a little cheeky and impolite. Tarantino doesn’t believe in linear timelines and neither do we; we live and write for the past and future at the same time. We want our music to be consumed, analyzed and enjoyed equally, not cause we are a “girl band.”

AF: Who has inspired you the most in your individual careers, and as The Pussywillows?

CG: Having a musical family was the most influential part for me. Music was constantly around and supported, which I am so very grateful for. My parents played in groups all throughout my childhood, and we went to a lot of concerts and festivals. Music has always been the coolest thing in the world to me and looked like the most fun way to express [myself]. I started playing guitar at twelve years old, largely because I wanted to be able to connect and communicate with my dad and brother on a deeper level, to fit in and jam with “the guys” and have stuff to talk about. My brother showed me some live AC/CD footage for the first time and after seeing Angus Young play, I thought to myself, “THAT’S what I want to do. That crazy, sweaty little man is having the time of his life. I want to feel that.”

It was mixture of artists like Jimi Hendrix, John Mayer, The Beatles, Bob Dylan, Neil Young, Bonnie Raitt, Grace Potter, Pat Benatar, Led Zeppelin, Heart, Joni Mitchell, Michelle Branch, Alanis Morrisette, Norah Jones, The Black Crows, Indigo Girls, and many others that inspired me to create music of my own. It all lead up to meeting – and eventually being mentored by – one of my local heroes, singer/songwriter/guitarist Caroline Aiken, who so kindly helped show me the ropes and gave me a platform to be heard in the Atlanta music scene. Caroline has also generously mentored Hannah and me as a duet to help tighten and refine our intricate harmonies, as well as giving us opportunities to share the stage with her.

Our sound is a melting pot. We naturally like to be diverse and dynamic by having a spectrum of feels, from light, heavy, to funky. Our biggest influences are Heart, Grace Potter, Black Sabbath, Led Zeppelin, First Aid Kit, Indigo Girls, Jack White, and of course ’90s icons like Meredith Brooks, Alanis, Nirvana, Red Hot Chili Peppers, TLC, and more.

Together, as The Pussywillows, we look to Black Sabbath, Tegan and Sara, The Runaways, Zeppelin, First Aid Kit, Jack White and lots more!

AF: You’re fixtures in the Atlanta music scene. How have the city and the creative scene impacted you and your careers?

HZ: We adore playing music in the ATL! The scene here is exploding with talent. Depending on the neighborhood, I get to practice my jazz chops or write an R&B hook or headbang to live metal karaoke. Over the last couple years, we have formed this inner circle of players, producers, engineers, writers, dancers, venues, and filmmakers that have helped us take our art to the next level. These professionals are true friends who challenge us to dig deep and never give up on our goals.

HZ: Girl, you know we have big plans for 2019! We are putting out a 5-song EP this spring, along with music video shorts for every song. We are playing hometown shows and touring! We are also going to be in the studio working on more new pussylicious music. We are pushing ourselves to do what feels good and leave the rest behind.

Craving a little more #PussyPower? Connect with The Pussywillows on Facebook and Instagram for the latest and greatest.