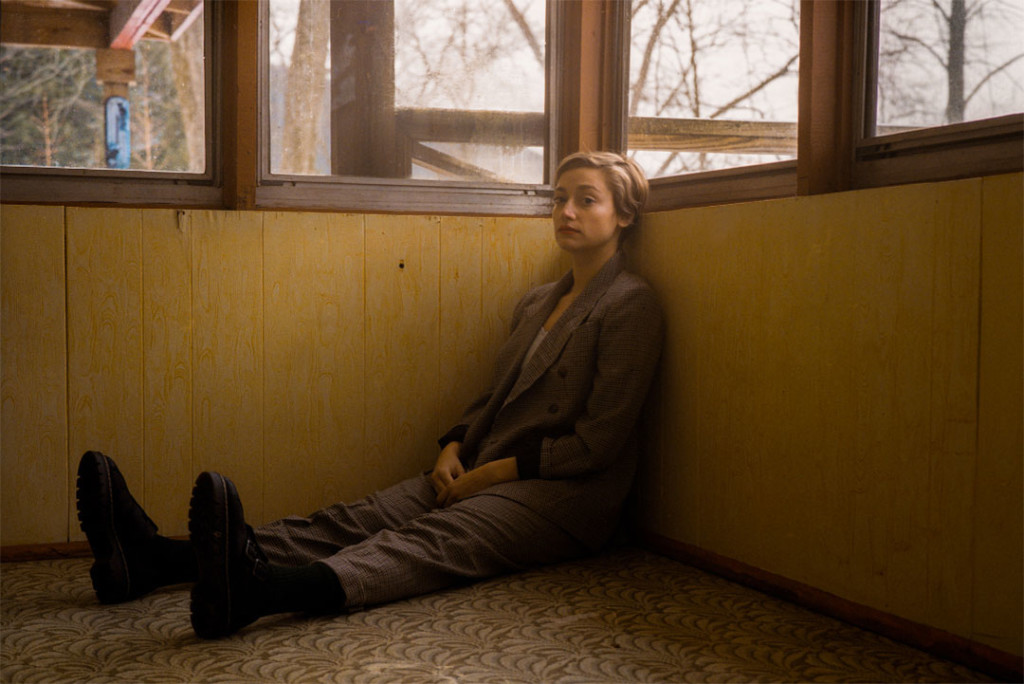 ONLY NOISE explores music fandom with poignant personal essays that examine the ways we’re shaped by our chosen soundtrack. This week, Tamara Mesko details the resolution that led to revolution when she decided to bring more music made by women into her rotation. Check out her playlist here.

New year’s resolutions are generally difficult for me to keep. Lofty goals are written down, gym memberships are acquired, healthy recipes are copied to a vision board. But a few weeks into the dark winter, all is abandoned in favor of binge-watching shows and eating comfort foods. Instead of repeating this unsustainable cycle, over the past year I’ve set intentions for myself in areas where I actually felt willing to be challenged, and then worked out the details of incrementally pursuing these ideas. As someone who’s almost constantly listening to songs, I’ve realized that the bulk of my music library consisted of albums by male artists. Looking to diversify and expand my music-listening habits, I decided to immerse myself in more music made by women. By devoting my time and funds to prioritize and promote female musicians, I hoped to amplify their voices and support them. Seeking out women who hadn’t been publicized by the traditional gatekeepers led me to discover such an incredible variety of albums that have transformed my life in countless ways. The connection I now feel with these women has revolutionized my perspective, repaired my self-image, and encouraged me in my daily attempts to navigate the male-dominated world.

One of the most transcendent moments of my year was the night I saw Petal opening for Camp Cope in concert. Both bands are primarily made up of women, and the crowd that night was as well. Petal is primarily the work of bandleader Kiley Lotz, who was touring in support of her second album for Run For Cover, Magic Gone. I’d heard a few of her songs before that night, and was instantly transformed by her performance. The unique energy emanating around the venue was overwhelmingly beautiful. I don’t think I’ve ever felt so safe and supported at a show before; at concerts where the band members and crowd skew heavily toward the male side, underneath any positive feelings I have about the music, there’s a constant apprehension, an edgy anxiety that covers my decisions with a shell of protection. Hearing Kiley’s vulnerable stories about mental health between her stunning songs felt like a revelation. Her encouraging and therapeutic presence filled the room with a redeeming light.

Another musician I discovered in the last year was Lucy Dacus. Her latest album, Historian, is a masterpiece, and convinced me that seeing her on a headlining tour early this year would be well worth my time and energy. The evolution happening in my psyche that night was a direct reaction to Lucy’s boldness throughout the concert. Her voice exuded incredible power from the very start, when she opened with a brand new song, to midway through, when she decided something felt off and had to restart another. Her admissions of imperfection spread a sense of authenticity into the audience, urging us to join her in singing through our problems, perceived or real, that we’d carried in with us. As I drove home, I felt my levels of compassion for and confidence in myself rising to new heights.

By extension, I’ve been slightly obsessed with boygenius, a newly formed supergroup comprised of Dacus, Phoebe Bridgers, and Julien Baker (whose music I was already familiar with). All three are masters of their solo craft, yet I was unprepared for the overwhelming harmonies they created together. The day the album was released, I was at the ocean at a women’s retreat, harboring some disappointments while feeling generally directionless. Breaking up the communal times spent with friends by walking along the shore with these songs in my headphones gave me such solace and was a perfect reprieve from “real life.” Singing in community is a sacred act, one that’s sustained me long after that weekend ended. Indeed, the women of boygenius are incredibly supportive of each other, and the music they produced while cheering each other on encourages me to try to infuse my daily tasks with this same love and support for myself.

Lesley Barth’s music came into my life this summer just as I’d canceled on an opportunity to see a male musician playing that same night. I’m sure his show would’ve been good, but seeing Lesley impacted me on a much more deeply personal level. A New York City native, Lesley has been singing and performing for many years. She released her first full-length album, Green Hearts, in 2017, and in a live setting, is engaging and connected to her audience. As part of a local concert series, her set was more of a conversation, with intimate stories to go along with each song. I felt inspired and proud of her as she talked about quitting her unfulfilling office job to pursue being a full-time musician, about how much she loves sad songs, and about how frequently we as women struggle to develop and maintain a healthy self-image.

I haven’t yet had the privilege of seeing Mitski in concert, but she manifests a particular bold energy on her fifth album, Be The Cowboy. These songs seem less personal than her earlier work, though just as powerful. Through a more fictionalized worldview, she introduces a character in “Nobody” who tries on countless personas in an attempt to avoid loneliness. As she progresses through this montage of selves, she realizes that not only is she still alone, but her acts of desperation are destroying the very possibility of connection. Throughout the album, Mitski continually subverts expectations, musically and lyrically, while describing ways to develop a more authentic sense of self.

As a late-December addition to my absolute favorites, I first heard Tomberlin on a podcast, discussing her restrictive religious upbringing. I promptly bought her debut album At Weddings, and was struck by how wise she sounds, how much of her background she’s already deconstructed in a healthy way. Her voice has a stark beauty and a healing quality. She both anchors and directs me in how to dig myself out of my struggles and gracefully move forward. “I’m Not Scared” works its way in mid-album to speak honestly of the female human condition: “And to be a woman is to be in pain / And my body reminds me almost every day.” It’s a song that destroys all my defenses so effectively that I actually don’t want to know specifically what it’s about; I want it to simply exist as a daily incantation for women everywhere to adopt as our own.

For a lot of listeners, music is mainly background noise, something to occasionally notice while they’re busy doing something else entirely. For me, music is a lifeline, and it’s been revolutionary and breathtaking to find new perspectives along that line in the past year. I’ve discovered new facets of my identity that I didn’t realize I was missing. Diversifying how I listen to music and which artists I decide to support has become a year-round, life-long resolution.