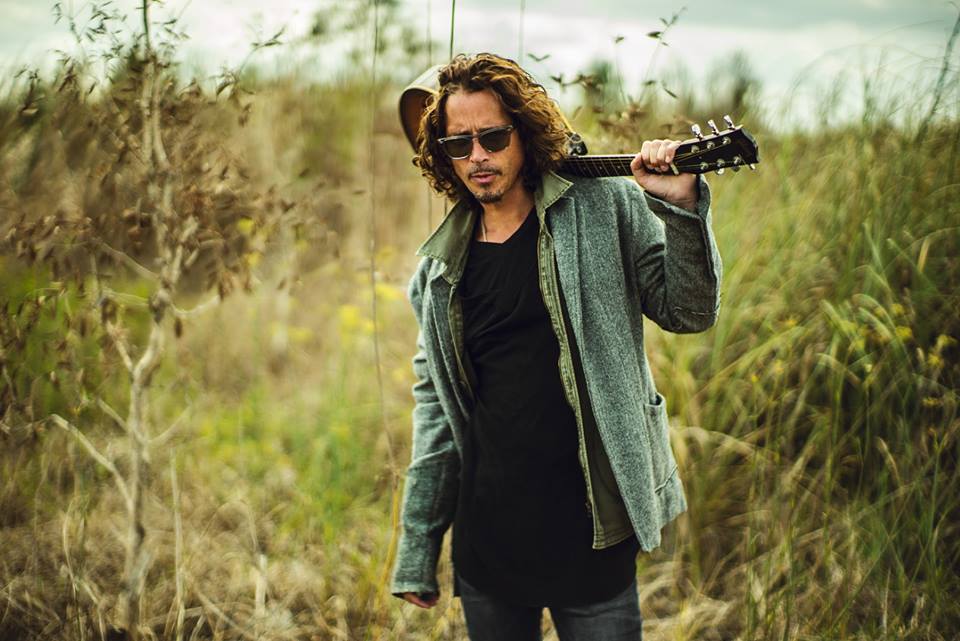 ONLY NOISE explores music fandom with poignant personal essays that examine the ways we’re shaped by our chosen soundtrack. This week, Tawny Lara navigates sobriety with a reminder from a musician who lost his battle with addiction.

May 18th marks two years since the world lost Chris Cornell. The frontman for Soundgarden, Temple of the Dog, and Audioslave had openly discussed his struggle with substance abuse, depression, and panic attacks that started when he was 14. He had been sober for thirteen years before relapsing, just months before his suicide. Cornell shared about his addiction in a now infamous 2006 Spin interview:

“At first [alcohol led me] to prescription medication and then to pretty much everything. I’d had several years of being in control of my alcoholism. I was pretty reliable; I took care of business. And then when my personal life got out of hand, I just got loaded. So I went through a couple of years of depression again. I didn’t eat, I drank a lot, I started taking pills, and at some point you just get sick of it. I was pretty sure that nothing like that would ever happen to me. Then I ended up having as bad a problem as anyone’s going to have and still be alive. So I realized I’m not special. I’m just like everybody else.”

Cornell’s quote resonated with me on a personal level. I didn’t know it at the time, but my sophomore year would be my last traditional year of high school. I passed out in science class from a near overdose on Xanax and Hydrocodone and got expelled during junior year. My father (a heavy metal musician) was in and out of my life at the time, dealing with his own depression and alcohol abuse. My mother (his former groupie/music trivia aficionado) was there physically but preoccupied with her own mental demons. I was an only child who desperately needed guidance, and I settled for drugs instead. I went on to abuse drugs and alcohol for fifteen more years. I finally got clean at age 30, documenting my entire journey along the way on my blog, SobrieTeaParty.

In my first few months of sobriety, I experienced what’s called a “pink cloud” – life at a higher frequency. Colors were brighter, sounds were louder, feelings were stronger. I remember calling my dad, who’s now sober, asking him if he’d experienced these sensations, too. True to his heavy metal roots he said, “Yeah… it’s like life is turned up to 11!” We laughed, on the same sober journey together.

In my sobriety, drug-related deaths began affecting me differently. Scott Weiland died on his tour bus in 2015, five days after I quit drinking. He was 48. When I heard the news, I grabbed my heart. It felt like someone had stuck a pin in it. I couldn’t stop thinking, This could have been prevented. I envisioned Weiland’s lifeless body on his tour bus. For the first time in years, I thought about when I passed out in science class. I felt the gravity of that situation, realizing that I almost died, too. That feeling returned when I heard the news of Chris Cornell’s suicide in 2017. This could have been prevented. That familiar ache came back just two months later, when Chester Bennington, the 41-year old lead singer of Linkin Park and Cornell’s close friend, took his own life on what would have been Cornell’s 53rd birthday. This could have been prevented. Bennington was the godfather to Cornell’s son; he also sang “Hallelujah” during Cornell’s eulogy. These people – these young people – were dying because of addiction and mental health issues. Through therapy and support groups, I was able to identify and work through the reasons I drank and drugged in the first place. Once I understood my own mental health issues, I could finally understand mental health and addiction on a macro level.

In addition to hearing and seeing things differently, sobriety also helped me relate to art on a deeper level. The lyrics to Audioslave’s 2005 hit, “Doesn’t Remind Me” suddenly made sense to me. Around this time, I was struggling with something I learned was called “sober firsts” – experiencing activities all over again, one day at a time, without drugs or alcohol. I wondered what life would look like when it came to dating, going to a concert, and dealing with my family during the holidays. My wondering led to extreme anxiety and complete avoidance. So, I found happiness in the present moment – simple things like enjoying the scenic route to the A train, establishing “the usual” at the same few restaurants, and going home right after work to enjoy downtime. The lyrics to “Doesn’t Remind Me” are about finding pleasure in mundane activities to avoid thinking about the heavier things in life. Or maybe this is what I need those words to mean.

The lyrical structure to “Doesn’t Remind Me” follows a basic formula: “I like ______ and ______ ’cause it doesn’t remind me of anything.” Cornell sings these lines in a calm, melodic manner, allowing the listener to relax with him as he lists the things he likes to do.

For the chorus, Cornell disrupts the song’s established calm demeanor to deliver his iconic raspy scream. This scream takes the listener to a more heightened state of emotion while Cornell alludes to how he was hurt in the past:

The line, “the things I’ve held sacred that I’ve dropped” inspires me to meditate on what I’d subconsciously dropped in my life while I was active in my addiction (writing, physical/mental health, self-love) – as opposed to behaviors that I’m consciously learning how to let go of in sobriety (saying yes to everything, letting anxiety overpower my thoughts).

Thanks to therapy, peer support groups, and support from loved ones, I’ve learned how to work through those fears that held me back in early sobriety. I figured out how to date, and even found love with another person in recovery. I’ve discovered the joy in actually remembering sober concerts. And when it comes to family, I now have the tools to speak up for myself, establishing boundaries in order to make family time less stressful.

Based on some rough calculations, it appears that Cornell was around one year sober when Out of Exile, Audioslave’s sophomore album which features “Doesn’t Remind Me,” was released. I don’t know what Cornell went through when he was writing this song; I can only speak on what it means to me. When the temptation to get lost in anxiety comes my way, I play this song, allowing it to return me to the present moment that doesn’t remind me of anything. I appreciate it because it does remind me that I’m not the only one who feels overwhelmed by the past. The voices of Cornell, Weiland, and Bennington still inspire me to grab my heart, reminding me why I’ve chosen a career as a recovery advocate. I’ll continue to do my part to raise awareness in hopes that one day we can all stop saying, This could have been prevented.