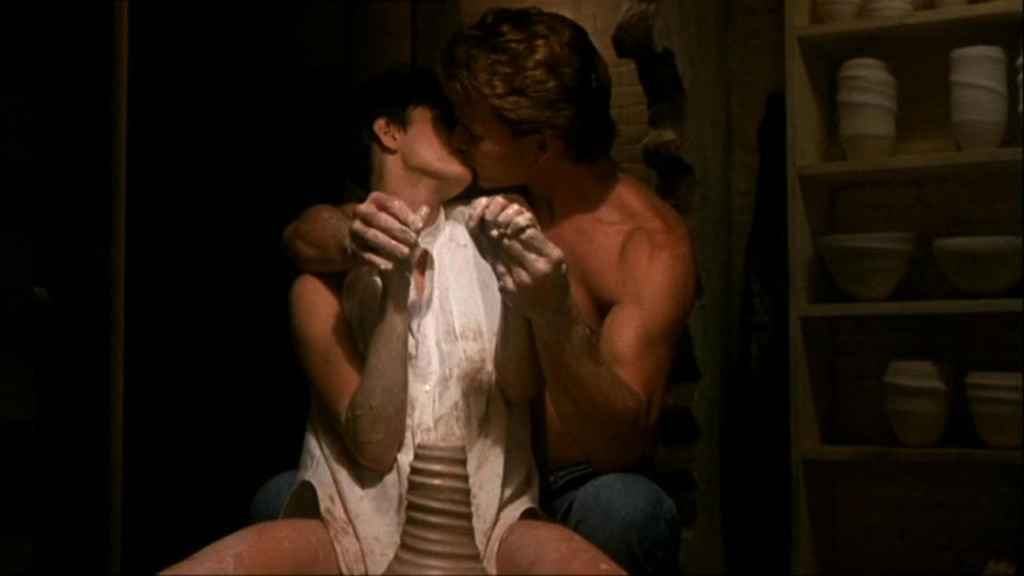 Some might say that sex without love is like music without soul…but what is sex without music?

It seems natural enough that someone who obsesses about aural pleasure and its many applications on the daily, would also wonder which sounds best suit oral pleasu– you get the idea. But all puns aside: if I am to write about the personal, idiosyncratic links we have with specific music, how can I respectfully gloss over musica sexus? Which is fake Latin for “sex music.”

It is a worthy genre, and not only for those of us who live our lives thinking up Top 10 lists for every possible occasion. I’ve heard many say that they don’t like to have sex to music; perhaps they don’t think of it, find it distracting, or can’t take the DJing pressure in such a moment. Others like my good friend Fletcher* say it “feels cheesy” and that it was something he “did more in high school.”

And I hear that. High school was when you were still figuring out how to navigate the difficult, terrifying and oft-taboo world of sex. You had little to no prior experience, and most likely based your moves off of those you saw in movies. So you stood outside your love’s window, goliath boom box foisted above your head blaring “In Your Eyes” by Peter Gabriel. It worked so well for John Cusack in Say Anything! Or perhaps you put on “Unchained Melody” by the Righteous Brothers after watching Ghost. Maybe you even got out some clay and a pottery wheel. You didn’t know any better!

At the unromantic end of the spectrum, sex music was just practical back then. You needed something to mask the coital cacophony you and Kateigh were making from your unsuspecting mother down the hall. Sadly few New Yorkers have escaped this sound barrier reality, as playing music while boning is a frequent necessity when living with roommates. It doesn’t actually work though.

But I refuse to accept that shagging to a soundtrack is only for teens and broke city-dwellers. Despite how “cheesy” and juvenile some might find it, I’m always down for some rock n’ roll in the hay…provided it’s awesome.

The foreplaylists (sorry!) that have intrigued me the most came when I least expected them to. A personal favorite was when a nerdy, socially inept and tame lover put on “Girl” by Suicide right before he pounced on me. The sounds of “ding!” abounded in my head as his points accrued for a) liking Suicide and b) knowing this particular song would light my fire. It’s not the kind of ditty you would think to diddle to immediately, given its eerie, ominous tenor and bouts of murderous screaming – one might wait at least until the second Tinder date – but I loved it. That was probably the only good thing he did in the relationship, and I commend him for it.

Another beau had the genius idea to screw while the entirety of Loveless by My Bloody Valentine played in the background. A song is great, sure, but if you can find an entire record to listen to instead, you’re golden. An LP ensures adequate length and a consistent atmosphere. Loveless is perfect because it is gritty and romantic all at once, and you can’t understand a damn word anyone is singing, which is even better (you’ll find out why later).

Another record I have a fond, sensual affection for is Television’s Marquee Moon, especially the title track itself. I can’t point out any specific factors as to why other than the back catalogue of my personal spank bank, but that’s good enough for me. All of these songs, paired with their role in my sex life have so swayed me behaviorally, that when I hear them I get turned on. Which is kind of kickass.

Though despite these triumphs, partners have not always been victorious in the erotic disc jockey department. The same man who was wise enough to put on “Girl” later selected a track to lesser applause. It was 1991’s “Bitch Betta Have My Money” by rapper AMG. A song bursting with such poetic lyrics as “there ain’t nothin’ like black pussy on my dick” and “you can suck the dickity-dick but I’m gonna charge you a nut.” I bear no issue with this cut musically, but no one ever got a woman into bed by telling her to “suck the dickity-dick.” Sorry, AMG. You can kiss my assity-ass.

Another snafu occurred when the most loathsome person I ever dated put his iTunes on shuffle pre-coitus. There we were, rolling about on his poly-blend sheets, when Tegan and Sara’s “Back In Your Head” boomed out of his speakers. I jerked away from him, so very confused by his Tegan and Sara fandom, and thoroughly enjoying how mortified he was. He scrambled to his desktop and switched his “uncool guy” music to his “cool guy” music, which was “Uncontrollable Urge” by Devo.

I learned many things that day, namely that denying your love of Tegan and Sara does not make you manlier. But I also learned that no moment hinges more upon mood than the moment before sex. One should be ever so careful to ensure the music is not on shuffle.

And what about sex for a vinyl lover, such as myself? If you think putting a condom on is “awkward,” try committing coitus interruptus when the first half of Daydream Nation finishes up, or worse, skips. Out of bed, to the turntable to flip sides or frantically dig through records in search of something else. Who knew high fidelity audio could be such a cock block?

Despite certain studies on the matter of sex music, some of which claim that classical tunes are the best thing to get freaky to, what I’ve learned is that one can’t rationally explain why some songs work and others don’t. It’s like the mystery of attraction and fetishes; there isn’t always a 1+2=3 answer. “Love songs” are rarely what get me in the mood. Songs about sex are often laughable and cringe worthy when you’re about to actually have sex. And I’m sure some people would be horrified if I scored their sexcapades with what I prefer. Nick Cave anyone? The Cramps? Or what about “Cold Discovery” by Smog (the Peel Session please!)? Not for everyone I’m sure.

I was finally able to get an answer from Fletcher about what he used to put on for “a romp sesh” in high school:

“’A Punch Up At a Wedding by Radiohead’ was my favorite,” he admitted.

I give it a listen for the first time in years and realize that this song will never be the same for me again. I cannot unlearn what I have been told. Just as my own intimate history augments the songs I love, so now has his. Images form, and I don’t necessarily want them to.

I guess that you can have sex without music. But I am now near convinced you cannot have music without sex.