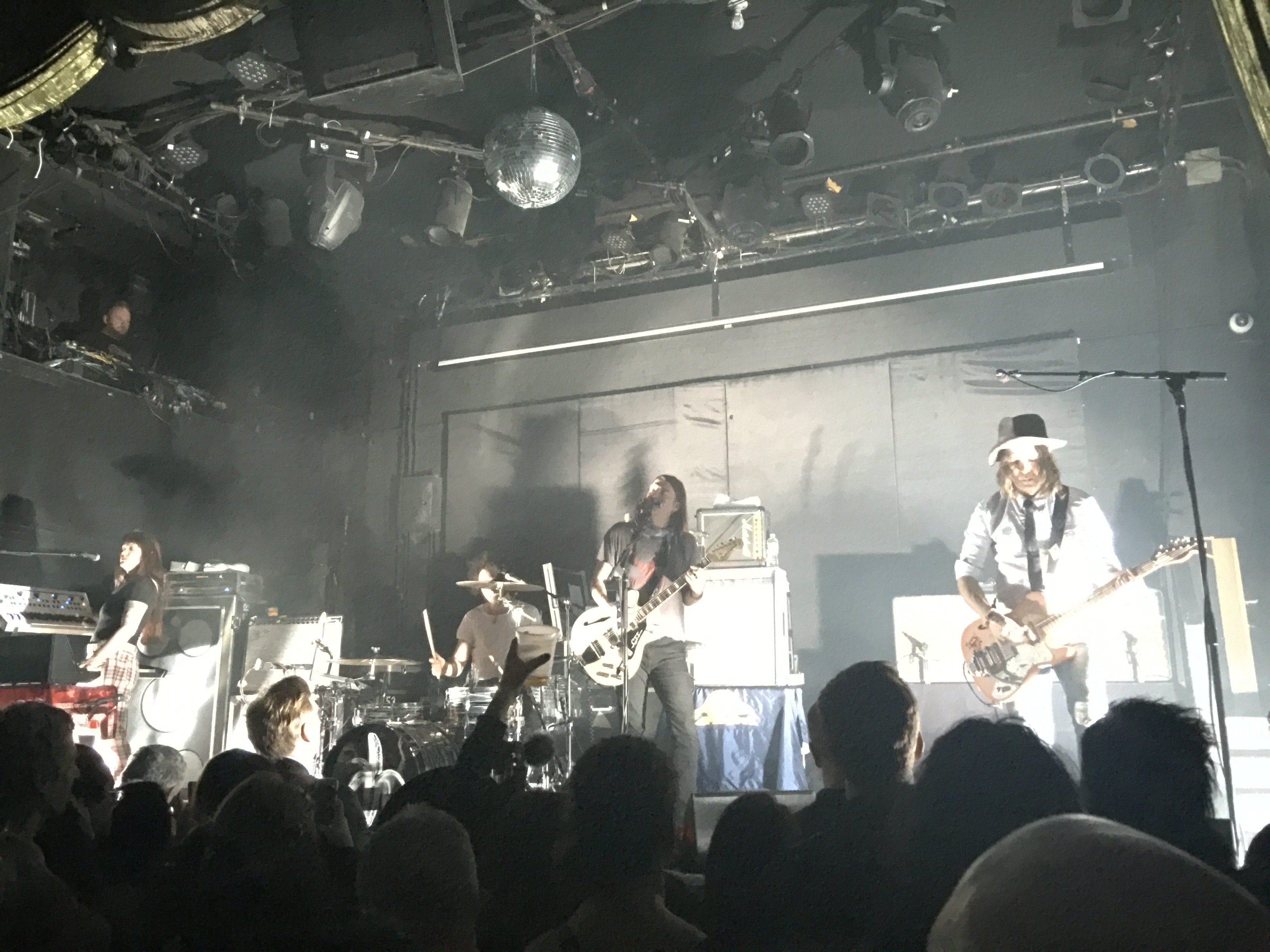 If you haven’t had the chance to see the Portland-based, 1994-born garage rock band The Dandy Warhols live yet, here are three reasons to catch them before they wrap up their Distortland tour:

1. They’re one of the rare bands that sounds even better live than they do in recordings.
2. They’re also one of the rare bands that has managed to outdo the work it became famous for in the 90s and early 2000s.
3. They’re touring with the Louisiana-based Seratones, which blend punk rock with gospel for a truly unique sound.
All three of these facts became clear during the low-fi alt-rock band’s stop at New York’s Bowery Ballroom Wednesday, April 13. On stage, each member’s quirky qualities rounded out the show.
Lead singer and guitarist Courtney Taylor-Taylor possesses what Simon Cowell would call “superstar quality.” His stage presence is attention-commanding, magnetic, and larger than life, and his performance is carefully choreographed, from turning away from the audience during guitar intros to casually commenting, “We inherited an empty, dirty New York from the 70s.” Drummer Brent DeBoer’s playing is equally clean and seamless, and keyboardist Zia McCabe uses the mixing skills she’s picked up as a solo DJ to play around with the sound. Guitarist Peter Holmström is the odd stepbrother of the Dandy Warhols family, perpetually shuffling around stage left in a feathered fedora. 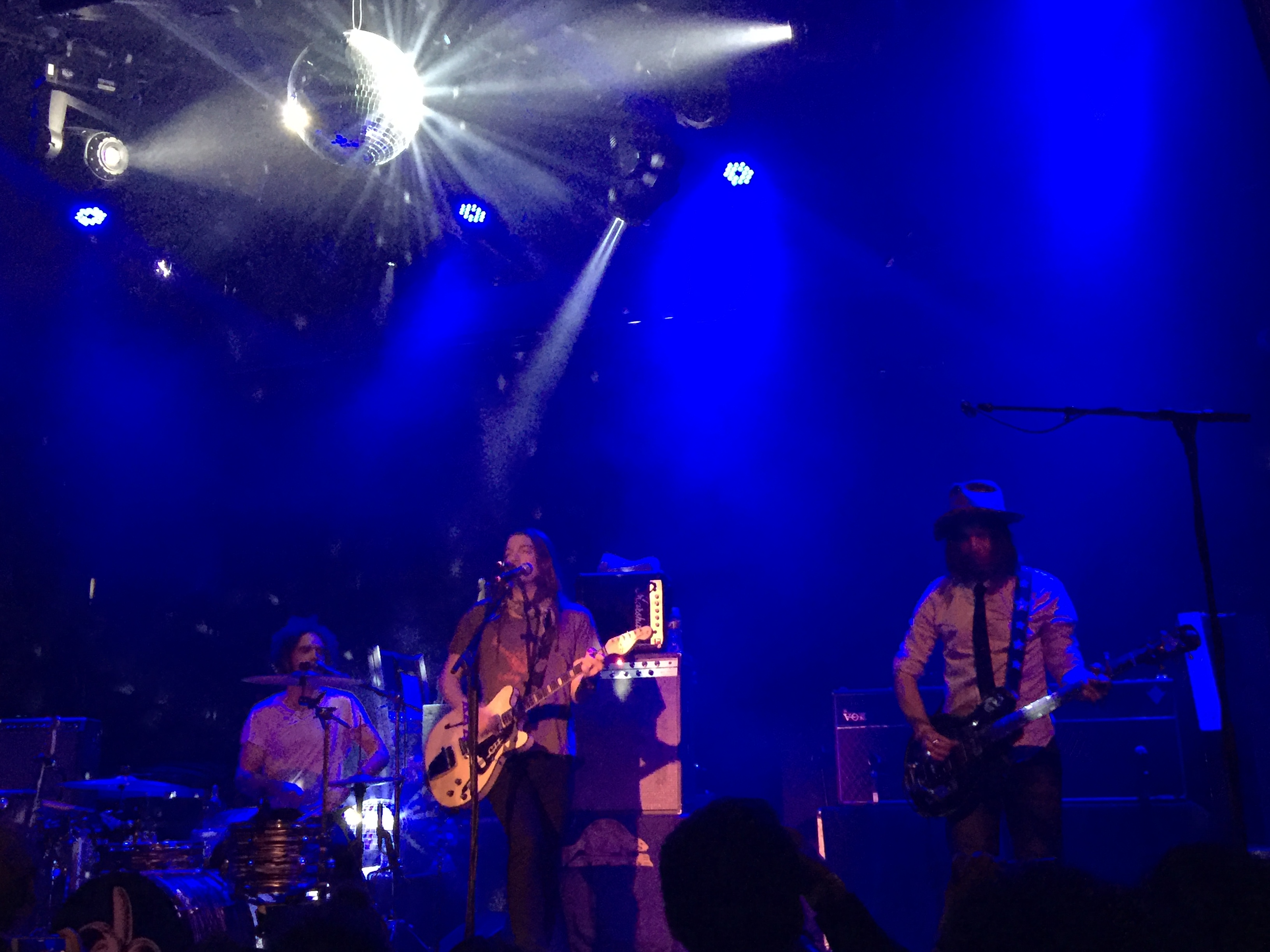 While the audience went crazy for old hits like “Bohemian Like You” and “The Last High,” it was impossible not to also sing along to the new singles “STYGGO” and “You Are Killing Me,” even though I’d never heard them before. (Seriously, download Distortland and put them on now. You will feel like you’re at a beach party.)
Aside from their visual intrigue, what makes The Dandy Warhols so thrilling to watch live is that simple, repetitive hooks like “I like you” and “do-do-do-do-do” are so freaking fun to sing along to, though it’s Taylor-Taylor’s sultry baritone voice that trademarks them. 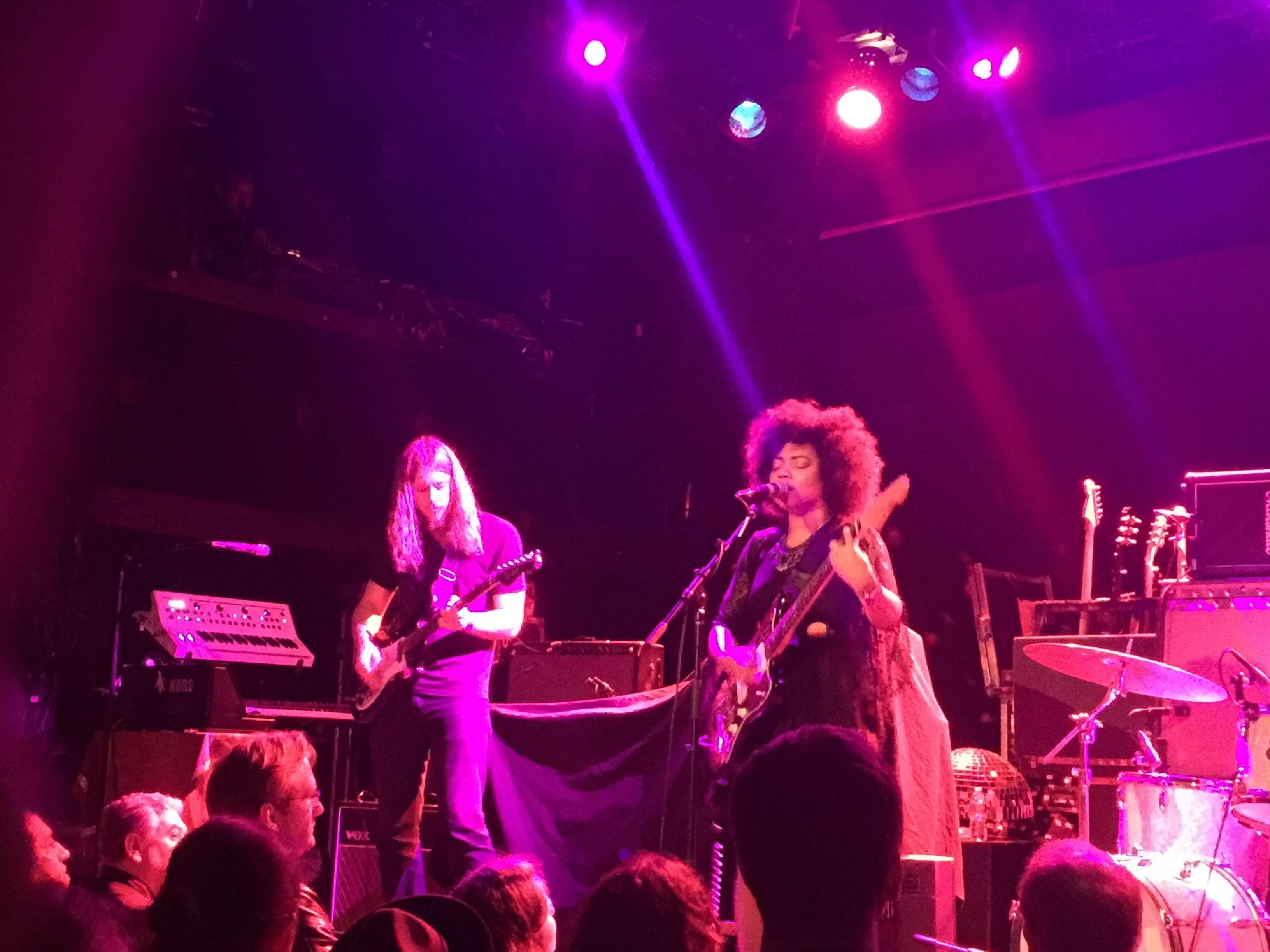 The Seratones also energized the audience with an exuberant opening set that involved lead singer and guitarist AJ Haynes hitting a tambourine and jumping into the crowd.
After the series of infectious performances, the evening’s energy fizzled out when The Dandy Warhols declined an encore. So, I left the venue, plugged my earphones in, typed “Dandy Warhols” into Spotify, and scrolled to their live recordings.