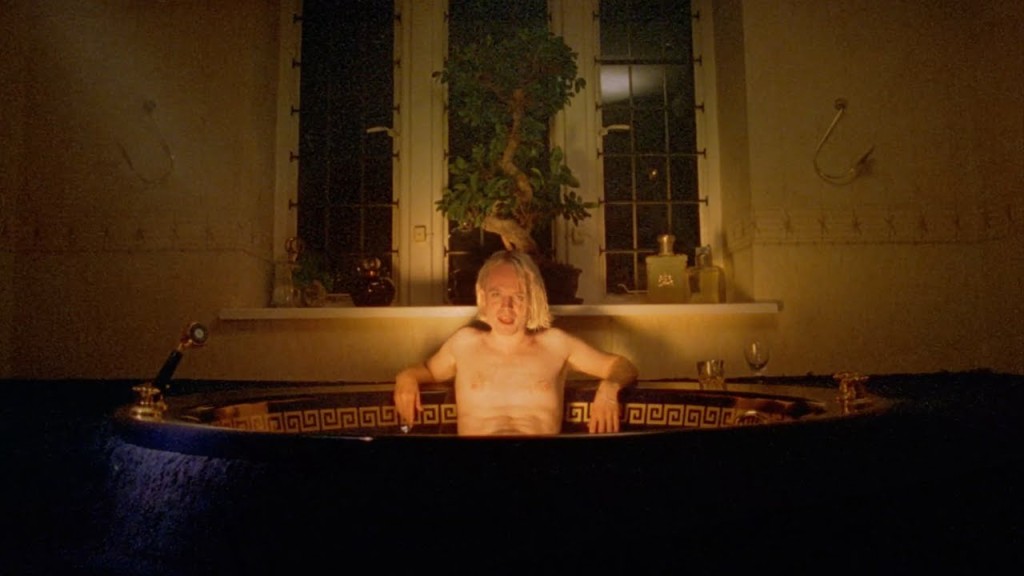 Never bring a boy from Texas to a Psychedelic show. This is one of the many lessons I learned while watching Connan Mockasin perform with his band of merry pranksters last week. The white-haired man from New Zealand headlined the Bowery Ballroom Thursday night on an early leg of his North American tour.

I arrived with the Texan quite some time before Mockasin went on, and naturally we saddled up to the bar to lubricate our wait-time. I’m not sure what my thought process was before I showed up to the Bowery, but somehow I found myself sitting with a thimble-sized gin and tonic, a bit taken aback by the throng of people clotting the perimeter of the horseshoe-shaped bar: they were a bunch of weird lookin’ kids.

Rarely am I surprised by details such as this. I tend to anticipate most crowds to a tee; I assumed a number of people at King Khan and the Shrines would be in costume, I expected that the Nathaniel Rateliff lot would be low-key. It’s not fucking ESP, but these things are consistently predictable. So maybe I hadn’t taken the time to think about what kind of birds would flock to this show, but their feathers amused me nonetheless.

Now on display: Man-in-Fez-and-Sunglasses, Girl-in-Windowpane-Plaid-Skirt-Suit, The-French-Beige-Trench-Twins, Man-in-Windowpane-Plaid-Skirt-Suit, and Boy-with-the-Blue-Rinse-Hair. Of course a dude in a dress is not a signifier for evangelical weirdness-this is New York after all, and cross-dressing turned vanilla-white-bread before the damn moon landing. That being said, there was an airborne sense of fun as well as a cultish enjoyment in everyone’s eyes, and this filled me with more eagerness for the show I was about to see.

The weirdness did not stop at the crowd’s wardrobe choices. Connan Mockasin took to the stage with a touch of messianic flair. At first there was just his band, a motley crew of strange-os with the outfits to match: the rhythm guitarist in red velveteen topped with a beret, a keyboard queen lengthened by a Morticia Adams gown and a fur cap that seemed to have a pig’s tail sprouting from its summit. It was already a visual banquet. I searched the stage for Mockasin, wondering if maybe he’d changed his hair, since I saw no evidence of his white-hot crop anywhere. Then suddenly, as if springing from a subterranean trap door, he appeared on stage. Maybe he’d been slithering through the crowd and I hadn’t noticed, but I batted a lash and he was there, a radiant alien amidst his cult of Earthly disciples.

Mockasin delivered every syrupy guitar lick that had enticed me in the first place, and with more style than I could have hoped for. He just sort of undulated all over, crooning in his freakish falsetto that sounds like the acid-bathed lovechild of Barry Gibb and Kate Bush. At one point he took a hearty swig from a wine bottle, and proceeded to use it as a slide on his fret board. It sounds showy, yet Connan possesses such an understated amount of charisma and humility that his performance was natural at best, slick at worst.

The presence of his band seemed less convincing in the sincerity department-they almost seemed gimmicky and ironic, the sort of people who long to be bizarre, whereas Mockasin has no choice: the man belongs in a curio cabinet. The stage became flooded with a cast of extras, many of the people I’d seen in the crowd earlier that evening: Fez-Man, Skirt-Suit-Guy, among others. Whether they are in the band, are friends, groupies, or just random people I’ll never know, but their presence added a surreal seasoning to the night, lending Connan a Manson or Kesey-esque quality as the leader of some jam-band ensemble of Renaissance Fair enthusiasts and identity politicians. They flailed around the stage shaking eggs, tambourines, and themselves.

It was quite a sight, but  the Texan wasn’t buying it. If he could have maintained a constant state of eye-roll he would have, though I couldn’t blame him for this reaction entirely. Right against our backs was a gaggle of plausible Burners hopping around like coked-up jesters and attempting to replicate Native American ceremonial singing. It was distracting, obnoxious, and a little too much for my Lone-Star companion to handle. He left ten minutes before Connan performed his final two songs, and five minutes before the highlight of the evening. As my friend Maria and I waited together for the encore, the gaggle of shitheads were gyrating right behind us, encroaching on our space and placing the last straw on our backs. Maria, a woman who possesses as much luck as she does sass, turned around, tipped her gin and tonic ever so slightly, and poured just the right amount on the main offender’s crotch.

Somehow we got away unscathed, though I’ll never understand how. I can’t say the same regarding the dignity of the man who looked like he peed himself.

Lesson number two for the evening: make sure your feistiest friend is twice as charming as she is mean.

Thank you Connan. It’s been weird.  But good.