Please join us on Tuesday, October 16th at Spike Hill, for AudioFemme’s inaugural CMJ showcase. In order to give you a preview, we’ve written a little introduction to each artist in the lineup. We love them, and hope you will too! Doors are at 12:30 PM.

The girls at AF 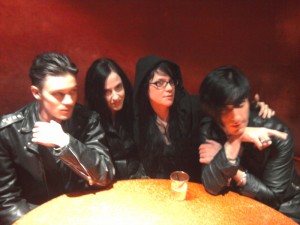 Autodrone combines many of the best elements of our favorite genres, including dreampop, shoegaze and experimental indie rock. Formed in 2002, their career has spanned an entire decade of music—a decade during which technological innovations in live and recorded performance have changed the face of the industry, changed how we listen to music and upped the ante for bands looking to make an inimitable mark on the scene. Autodrone has managed to withstand the crucible of the aughts, emerging with gusto. This in our opinion is due to a few important aspects of who and what they are as musicians. First, Katherine Kennedy’s voice is timeless, both reminiscent of early 90s post-punk—in particular Kim Deal and her ability to vocally walk the line between angelic and grating (a thing that can leave one feeling emotionally vulnerable)—and also unique in its own right, melding seamlessly with the band’s more experimental elements. Second, they are possessed of the capacity to straddle what some may think of as conflicting genres. While tracks like “Through The Backwoods”, off Strike A Match employ catchy drums and accessible melodies, the subsequent track “Moth Of July”, is a seven-minute long, droning, synth-laden psychedelic journey into what feels like the band’s deepest, darkest musical intimations. Lastly, however, is their compelling group dynamic, which is also their thread of continuity. Their cohesion with one another is palpable even through the opacity in which studio recordings tend to enshroud a song. This goes to show that longevity in and of itself can make for better music. It also nearly ensures that they will be a great live act. 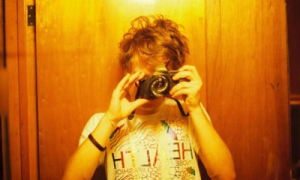 Foxes in Fiction’s Warren Hildebrand first stole our hearts at the Moodgadget Showcase back in September. Originally from Toronto, Hildebrand is a multi instrumental, multi talented, genre bending one-man show. At first glance, he is shockingly young. His blond hair gleams from behind a table full of impressive looking electronic gadgets. He performs in his socks. When he starts his set, however, he transforms into a self-possessed magician and master of his craft. Yes, what he produces is electronically driven, but he plays guitar and sings too, blending and looping his live music into a dreamy atmosphere that spins and builds from the setup before him, which by the third song appears like a perfectly designed stage plot, even though the props only occupy a small surface area. He is so mesmerizing, that at times it feels like he’s raising something from the dead as he builds and shapes each track. He reminds some people of Bradford Cox. We think he’s much better. There are ineffable qualities about him as an artist, and about his music, that leave a space for one’s imagination to inhabit as his set develops, and goes from droning, ambient electronica to innovative, thought provoking, multi-dimensional live performance. Plus, he really is a youngin’. At the tender age of 23, he has decades of musical trends to herald. And we fully expect him to do just that. 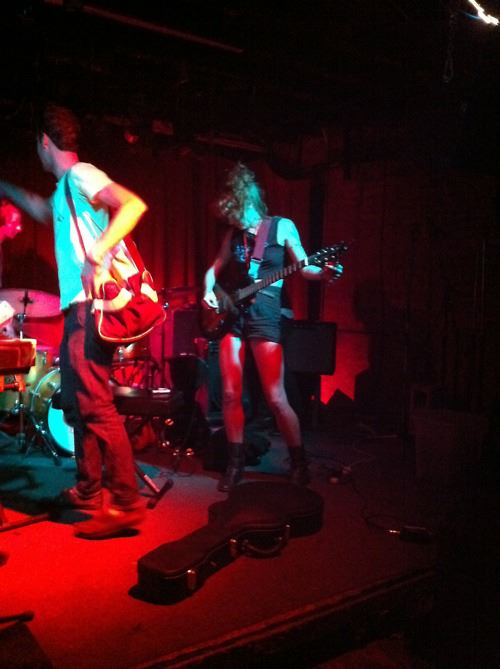 Sara Autrey, jangling guitars, tinkling bells, a “shitty” keyboard, and an eight track are all it takes to make Which Magic; the recipe may be simple but the resulting jams are spellbinding. Autrey’s earnest and astral incantations swirl through a haze of chill beats and warbling guitar loops. Lyrically, Autrey mines her dreams and earthly desires alike for material with an authentic heart; listening to these tracks is not unlike drifting in and out of sleep in those first early morning hours of waking. For a project that began only recently, Which Magic has already achieved a compelling evolution via Autrey’s own musical curiosities. Her self-titled debut cassette is a rare lo-fi gem full of dissonant bells and softly strummed ukele, layered vocals and heady, sylvan frequencies fuzzy with tape hiss. High Already (her split EP with fellow Baltimore-based band Wing Dam ( in which she also plays) sees a migration from woodsy thickets to a beachy boardwalk thanks to the addition of thumping drum machines, sunny claps, and airier synths. And Autrey has plenty of tricks left up her sleeve, including an album of hip-hop influenced tunes and an exclusive AudioFemme track. We’re so excited to host her New York City debut! 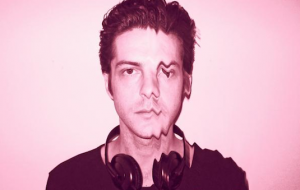 Datalog is the brainchild of Conor Heffernan, whose tight productions and complex, jazz-influenced beats oscillate from cool and collected to grandiose and flashy, sometimes within the same track. Unlike many bedroom producers, Heffernan is a classically trained pianist who has put in hours as an internationally touring musician. As Datalog, he’s remixed tracks from Bjork to Brooklyn indie darlings Phone Tag, DJed runway shows and composed movie scores, but it’s his personal work that stands out most. With its ethereal touches, dramatic flair, seamless sample collage, and chopped rhythms borrowing from a variety of globe-spanning genres, his music is a cosmic beam of light endlessly refracting through a smoky, pitch-black club. Fans of Four Tet or Flying Lotus will appreciate his knack for building complicated, intelligent soundscapes from the expertly-curated digital depths while reveling in an dark romanticism completely his own.