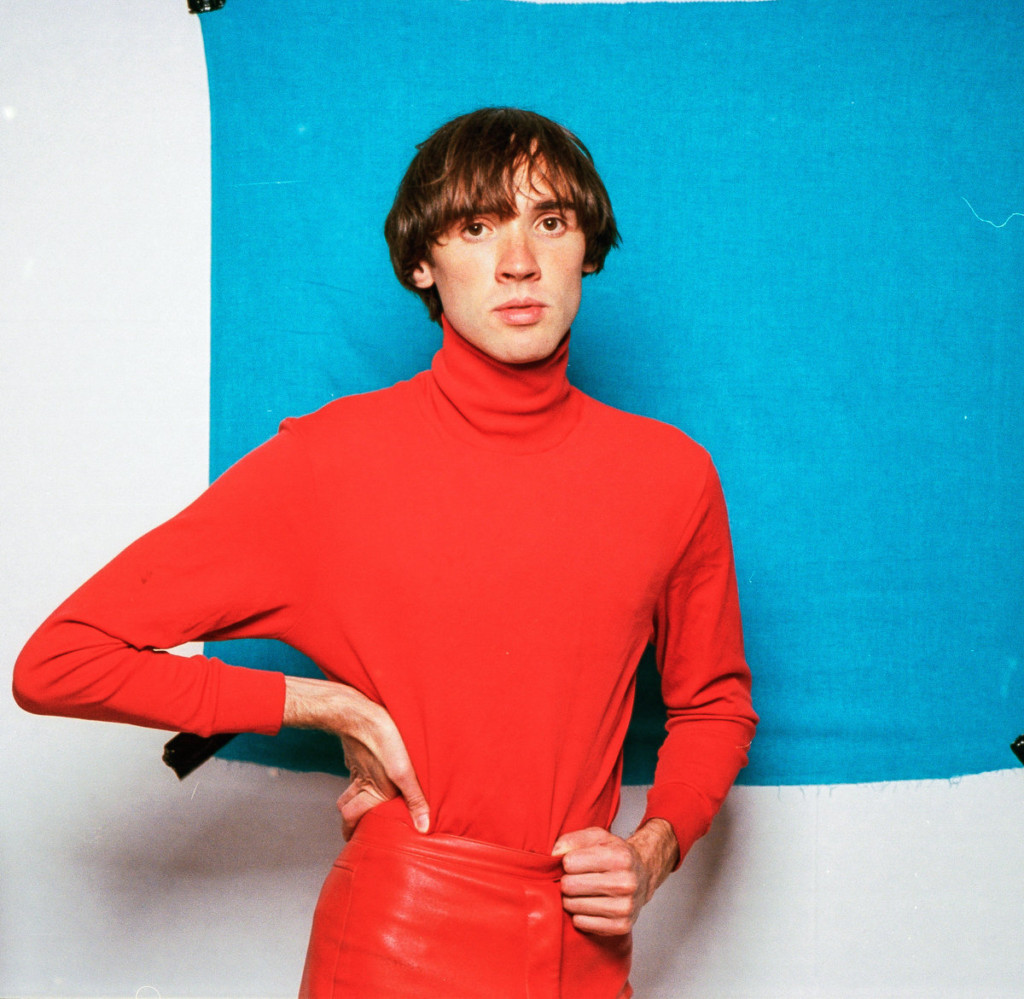 Earlier this year a gorgeous, baroque, oddball record came out by Welshman Meilyr Jones, formerly of Racehorses repute. The album entitled 2013, was written during a sabbatical in Rome Jones took that very year. In its many rotations on my record player, 2013 continues to stun me, and will certainly be high up on my year-end list. While I still eagerly await Jones to tour the U.S., the best I can do is envy his U.K. fanbase, as he’s just added a handful of tour dates to his schedule. Oh, and I guess I could ask him about God, his Grandmother, and the pros/cons of the contemporary music industry. Read on!

Audiofemme: You’ve spoken at length about the impact of your trip to Rome. Do you have plans for returning? If so how do you think the experience will differ or affect your creativity?

Meilyr Jones: That’s interesting. I will return but I have no idea what will happen. That is the magic of the place.

You recorded 2013 on a fairly tight budget – youʼd never know it from listening – yet you still managed to feature a 30 piece orchestra as well as some unexpected instruments. What would you dream of doing if money were no object in the studio?

I think I like the fact that music/art and what you make doesn’t scale up with money.  I’d probably end up making a 4-track record with a small group of people. Haha. Part of the fun was not needing a big industrial model to achieve things. I am really firm in that. Imagination, support, and passion can achieve things of big scale. I was lucky to meet so many able, and kind and talented people that I worked with. It wasn’t an already put-together orchestra; I brought the group together with help from my friends.

Looking back what are you most proud of with regards to this record?

I am most proud of my determination to complete it.

How has Welsh culture influenced your music or your way of approaching your craft? Do you feel a lot of solidarity with other Welsh artists?

I feel very lucky to have grown up in Wales and very fortunate to have bands such as Gorky’s Zygotic Mynci around when I was growing up, who were from down the road in Pembrokeshire. I saw them when they came to the Student’s Union in Aberystwyth. There’s a lot of fun in their music as well as an uncompromising and individual attitude and freedom, I and other bands in Wales were lucky to grow up with that around as an example. I was also lucky to grow up with the Eisteddfod in a way, and Welsh poetry. There was also Ankst Music which was a record label and management company who worked with Super Furry Animals and put out SFA, Datblygu and Gorky’s records who fostered a certain kind of ethos. So from all angles, good.

You clearly have a lot of passion for and knowledge of the fine art world…if music wasn’t your profession what would it be? Perhaps painting or sculpting?

I love it, but I have no skills or much of an aptitude for drawing or sculpture I don’t think. I can’t imagine not doing music. It’s the most natural thing in the world. Perhaps I would be a gardener or something.

There seems to be some discussion about authenticity in art on the record, particularly with the opening track. What does your idea of an authentic artist/work of art look like? Is there such a thing?

I think it will always take a different shape. But something you feel, that makes you want to return to it, that a work of art grows and moves you. Maybe sometimes first by remembering, then revisiting it.

As an artist, what is the greatest thing about the contemporary music industry? The worst thing? Why?

Youʼve worked with a lot of incredible musicians in the past – your own band Racehorses, Cate Le Bon, Gruff Rhys…if you could collaborate with any living musician who would it be?

I read in an interview that you consider yourself a religious person. Would you mind expanding on that? What does religion and/or God mean to you?

I’m not sure exactly. I think there is a lot of wisdom in the past that is lacking now, also a dominance of reason and the physical/visual. I certainly believe in more than chaos, and feel more than just what I can see.

2013 suggests quite a bit of Romantic and Classical influence and I know you have a lot of affection for poets, artists, and composers of those eras, but who are some contemporary musicians that you admire?

Iʼm curious about something you mentioned in an interview about your grandmother being a huge source of inspiration for you. Can you tell us why?

Yes. She was full of excitement. She was imaginative and musical and encouraging. Also the character in the way she played the piano came from a different time – wartime and a mix of Welsh chapel music…it’s hard to describe the combination, but I remember it distinctively. She was a link to a past with a really clear and warm feeling. The ‘30s and ‘40s in music…

I loved learning about your reading Hector Berliozʼs autobiography, and the intense passion with which he experienced all forms of art. Sometimes I feel like modern- day audiences or “listeners” are far less engaged in the music they are surrounded by – it is merely background music and no one has the time to listen to an album in full. What is your take on this? How do you reconcile with that as an avid an active artist and art appreciator alike?

That’s a really good question. I find it hard to listen to albums. I think slowing down the pace of life, or at least spending more time doing things without too much of an intention is important. If you see everything as a goal to be achieved, things can’t grow or seep in. When you are a teenager and have fewer expectations it’s easier for things to grow on you, and to be open to listening to things I think. I think we expect to be won over in 10 seconds or we’re on to the next thing. Maybe that’s why a lot of contemporary art is quite bold, and pop music is getting harder and more reactive because the impact is more valued than growing.

A lighter question to follow that one: what instrument are you eager to learn, and why?

Haha. I’d like to learn the violin. I’ve never learned an instrument with a bow.

What other aspects of the music industry would you like to someday tackle? Are you interested in production? Film scores? Musical theater?

I’m not interested in production so much. But continue to do what I’m excited about, wherever that takes me.

Lastly: any plans to tour the U.S.? Weʼre dying to see you live!

Yes! I’m making sorts of plans at the moment for it. I hope to be with you soon.

Check out the video for Meilyr Jones’ “Strange/Emotional” below!