Welcome to our weekly show recommendation column RSVP HERE. Due to live show cancellations we will be covering virtual live music events and festivals. 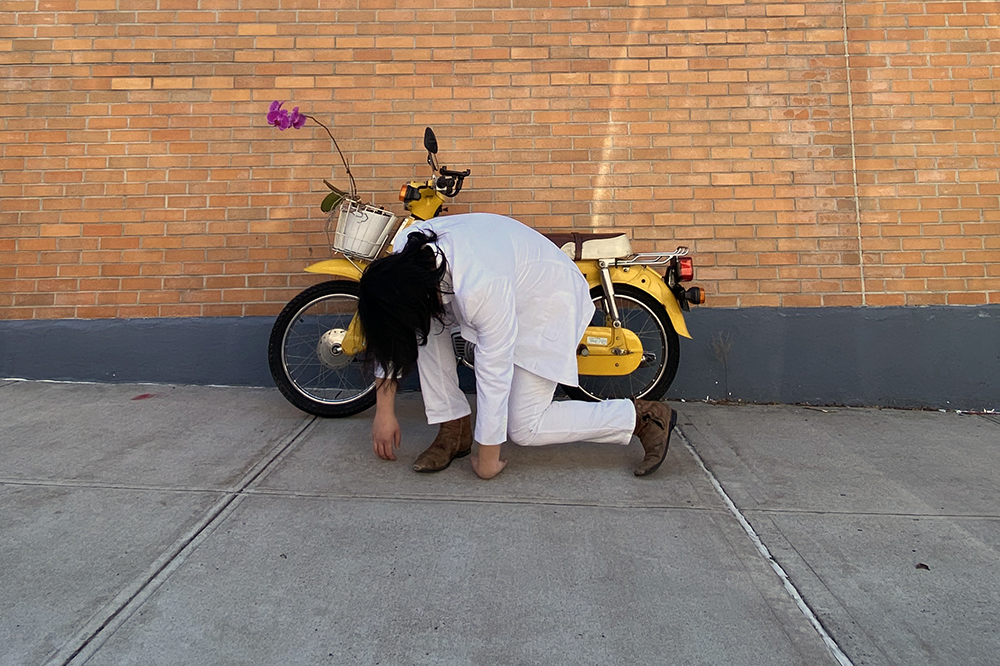 More solo endeavors are sprouting up now that many musicians have been left separated from their bands due to social distancing. Most recently, Manny Nomikos of Catty released a music video of him dancing alone in quarantine and a cover of Nirvana’s “Come As You Are” featuring Rosie Slater. His latest project, Illithios (meaning idiot in Greek), stemmed from a collection songs that never fit well enough to bring to a band. All musicians write songs sometimes that come out of left field, but for Nomikos, a true New Yorker born and raised by a Greek father and Korean mother, the project has its roots in an identity of not feeling a true sense of belonging to either side of himself. The project’s namesake serves as a cover so that “no matter how idiotic it all turns out, at least it’ll be in character,” while the songs themselves range from Thom Yorke-inspired pop to personal drum machine fused folk. Never having performed live before the quarantine, Nomikos will have the unique experience of debuting this project via Instagram livestream. There are only a few tracks available online, so tune in for Illithios surprises tonight (4/27) at 8pm. We chatted with Illithios about how to get better livestream sound quality, Dodge Caravans, and his spirit animal quiz.

AF: You’re livestreaming your live show debut on Instagram. Is that as nerve wracking as having your first show in person?

MN: I hadn’t considered that really, but I suppose it’s way more nerve-wracking. Besides performing on your own, there’s also no physical audience to engage with, which makes the whole performance feel very unfamiliar.

AF: What is your live stream set up like? What’s your favorite piece of gear?

MN: This was the hardest part for me cause I was debating how much I should actually play vs. using samples/pre-recorded parts. I felt that rather than just play the guitar the whole time, I’d use a sampler and tape deck to trigger parts and focus more on a performance. Wasn’t sure I’d be very entertaining just playing a guitar for 30 minutes on the internet. So with that said, my fave piece of equipment is my Critter and Guitari Organelle which I’m using as the central part of the sound.

AF: It says your live stream will be presented in Hi-Fi, what does that mean exactly?

MN: Since being stuck at home I’m sure we’ve all been catching streaming shows and they all sorta have their ups and downs. Instagram live has the best foot traffic for live-streaming but their audio is garbage. So I’m running a bunch of software stuff I found to get IG live running off a laptop and using a proper audio interface so the audio doesn’t have that streaming washiness. Hopefully people put on their headphones and I don’t blow it in the mix and we all have a good time.

AF: One of your cover photos is what I think is a ’90s Dodge Caravan. I owned a 1995 Dodge Caravan named Patrick that was very dear to my heart. Do you have any good Dodge Caravan stories?

MN: There’s a special camaraderie of ’90s Dodge Caravan people. I have yet to meet someone who drove a Caravan who’s not a pretty alright person. I married a Caravan driving gal. One story that sticks out was driving with friends to the mall to get Doom 2. We were so excited to get home that I started to drive before my bud Lamar had closed the sliding side door. And I suppose the momentum or gravity or science did its thing and the door slid back so fast it flew off which was not good. We got it back on but it was never the same.

AF: What is your quarantine anthem?

MN: “Play at Your Own Risk” – Planet Patrol. Or Forest by Stella (with a Greek sigma).

MN: Ooooh… well first off, wanna make sure it’s clear that it’s not like a spammy quiz where I collect data or anything like that. I keep getting butterfly mixed with baby deer. Which is sad cause I made the quiz so I wouldn’t get butterfly but I suppose it can’t be avoided.

AF: What spirit animal do you think I am?

MN: We’ve had limited interactions so I’m gonna guess, based on your Kurt Cobain persona from your Sharkmuffin Halloween show… I’d guess you’re a bat mixed with a little bit of dog spirit. Bats have good intuition, they’re night creatures, are highly motivated but on their own schedule. Like you will make a plan to do your taxes, and you will do it and it will be well done, but like you’ll miss the tax deadline by like a few months. Dog mix gives loyalty and playfulness. I dunno, take the test and see how off I am!