If you’re an intrepid adventurer, or fortunate to have the time to wind your way through Melbourne city’s many interlinked laneways, you may well come across Amphlett Lane. You’ll know it, if not for the signage, for the graffiti depiction of Chrissy Amphlett’s signature schoolgirl outfit on the corner building at the entrance to her namesake alleyway. If you’re not inclined to walk for hours, Google Maps will direct you straight there with ease. If you’re at home somewhere in the US, wishing you were here, Google Map it and pretend.

Chrissy, for those who haven’t had the pleasure, was the singer and songwriter who fronted Australian rock band Divinyls. She passed in 2013 at the age of 53 from breast cancer and complications related to Multiple Sclerosis. But through acting, singing, and authoring her own memoir in her short, eventful lifetime, she achieved what she had always wanted – to be a performer.

A determinedly free spirit, Chrissy revealed that she used to escape her teenage bedroom at night to go and see Billy Thorpe. “I liked that primal kind of thing, that rock. Growing up in Australia, guitar-oriented music was a huge inspiration to me,” she said, often namechecking Easybeats, Lobby Loyde, and AC/DC as influences – each of them renowned for their primal, noisy, guitar-centred pub rock style.

She escaped the confines of her parochial, industrial hometown of Geelong (just outside Melbourne’s border) as a teenager and explored England, France and Spain – where she was detained for three months for busking on the streets without a permit at 17 (she was kept in the penitentiary for six weeks before being put on a bus full of men to be transferred prison to prison). 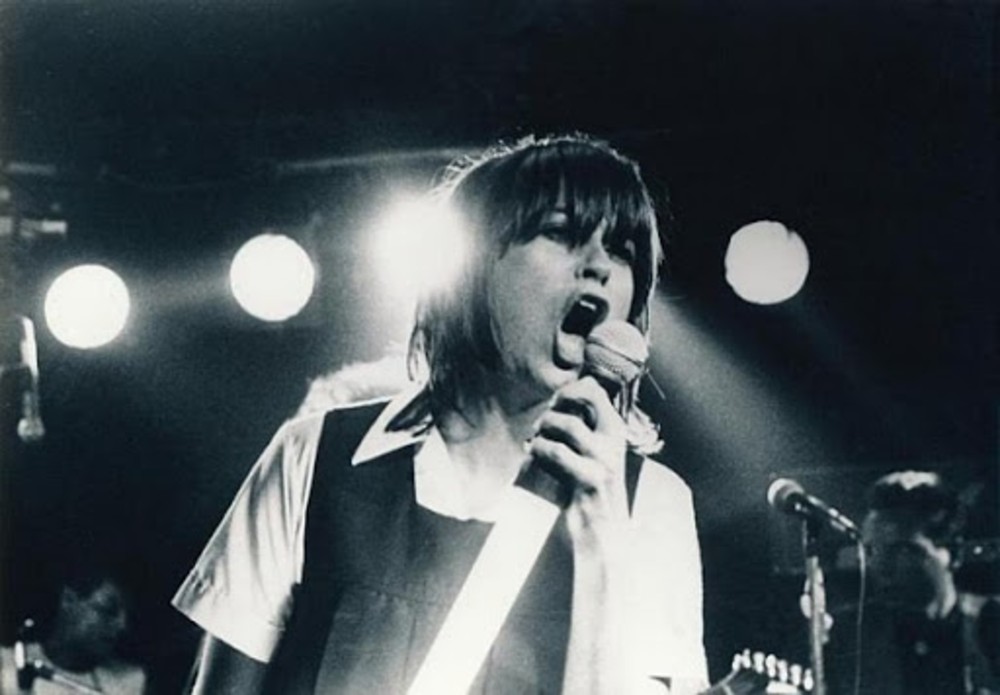 Chrissy met Divinyls bandmate Mark McEntee in 1980. At that time, she’d had some bit parts on Australian TV and stage productions and was toying with the idea of being an actress solely. In fact, the earliest Divinyls songs were recorded for 1982 Australian film Monkey Grip (based on a novel by Melbourne author Helen Garner), in which Chrissy starred.

By the time Divinyls manager, Vince Lovegrove, succeeded in getting the band a US record deal in the mid 1980s – the beginning of their international success – Chrissy had refined her naughty schoolgirl persona. For Chrissy though, the professional wins were undermined by a stealthy alcohol addiction, legal fights with Lovegrove, a tumultuous affair with McEntee, drug-induced paranoia and the instability of being constantly on tour.

The hot and cold relationship between Chrissy and McEntee was documented, controversially, in Chrissy’s memoir, Pleasure and Pain (named, fittingly, for the lead track on the band’s sophomore record, What a Life!). Though they were a couple, they only revealed this to bandmates two years after forming Divinyls, since McEntee had been married to someone else when their relationship had begun. Both were heavily using drugs and drinking in the early 1980s and fighting noisily and messily in New York during the recording of Desperate, their debut album.

An interview with the beautiful, cool Amphlett and her black leather-clad bandmates with Australian interviewer Andrew Denton in 1988 shows her at her peak mysteriousness. In a short, tight black miniskirt, black winged eyeliner, heavy fringe and black heels, she epitomised the height of sexy rockstar. Her glassy-eyed, mumbling, rambling bandmates were cringe-inducing in their embarrassing insobriety, but Amphlett was thoughtful, sincere and articulate.

Between 1982 and 1996, Divinyls released six albums, charting high in Australia with singles like “Science Fiction,” “Good Die Young,” and “Pleasure and Pain.” But their biggest international hit and best-known single remains 1991’s “I Touch Myself,” reaching number 1 in Australia and number 4 on the charts in 1991.

By 1996, Divinyls split up and McEntee and Amphlett were no longer on speaking terms. It wasn’t until 2006, when the band was inducted into the Australian Recording Industry Association, that the two spoke again. They were inducted by Hugh Jackman, calling them “the spirit of rock ‘n’ roll.”

In 2015, Chrissy did an interview about her breast cancer diagnosis and battling MS for over a decade. Her signature fiery red hair, blunt fringe and kohled eyes remind us she’s a born rockstar. With her husband, Charley Drayton, she is everything he attributes to her: “confident, optimistic, curious, willing, dangerous.” “Just the wife word, I’m so not wife material!” she exclaims. “I’m happiest in a storm, calm is boring.”

This year in March, a project inspired by the song “I Touch Myself” set out to break gender bias and ensure that health messages about women’s bodies reached the women who would most benefit. Called the 2020 I Touch Myself Project, it shares breast check instructions via a voice-assistant device. The creators, advertising firm Wunderman Thompson, said that “sexist and dangerous” censorship on social media means that messages around breast checks are often misinterpreted by social media platforms as pornography due to the mention or depiction of breasts and nipples. The project had early beginnings in 2014, a year after Chrissy’s death, with female Australian artists covering the track. In 2018, American tennis star Serena Williams covered the track for bra brand Berlei.

The campaign this year was launched on International Women’s Day, something Chrissy would have loved, I think. She was a champion for women and for artists throughout her life, someone who railed against gender bias and the censorship of women’s bodies and minds. I think she would have been proud to know her lyrics and her song are still being used decades later to educate and unite women.

In every interview, what emanates from Chrissy is a core of calm and centredness. As wild and explosive as her performances on stage always were, she was an intelligent and determined woman to the end.

In February 2015, Amphlett Lane was officially declared open by Melbourne’s Lord Mayor. The naming was the result of a petition that collected over 7000 signatures over the two years prior. I’m fortunate, as a local, to walk my dog past Amphlett Lane on a weekly basis. Without even thinking, I find myself singing along to “I Touch Myself” for about an hour afterwards. To myself, mind you. My performance skills and my dress sense aren’t nearly as fabulous as Chrissy Amphlett’s. She was a rare thing, a Melbourne icon, a phenomenal woman. 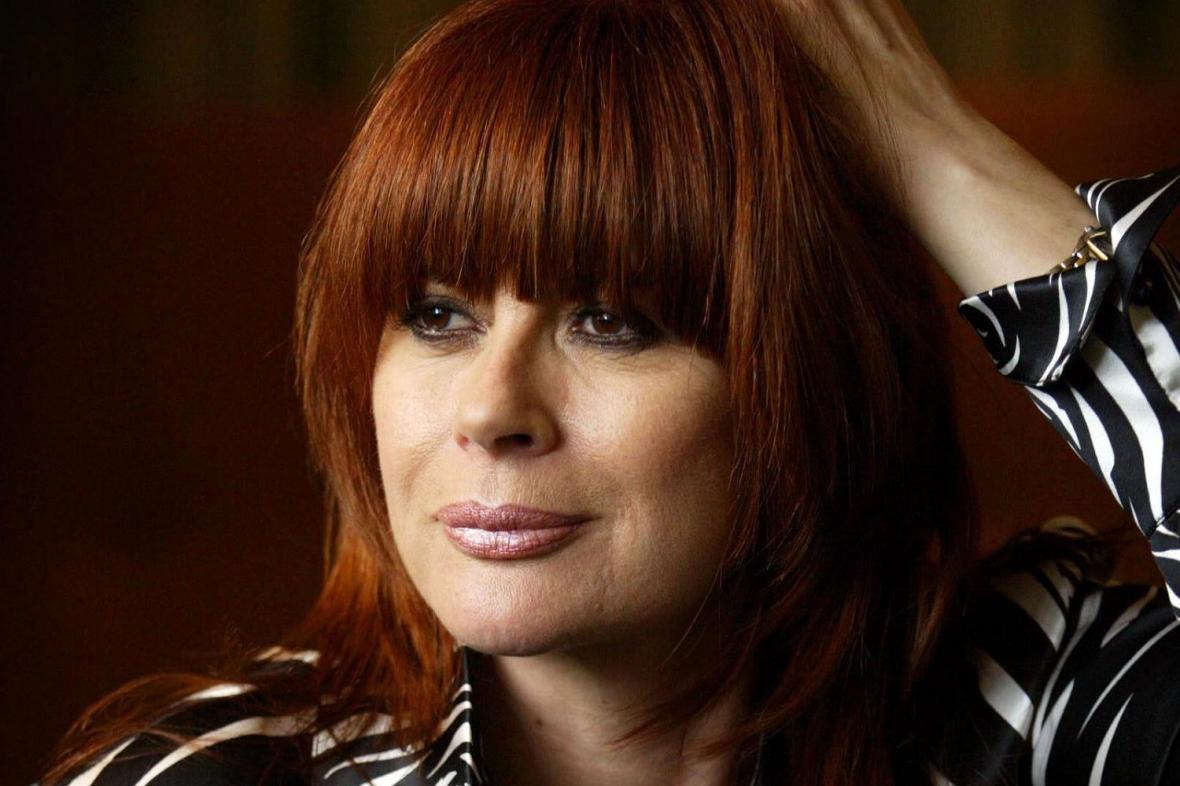