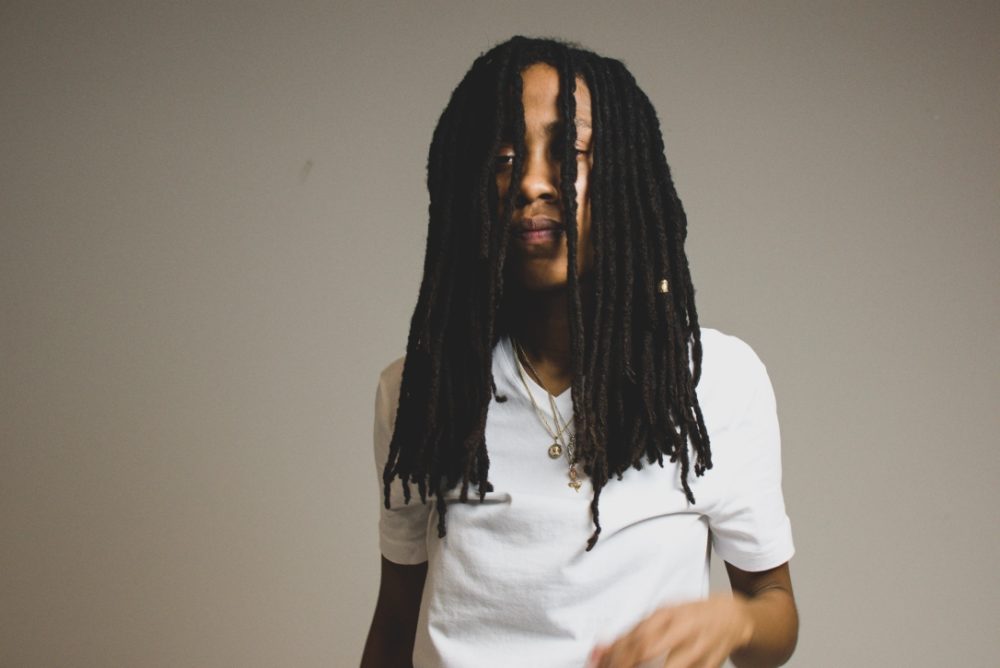 Detroit-based artist Billionaire Sophia melds pop, R&B, trap and hip hop on her new EP, Ootgoat. Written, produced and mixed entirely by herself, the project is a testament to Sophia’s growth as a producer and artist. She explains that her journey with production started about eight years ago and has been almost entirely self-taught.  “I started making beats and stuff in 2012, but I didn’t get my own equipment until 2014,” says Sophia. “That’s when I started doing it myself, but I didn’t start getting good ’til 2016…and it’s still gotta get better.”

Where Sophia’s at right now is already sounding real good. Following her February 2020 release, Love Not Attention, and recorded in her bedroom due to the state-wide lockdown, Ootgoat expands on Sophia’s languid, stream of consciousness style of songwriting and showcases both her flow as a rapper as well as her ethereal vocals. Sophia explains that she doesn’t practice a locked-in method for her songwriting, but follows whatever she’s feeling at the time. “If I’m listening to a beat I made… I just listen to it and see if I can feel something. Then if I can’t feel nothing I just go to my mic and start singing whatever comes out,” Sophia explains. “Eventually, maybe a hook will come out.”

Her innate melodic sensibility and knack for hook writing are evident in songs like “White Girl” and “Milan” that are almost impossible not to sing back. They’re the type of songs made for warm summer nights, cruising with your friends, maybe burning one. Sophia’s pop-leaning instincts are likely a combined influence of Detroit’s deep electronic roots and a lifetime of listening to pop trailblazers. “When I first started making beats, I was like, I’m gonna make a whole bunch of jittin’ beats, you know, Detroit style beats where you can dance,” Sophia says. “I just like pop music, I like rap, I like all types of music,” she says, citing Timbaland, Pharrel, Jay-Z, Rihanna and Justin Bieber as some of her early influences.

Merging Detroit-style beats with more Billboard-charting influences gives Sophia’s music both catchiness and a musical complexity not found in generic pop music. Her cadence on “Brown Eyes” is akin to the talk-style singing perfected by artists like Sza or Kari Faux that makes the listener feel like she’s talking solely to them – her sultry, whisper-like vocals add to that sensation as well.

While individual songs on Ootgoat act as vignettes into Sophia’s personal life and aspirations, the EP as a whole speaks to what seems to be Sophia’s vibe as an artist: nonconforming. The cover art, designed by Sophia, features the first-ever known statue of a woman, Venus of Willendorf, thought to have been created in 30,000 B.C. Sophia chose this image because of its stark difference to images of women that we generally see in the media. “She is not typical and it’s not what people think what women should be,” explains Sophia. “Really, you can be whatever you wanna be. [There’s] no rule to being a human.”

Like many women, Sophia personally relates to that sentiment, especially when it comes to who she is as an artist. “I just see that I’m a free artist, I do what I want to do, but I’m never going to be understood fully.”