As the dusk of May began to fall on Ohio, I discovered fireflies. The first time I saw them, flickering across my cobbled neighborhood street, my overjoyed reaction made my roommate laugh: pointing and squealing like a kid, I couldn’t get over the shock of them, the way that they zipped through the air, appearing as their lights turned on, and disappearing as they turned off. In California, I had dreamed of fireflies as a string of lanterns–as lazy, hazed orbs. But these fireflies were not like that at all; instead, it felt as though the air had gifted me with a thousand miniature spontaneous combustions.

Listening to Galen Tipton’s Nightbath feels like finding fireflies – the same rush of surprise comes to me as I listen to Tipton manipulate sounds, pushing and pulling elements so that, like the fireflies’ lights, they appear and disappear with heady energy. Tipton produced the entire album electronically, and I struggle to describe what they’ve produced with enough detail to match their accomplishment. Each sound used seems to be intimately crafted, as though in the making of the album, Tipton has blown thousands of glass balls, only to set them loose to smash against each other. The crafted quality, while difficult to describe, is also what makes the album compelling–each sequence of sounds brings with it the imprint of human design along with otherworldly effect. On Nightbath, Tipton has set up a carefully designed Rube Goldberg machine. One musical movement triggers another, and doubles of familiar sounds are tweaked to make them slightly new again. They walk a tricky line: if the sounds ring too close to home, they’ll come off as uncanny; too far, and they’ll lose any human context.

The record’s opening track, “endless black,” pours out in a rush of twinkling notes and scuttling, lurching beats. “I just feel everything, all the time,” a distorted voice says, about 2/3rds through the track. I feel that too–but on “endless black,” information overload, in the form of overlapping sounds, feels sorted. Likewise, on the album’s title track, Tipton builds an initially simple melody with layer upon layer of newly introduced sounds, recklessly changing the rhythm, tone, and octave throughout. But the song never feels like an onslaught. Moments of oasis, when layers peel back to reveal quiet, melodic beauty, serve as stepping stones throughout the track, leading the listener forward through the spinning sound elements.

Other songs, like “mutant,” featuring Atlas Moe, Tripp Fontane, T5UMUT5UMU, and Junior Astronaut, make me giddy. The song starts off with a syncopated, squealing beat, before a sound like the patter of footsteps on tin ushers the listener into a sequence of escalating pulses. After the pulses drop, shined, xylophone-like sounds spill into melody; it feels, only forty-six seconds in, as though while listening to the song I’ve parted the curtain into an alternate, brightly washed universe, where sounds as disparate as spooky Halloween effects and eating fruit on a beach make sense in tandem.

With Nightbath, Tipton has revealed the multi-modality of their talents: along with mixing and mastering the entire album, Tipton created all of the project’s artwork. But they are, above all else, a master conductor. Nightbath juggles fifteen collaborations throughout, mixing voices from Columbus’ electronic community, artists from Tipton’s label, DESKPOP, and featured artists and producers from around the world. It’s a testament to Tipton’s talent for composition that the album was even puzzled together. Yet Nightbath is an album invested both in small-scale craft and large-scale coherence, and, despite the number, each collaboration truly brings something new and needed.

The collaborations, too, reveal Tipton’s apparent interest in music as community; nine of the featured artists are, like Tipton, queer and non-binary. These partnerships have paid off: Nightbath succeeds as a multi-faceted sound project because each facet works in harmony. If handled poorly, I imagine that this album might have exhausted itself by introducing too many combative elements. But, while the project is clearly grounded in Tipton’s engineering, Nightbath treats each collaborative sequence as integral to the overall vision. As a result, the listener is not barraged by fighting sounds; rather, the sensation of listening to Tipton’s music feels much like taking in an elaborately woven tapestry. It’s a sensation representative of the lineage Nightbath comes from: experimental albums made by trans artists who specialize in manipulating sound. 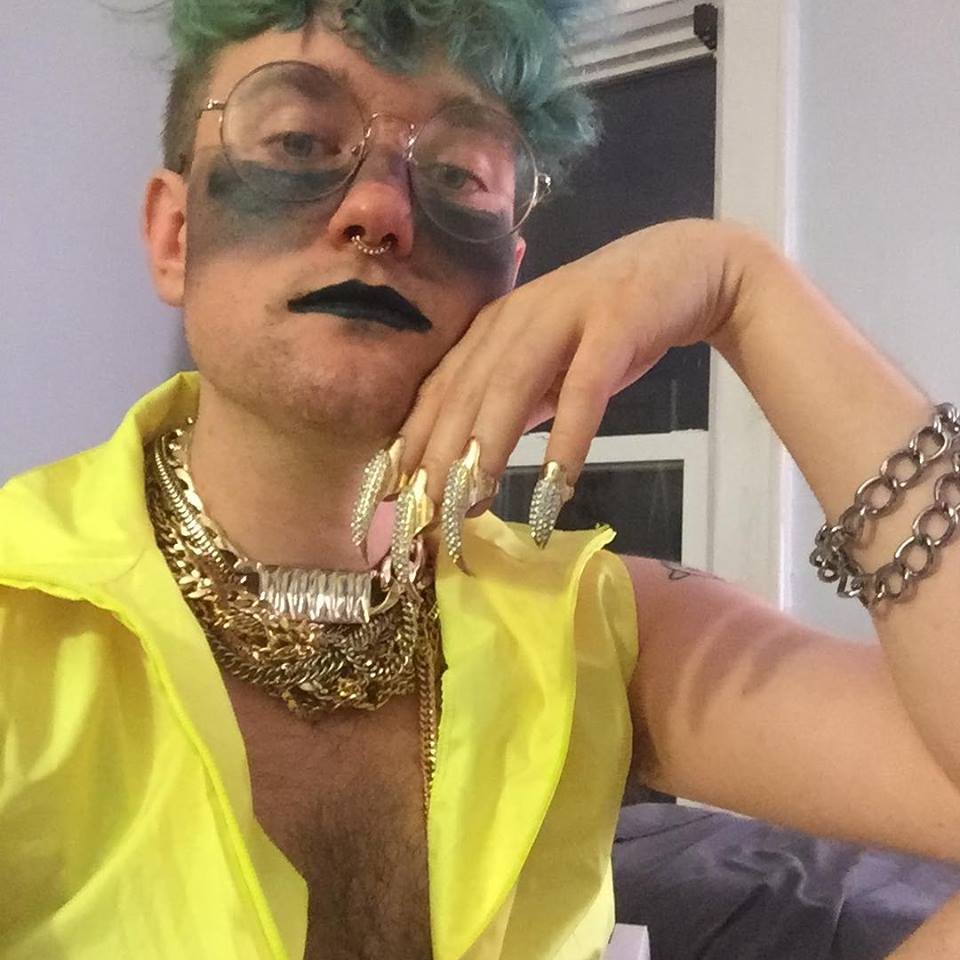 Most remarkable, I think, is that you don’t need to forget about the crafting of Nightbath for it to be fun. Listening to the release for the first time, part of my glee came from marveling at the largeness of the music, at its unrelenting dips, inclines, and switchback. But the album also just makes me want to dance. It’s hard to listen without squirming in your seat, itching to realize the possibilities for movement folded into each beating sequence. There is something to be said, too, about what expansive music can do to a body: how it can unlock new ways to move, to travel, to understand oneself.

Summer in Ohio has been a surprise in many ways: I didn’t expect the rot, or the thunderstorms; the thickly humid air, or the sparkle of anticipation that comes before lightning. I didn’t expect surprise to feel good, either. But it does–I’m treasuring the shock of new seasons, and of new plants and bugs. There is freeness in feeling that any corner could bring wonder.

Back when I first saw fireflies, my roommate and I chased them in the cool evening air. He tried to show me how to catch one, fitting one cupped hand against the other. I failed each time I tried. This is what I’m learning in these high summer days: things don’t need to be contained to be felt. Surprise, when left expansive, can be difficult to share. But I am energized by the joy I hold secretly inside myself. Listening to Nightbath, I am struck by the way that it, too, resists my cupped hands. This resistance, the difficulty I have fitting my feelings about the album into words, is what will keep me going back to it.

For disclosure purposes: Kaiya Gordon’s poem “Roleplay as a Body” will be included in a zine released by DESKPOP to accompany Nightbath.