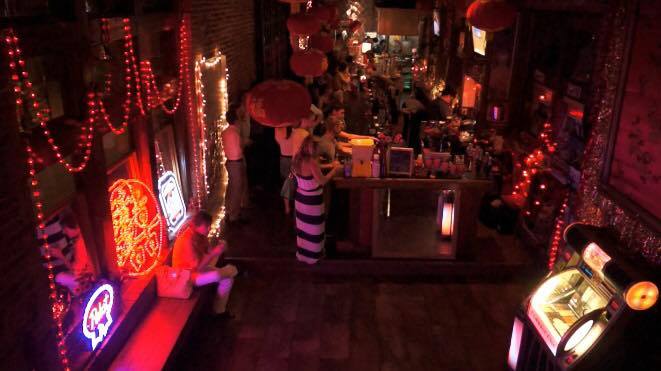 It’s been a short but meaningful run for Double Happiness, which will close its doors on November 25th after seven years of music, drinks, and community-building. Opened and run by Yalan Papillons, with additional booking by Jenny Donaldson, the bar and venue hosted DJ sets, electronic music shows, and local artist showcases, as well as niche events like “Manicure Monday.”

Double Happiness will be played out by a run of free shows at the end of November, hosting sets by Columbus locals Youth Hostel, Dogbite, Nuclear Moms, Pink Reason, and more. It’s a line-up which, frankly, highlights the ways in which white men dominate the punk scene. One departure from this slew of bro-punk, however, is Betsy Ross, whose emotive vocals by Charity Crowe are refreshing in their clarity. Double Happiness’ last and final show will migrate away from the theme of white men as well. On November 25th, hosted by Polar Entertainment, the night will feature “special guests,” joined by Columbus Hip Hop artists Mood and Lone Catalysts.

Many have noted the venue for its Chinese decor, inspired by Papillons’ family, but what is truly significant about Double Happiness is the role it has played as incubator for many of Columbus’ local bands. More mainstream than a DIY venue, but smaller than other, more commercial spots, Double Happiness served as an outward facing door to the Columbus music scene, and a portal for those who would otherwise be out of the loop.

Along with local acts and EP releases, Double Happiness has hosted nationally touring artists like Angel Olsen, Helado Negro, (Sandy) Alex G., and Half Waif. Their catalogue of artists–the entirety of which can be found on their website–is an impressive mix in terms of both genre and popularity. Large acts have never shied away from the venue, despite its close quarters. One of the bar’s first publicized shows, in fact, was the official after party for Bright Eyes, after the cult favorite played at one of Columbus’ larger venues, Express Live.

It’s also worth noting that Double Happiness is one of few bars and venues which is both run and booked by a woman of color. Papillons highlighted community within the space, running the venue as all-ages, and limiting sales of national beers. And while no safer space is truly safe, it’s sad to see a venue which strove to center at-risk audiences be shut down.

Columbus will miss Double Happiness’ unique approach to booking, as well as its warmth and locality. To get in your last goodbyes–and maybe a few drinks, as well–catch one of the venue’s “farewell” shows, detailed on the calendar below. 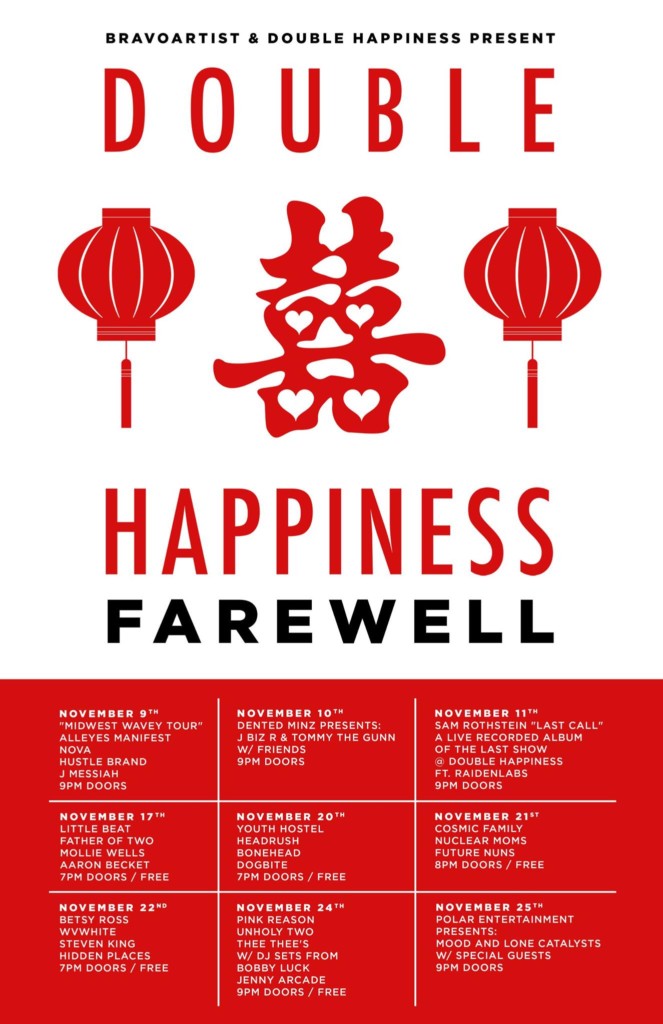