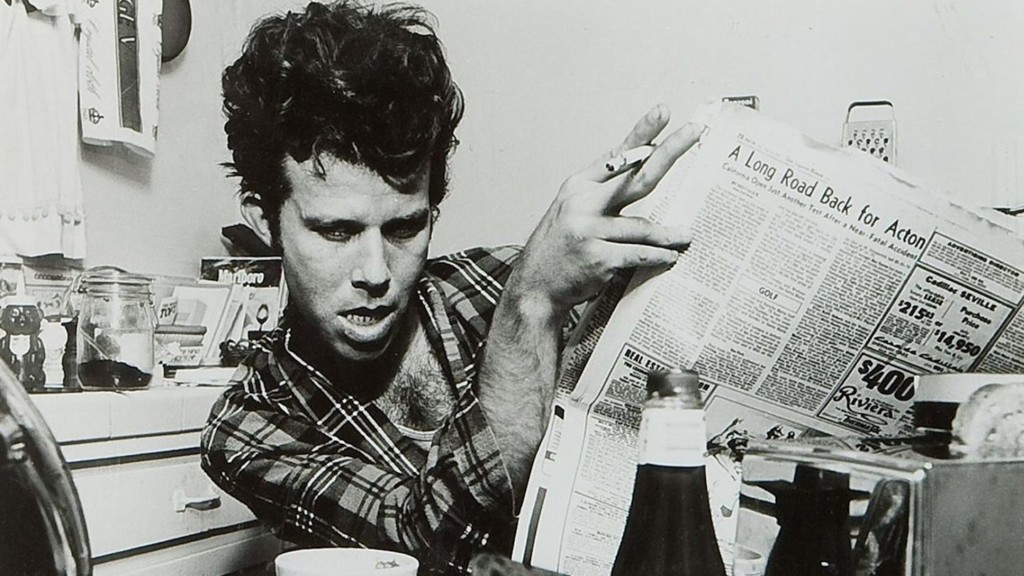 This is the closest I will ever get to Tom Waits. I’m sitting at the bar of my dad’s bistro, listening to a live performance by The Bleeding Romeos… a Tom Waits cover band. Much to Mr. Waits’ presumed chagrin, I do not sip from a flask of cheap whiskey, but a glass of red wine. And no – it is not Carlo Rossi.

My father has been planning this night for months. Having me home in Washington, fixed on a barstool, drinking in the songs of my favorite artist. I on the other hand, have been apprehensive about the evening; tribute bands aren’t really my bag. Additionally, there is an issue of ambience. Don’t get me wrong, I love my parents’ restaurant, but it’s a bistro – a classy dining establishment filled with respectable patrons and wonderful food. It’s no place for an ode to the king of scoundrels. Meanwhile, there is a perfectly wretched dive bar across the parking lot whose smoke-infused walls and carpeted floors beg for a Tom Waits cover band. It almost seems like two bookings got confused, and while muffled trombone and busted lungs rattle my dad’s joint, there is a fabulous jazz band dodging beer cans at the North City Tavern.

But I’m not here to book The Bleeding Romeos at more “Waitsy” venues. They’re working musicians, not method actors. Instead, I am here to answer one question: am I enjoying myself? Despite my reluctance, it turns out I might be. Of course, it could be the wine. It could be the simple pleasure of hearing two and a half hours of your favorite songs, fortunately played pretty true to form. Or, it could be simpler. Yes, impersonators get a bad rap, and the above scene might not sound romantic to you – but to understand its appeal, you must first know the complete desperation of being a Tom Waits fan.

I keep a long list of musicians I need to see in concert before they die. These are my favorite performers, aged between 50 and Bob Dylan, who are statistically more likely to die than those aged between Lil Yachty and 50. The litany of must-see artists goes on and on: Elvis Costello, Nick Lowe, David Bowie, Dolly Parton, Bruce Springsteen, Iggy Pop, Leonard Cohen, Nick Cave; but at the top of this list, in all caps, is the name TOM WAITS. Unfortunately, he is the least likely to go on tour of this bunch (save perhaps, Mr. Bowie and Mr. Cohen, who are respectfully resting in peace). The fact of the matter is, Tom Waits just doesn’t widely tour these days. Even when he does, he covers strange territory.

Take for instance Waits’ 2008 Glitter and Doom tour, during which he played 28 dates over a month and a half. Where were these concerts held, you ask? Oh, bastions of culture like: Dallas, Texas; Tulsa, Oklahoma; Mobile, Alabama. No New York. No Seattle. No Los Angeles or Nashville. Waits toured a portion of the American South, slapping on Columbus, Ohio and Phoenix, Arizona presumably just for kicks, and then jetted to Europe and the U.K. for sets in Prague, Edinburgh and the like. I was devastated.

Part of the reason I live in New York is the guarantee that every living musician I love will play there. NYC is like a pop culture security blanket, smothering you with endless opportunities to see great music, film, or even vintage condom collections, if that’s what you’re into. Tom Waits however, does not need New York like it needs him. He once sang, “I’ll Take New York,” but in 2008, it seemed he was leaving New York behind for more exotic locales… like Birmingham, Alabama. More recent years have found Waits scaling back his already limited tour map. In 2009 and 2010 he played two dates total, both in Cork, Ireland. In 2011, three dates in The Netherlands. In 2013, three concerts in France, and one in Mountain View, California. The pattern is not looking good.

Maybe you’ve given up on seeing Tom Waits in concert. Maybe you were alive and hip in the 1980s, and caught Waits live in his Swordfish Trombones and Rain Dogs days. For that, I would likely trade lives with you. I would take on your wife, your mortgage, and your closet of ill-fitting pinstriped shirts. I would swap my young-ish, able body for your arthritic limbs and thinning hair, just to have the memory of Tom Waits flailing on stage like a crazed train conductor.

But, until life-swapping is legitimate reality, my Tom Waits meet-cute will be reduced to secondhand smoke. For instance: I once met a girl in college from Sebastopol, California who used to babysit Tom Waits’ kids. Once released from my stupor, I implored, “What was he like?!” I had hoped to hear of his dried bat collection, his secret wooden leg, or of his nocturnal cake-baking habits. “He was nice,” she said. A couple of years later I met someone who once worked in a used bookstore in San Francisco, where “Tom Waits would come in and buy huge stacks of old, dusty encyclopedias.” Old, dusty encyclopedias! How strange. How quirky! How utterly Tom Waits. “Well,” I asked. “What was he like?!” “He was pretty shy and quiet.”

Ugh! I was again disappointed. Had these eyewitnesses no better descriptions for one of the oddest men in rock n’ roll? What was he wearing? Surely not khaki shorts and a Heineken t-shirt. What did he smell like? Perhaps a sweet mingling of cheap cologne and cremation ash? Was there a moth fluttering around his person at all times, or a bone ring on his pinky? I will never know.

It appears that my last salvation is in the hands of The Bleeding Romeos, tonight, at my dad’s restaurant. Despite my burning urge to cut the lead singer’s hair, I stand impressed at their approximation of Waits’ sound. They throw down a hefty chunk of his catalogue – everything from “Old 55” to “Swordfish Trombones” – and they don’t fuck it up. True to their namesake, the band’s most accurate rendering of Tom Waits is their version of “Romeo Is Bleeding” from 1978’s Blue Valentine.

I begin to feel like a recovering alcoholic who finds bliss in a virgin cocktail – the effect is working. When I close my eyes, I can almost convince myself I’m in some dingy club on Santa Monica Boulevard 40 ago. But when I open them I see racks of fine wine lining the walls, and those well-dressed diners, smiling. I may never get to see the real Tom Waits live – but I can at least crawl to the dive bar next door, and drink a cheap beer in his honor.