ONLY NOISE explores music fandom with poignant personal essays that examine the ways we’re shaped by our chosen soundtrack. This week, Hedy Phillips finds her people beyond the parameters of a boyband’s assumed target audience.

I was 25 years old the first time “What Makes You Beautiful” by One Direction caught my attention on the radio. It fell right into what my typical musical tastes were at the time and still are — upbeat, poppy, and so damn catchy. I had no idea that that song and the band behind it would end up becoming such a huge part of my life and give me the greatest community I’ve ever found myself in.

At its start, One Direction was made up of five teenage boys who were more like adorable puppies than human kids. They were so easy to like that I quickly fell into being a huge fan. Though to me it didn’t feel like a big deal that they were a few years younger than me, I very quickly realized that society seemed to think that their whole fanbase was made up of screaming 12-year-olds. It didn’t help that the group was marketed that way, but it made it hard for anyone past puberty to love them and not be ridiculed.

I’m not kidding when I say that I got picked on by everyone in my life when I became a fan – the whole first year was so mortifying, I waffled on whether or not I should stick it out. My boyfriend at the time thought it was weird, my friends didn’t understand the appeal, my parents thought it was a passing fad. But no one seemed to understand that the age of Harry Styles, Louis Tomlinson, Zayn Malik, Liam Payne, and Niall Horan meant literally nothing to me. Why should I care that they were younger than me? This was about the music. And I loved the music.

Their fourth album, Four, (released in 2014) arrived just in time for my four-year-long relationship to hit the end I had been dreading. I was struggling with the big changes I knew were coming in my life. It feels cliche to think that music saved me, but it did. When I put that album on, specifically the track “Girl Almighty,” it not only took me away from everything hard in my everyday life but gave me the strength to start my life over with a smile on my face. It was everything I needed.

One Direction was one of the first musical acts that relied heavily on social media to grow their fame. They were the reason I ramped up my Twitter usage — I had to know what was going on at all times and I had to be able to tune in to their little live chats they did with fans. It was there on Twitter, on a quiet nothing day in 2013, that I stumbled upon a couple fans who lived in my area and were over the age of 12. In fact, they were in their 20s, just like I was, and suddenly I didn’t feel quite so alone in this huge fandom.

We grew our little posse on Twitter and collected more people who were at the same life stage and in the same age bracket. There were a ton of us older fans all drifting around just waiting to be found; it didn’t take long for some of these women to become my closest friends and confidantes. Those of us who lived near each other would meet up for drinks or dinner or movie dates. At one point we even formed our own little health club (and called it #HotForHarry because we have a sense of humor) to motivate each other to get in shape for an upcoming concert tour.

But what so many people failed to understand about us — and still seem to — is that we didn’t become fans of these “hot boys” because they were “hot.” I still cringe a little bit even thinking about that because it was never, ever about that. Sure, we can appreciate that they’re attractive guys, but their work gave us a safe haven and a community of people we could lean on.

I was living in California at the beginning of my time in the fandom, and when my relationship with my boyfriend exploded, it was my fandom friends who were there for me — one even sent me flowers from Atlanta to cheer me up. And when I moved across the country to New York City to start over, my first friend here was a fandom friend who is still my closest friend in the city.

We’ve come together to go to One Direction concerts — and solo concerts for the boys now that they’re off doing their own things — but I’ve also gotten to cheer them on when they’ve gotten married or had babies or started new jobs — all the things that those of us older fans struggled to find cheerleaders for in the fandom before we found each other.

Sometimes I forget how these people came into my life because they’ve become such daily staples. When my dad got sick last year, these women were sending me messages every single day asking how he was doing and offering to help in any way they could. These are people all over the world who I’ve found simply because I heard a bop on the radio seven years ago. 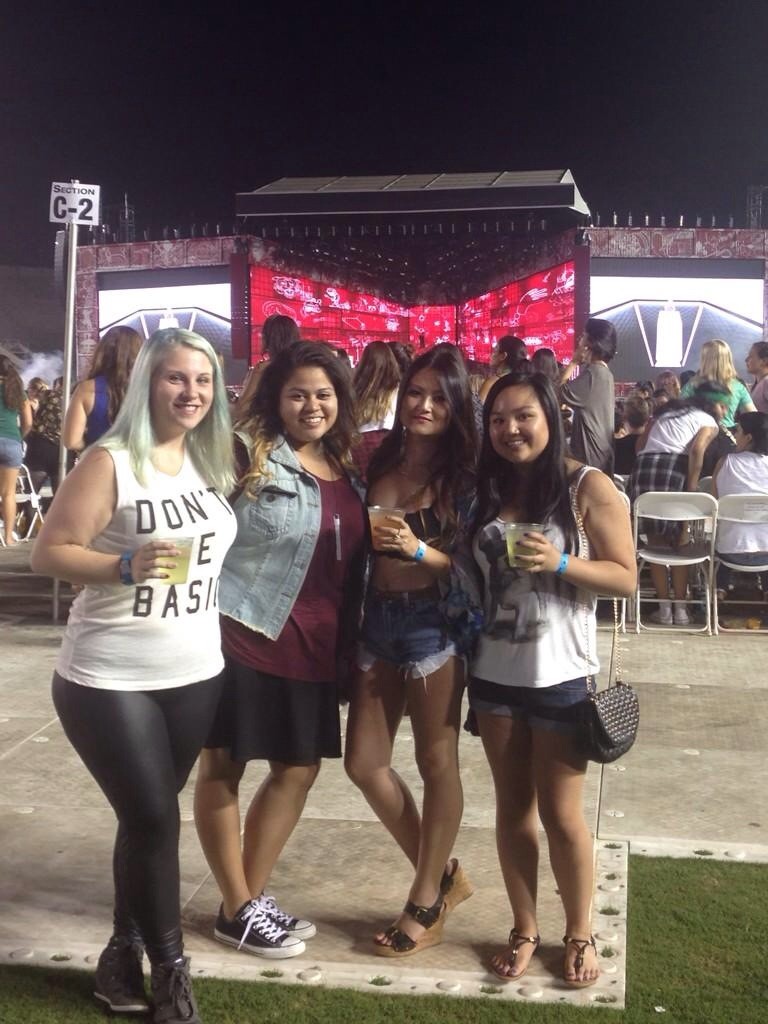 We’ve all grown a little older together — the boys included — but so much of society still seems to think that the boys’ fans (yes, we still call them boys even though they’re in their 20s now, too) are all young girls, simply because of where they came from. All of us “old ladies” are happy to show up to prove society wrong, and the beauty of having such a strong community is that we don’t care anymore.

It was hard to be the “older fan” back in my early days in the fandom, but not anymore. The boys certainly don’t care how old we are. We’re there to support them and their music. We just got lucky that we found a great group of friends because of it. Even when I’m by myself, going about my day in New York, I don’t care if anyone has anything to say about an old One Direction shirt I’m wearing. I’m not shy about it anymore, because my community — my people — have shown me that music doesn’t care how old we are.