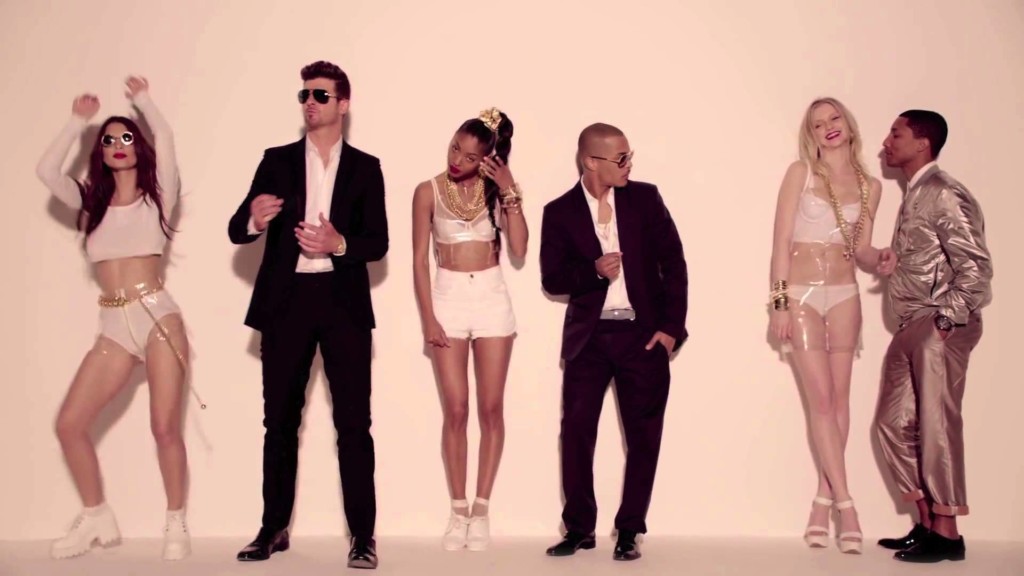 Blurred Lines Gets Cleared Up

On Wednesday, Robin Thicke and Pharrell lost their appeal in the infamous “Blurred Lines” copyright case, the landmark music verdict ruled that the groovy 2013 track sounded way too familiar to Marvin Gaye’s much groovier song, “Got to Give It Up.” The appeal results continue the “giving credit where credit is due” debate and is extremely worrying to those who believe that the court’s outcome damages creative freedom in the songwriting field. The three judges in the appeals case were not unanimous in the decision to uphold the ruling; the dissenting judge cautioned that the final result “establishes a dangerous precedent that strikes a devastating blow to future musicians and composers everywhere.” Marvin Gaye’s three children, who were awarded more than $5 million from the original decision, struck back with the statement, “If an artist wants to use the work of others for ‘inspiration,’ they always have been welcome to ask for permission.”

Country Music Turns Its Back On The NRA

Country music has long been linked with a specific type of Americana – one that features flag-flying, blue jeans, trucks, and of course, the right to bear arms. However, a recent edit to the NRA’s website indicates that the classic genre’s relationship with guns is changing. The shift began after the Las Vegas shooting on October 1st, when a gunman massacred fifty-eight people during country music festival, Route 91 Harvest. In the week following the shooting, Rolling Stone reported that many of the musicians featured on the NRA’s website were no longer inclined to confirm their ties with the association. This week, ahead of Saturday’s student-led “March For Our Lives” protests, over thirty country musicians’ names have been removed from the NRA’s online list of associated artists.

R&B’s princess of minimalism is back with a new ear worm – Jhené Aiko debuted a double serving of videos for her new track, “Never Call Me.” Global music collector, Diplo returns with a solo EP called “California.” Jack White’s long-awaited album, Boarding House Reach, is here, and reviews are mixed. Kimya Dawson, Leon Bridges, and Thom Yorke have all announced tours, while Bloc Party will be playing their seminal album Silent Alarm on six European stops this October. Magda Davitt, the artist formerly known as Sinead O’Connor, also delivered dates this week; next month she plays in New Hampshire and Massachusetts. In other live news, passes for all of Red Bull Music Festival’s May events are on sale now and on Monday, tickets for Christine and the Queens’ Halloween show are up on Brooklyn Vegan.