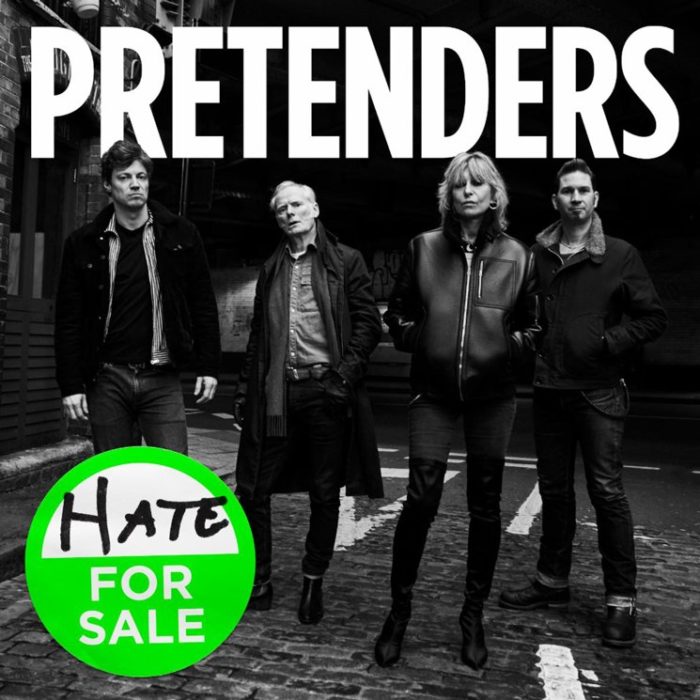 The latest album from the Pretenders comes with a title that’s a stark campaign slogan ripped from the headlines: Hate For Sale (BMG). It’s a terrifically high energy number that comes barreling out of the gate full throttle, all roaring guitars and pounding drums, with an occasional flourish of harmonica. The title track’s protagonist is the kind of arrogant, swaggering monstrosity who will never be called to account for the destruction he leaves in his wake, more’s the pity: “He won’t get hung or go to jail/He’s got a curly tongue and a curly tail.” It’s no small irony that a song about such a rapacious creature (there’s a vivid description of him dining on beef all “butchered and bled”) is so invigorating and enticing.

To some, the Pretenders might be considered an oldies act, best known for 20th century hits like “Brass in Pocket,” “Don’t Get Me Wrong,” and “I’ll Stand By You” (their last Top 20 hit in the US). All fine songs, but the band, helmed by vocalist/guitarist Chrissie Hynde from day one, is still going strong, with Hate For Sale their eleventh album. In contrast to 2016’s Alone, which saw Hynde working with studio musicians, on this album she’s reunited with her longtime touring band, which includes original Pretenders drummer Martin Chambers. That’s undoubtedly why the band packs such a punch; they’ve got a strong history together. And Hynde’s voice is as powerful and confident as ever.

This is an album populated with smooth, calculating characters like “Lightning Man,” dancing with demons to a lilting reggae/surf guitar beat. Then there’s the unsavory “Turf Accountant Daddy,” throwing his weight around until “The things you criticized/That’s what you’ve become.” “You Can’t Hurt a Fool” is the ballad, a dreamy number about a woman who’s decided that “ignorance is bliss” is the least stressful way to get through life. And as Hynde murmurs the title repeatedly, you have to concede that she might have a point.

But I prefer Hynde when she’s rocking down the street. “The Buzz” has that signature Pretenders mid-tempo beat, with Hynde comparing love to a drug you crave even as it leaves you unsatisfied. In “I Didn’t Know When to Stop,” painting becomes a metaphor for a love affair, drawing on Hynde’s own interest in applying paint to canvas (a limited-edition book of her paintings, Adding the Blue, was published in 2014). “Didn’t Want to Be This Lonely,” set to a brisk Bo Diddley-esque beat, explores the contradiction between being glad you’ve finally cut ties with an abusive loser, but are still somewhat regretful about doing so as well. Hate For Sale shows Chrissie Hynde’s still a force to be reckoned with, and the only real complaint I have about the album is that at 30 minutes it’s just too short.

Also out this month: 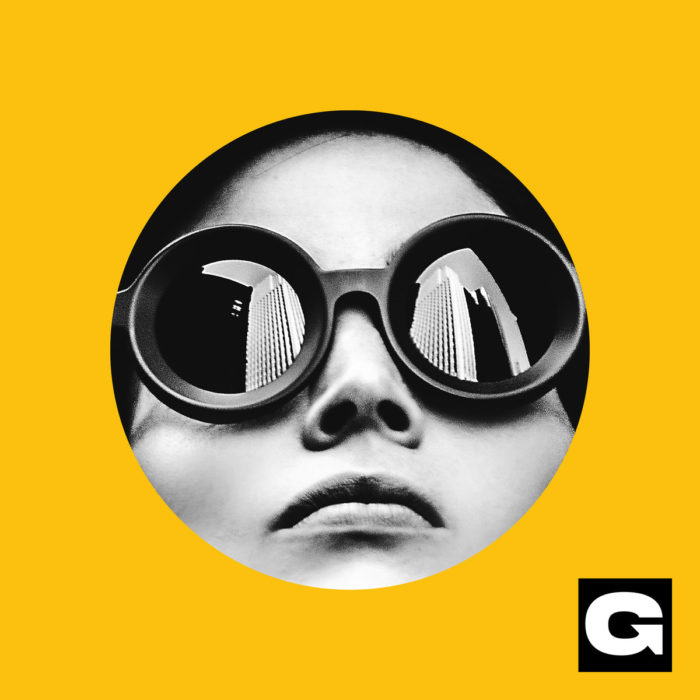 Ganser’s latest album, Just Look at That Sky (Felte Records), has the bracing, dissonant energy of post-punk/new wave/no wave. The Chicago-based band (lead vocals shared by bassist Alicia Gaines and keyboardist Nadia Garofalo; guitarist Charlie Landsman and drummer Brian Cundiff round out the group) strips songs back to the bare essence: scratchy guitars; drums exploding like firecrackers; the bass turned up in the mix, adding to the propulsion; and fraught, edgy lyrics.

The mood is wry and sardonic, as in the opening track, “Lucky,” whose lyrics belie that optimistic title; “Thought you’d be okay? Well, drink up sonny!” Garofalo taunts with a sneer. “Emergency Equipment & Exits” is an all too perfect song title for the pandemic era, and has Gaines somberly intoning, “It’s a long way down. I don’t wanna be here,” like a prophecy of doom (though the video’s a bit more positive, showing Gaines leaving an eerily empty city to take respite in a green forest).

This is music that pokes and prods, maybe leaves you unsettled, but also gets you thinking. You can order the album (including a limited edition colored vinyl release) from the group’s Bandcamp. While you’re at it, check out this article written by Gaines about the experience of touring the US as Black biracial woman. 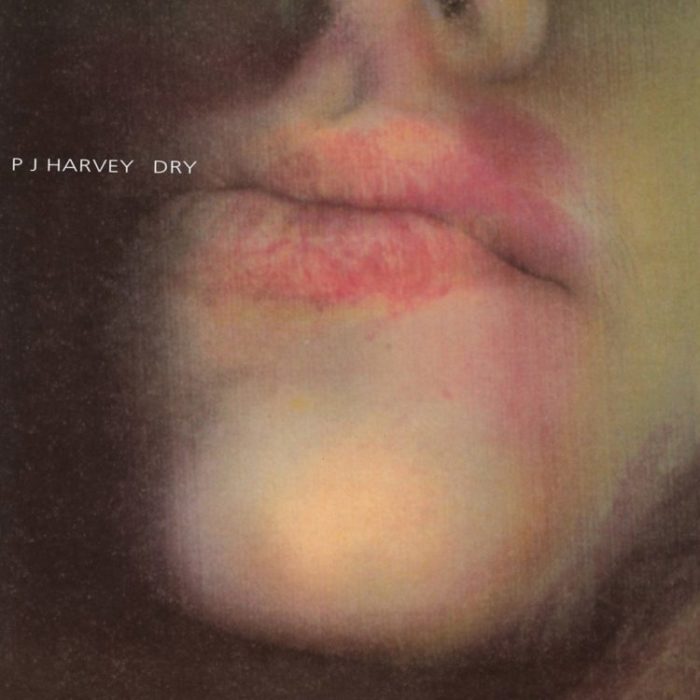 PJ Harvey’s solo career was launched in 1991 with the extraordinary single “Dress,” a rumbling, roiling number that made the act of putting on this simple piece of clothing sound positively ominous. The album Dry followed the next year, and proved to be equally striking. Harvey heads up a taut trio of guitar, bass, drums, creating a stark, churning backdrop for her brooding, bluesy songs. There’s a strong undercurrent of sensuality, coolly stating, “Fig fruit flower myself inside out for you” in “Happy and Bleeding,” while “Sheela-Na-Gig” celebrates the “child-bearing hips” and “red ruby lips” of the ancient sculpted female figures found in Europe and Great Britain. Now, Dry (Too Pure/Beggars Archive) is the first in a series of reissues of Harvey’s back catalog on vinyl. As a bonus, Dry — Demos (Ume/Island) is also being reissued. The album only saw limited release in 1992 as an accompaniment to Dry, and this is the first it’ll be available as a standalone release, on vinyl and CD. If you’re a fan of Dry, it’s well worth investigating Demos, which has spare, intimate renditions of every track on Dry, giving you an inside look into the album’s creation.