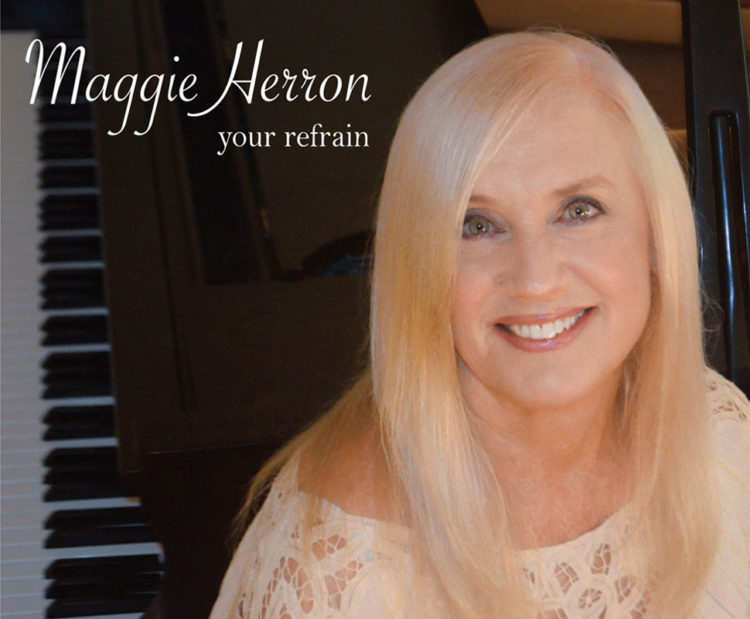 Before the darkness of the pandemic descended, you could see jazz pianist Maggie Herron every Wednesday through Saturday at Lewers Lounge, tucked away in a corner of the elegant Halekulani, a luxury resort in Waikiki. Over the course of an evening you might hear the classically-trained Herron performing standards like “I’m Beginning to See the Light” or “Ain’t Misbehavin’,” or perhaps something from a musical, like “Whatever Lola Wants.” There are modern songs too; her albums have included the likes of Joni Mitchell’s “Woodstock,” and the Beatles’ “I Will,” as well as original material.

The Lewers gig went on hiatus when Halekulani closed for renovations due to the pandemic, with the plan of reopening next year. Then Herron was dealt a harsher blow: her daughter, Dawn, was killed in a bicycle accident this past April. Mother and daughter were co-songwriters, and had been working on material for Herron’s next album. Mourning her loss, and housebound due to the pandemic, Herron decided to complete her album, and Your Refrain is an eloquent tribute to their creative bond.

The album is not without its humorous touches. “I’m not feeling very well” is the album’s opening salvo in the first track, “What Not,” but it turns out to be a light-hearted number about the joys of lethargy. “I just need to spend my days lying on this couch,” Herron sings, making that sound like a pretty good idea. The lively “He Can’t Even Lay An Egg” is a fun number with typical blues innuendo, about a strutting rooster who falls down on the job in other ways. Herron’s husky voice is well suited to this cheeky tune. The playful “I Can’t Seem to Find My Man” is in a similar vein.

On the other end of the spectrum are numbers like the beautiful love song “Touch,” with a lyrical acoustic guitar solo from Jim Chiodini. The album’s covers serve as further tributes to Herron’s daughter. Dawn loved the work of Joni Mitchell, and Herron’s simple arrangement of “Both Sides Now” (Herron on piano, Dean Taba on bass) brings out the underlying melancholy. The resonant “God Bless the Child” is enhanced by a smooth tenor sax solo by Bob Sheppard.

And the title track is the heartbreaker. “Your Refrain” is a song of loss, a song of holding your loved one close even when they’re no longer present: “Without breath, without sound, you still remain.” Herron’s piano is complemented by a string arrangement that adds to the melancholy mood. It’s a song about holding on, in the face of sorrow. But it’s not the end of the story. There are other songs the two have written that Herron has yet to record, so we can look forward to more work from this songwriting team in the future. 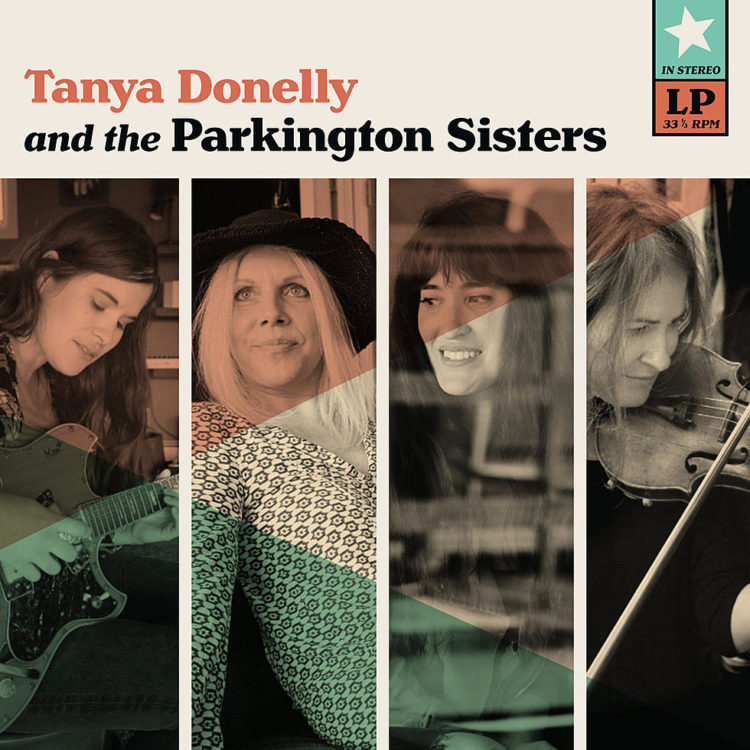 When Tanya Donelly (Throwing Muses, the Breeders, Belly) was asked to record a covers album for American Laundromat Records, she initially demurred, thinking, how can you improve a song that’s great already? But then she realized she could bring in other artists as well, opening up the possibility of creating something truly special. So she tapped the Boston-based Parkington Sisters to join her, and their resulting self-titled album offers a diverse mix of songs, with some unexpected choices.

The Go-Go’s (“Automatic”) and the Pretenders (“Kid”) are some obvious picks. The use of violin, viola, and cello over the electric guitars of the original gives “Automatic” a warmer, richer feeling, while the mid-tempo “Kid” has a more wistful cast to it. Singers love to cover Leonard Cohen, and the Donelly/Parkington version of “Dance Me to the End of Love” has an ethereal, somewhat spooky quality (Maggie Herron covered the same song on her A Ton of Trouble album). They draw on Kirsty MacColl’s arrangement of “Days” (itself a cover, as MacColl was covering a Kinks’ track), their lovely harmonies a perfect match for the song.

There’s a move into classic rock, with the group taking on Wings’ “Let Me Roll It,” with a performance that scales back the volume of the original, but is just as emotionally powerful. Then there’s Echo & the Bunnyman’s sweeping “Ocean Rain.” In the hands of Donelly and the Sisters, it’s far more languid, and ultimately uplifting. And I actually prefer their version of Mary Margaret O’Hara’s “You Will Be Loved Again,” which also spotlights the musicians’ exquisite harmonies. 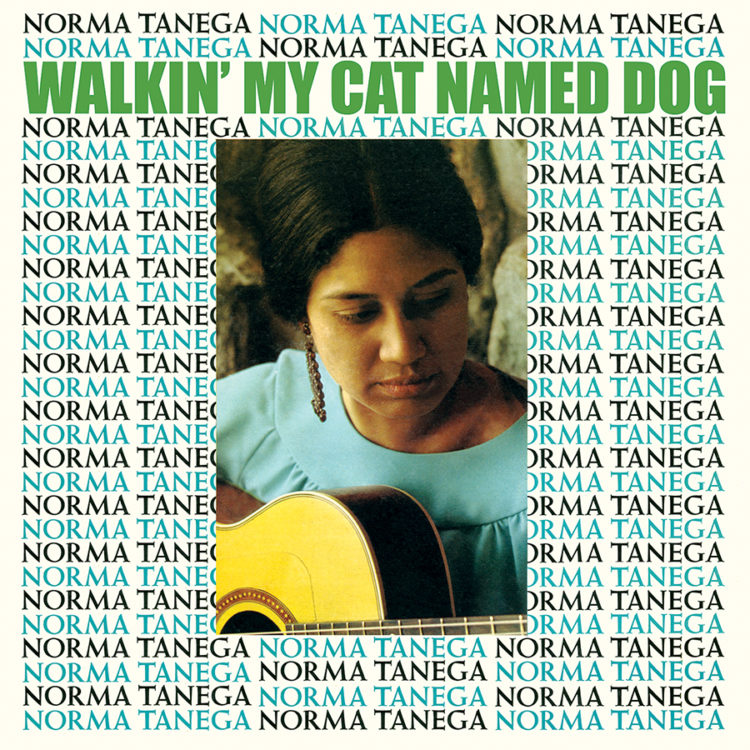 “Hear the unloved weeping like rain/Guard your sleep from the sound of their pain” Norma Tanega advises in “You’re Dead,” the lead off track from her 1966 album Walkin’ My Cat Named Dog. More recently, you might recognize it as the theme song for the FX series What We Do In the Shadows, about modern-day vampires. The spare instrumentation and Tanega’s cool, dry vocals give her bleak observations (“Don’t ever talk with your eyes/Be sure that you compromise”) a world-weary matter-of-factness: This is real life. Deal with it.

Prior to Shadows, Tanega’s best-known song was the title number of her debut album (newly reissued in a limited-edition run on sky blue vinyl by Real Gone Music). It’s an upbeat number reminiscent of “Feelin’ Groovy,” with quirky lyrics rooted in truth. Tanega wanted a dog, but, unable to keep one where she was living, she did the next best thing – getting a cat and naming him Dog, a pet she’d then walk around town like a real canine.

It’s part and parcel of Tanega’s idiosyncratic approach to her music. “The folkies don’t like me and the rock ‘n’ rollies don’t like me,” she said in an interview, a quote that pinpoints the difficulty of slotting her into any one category. You’ll hear folk and pop all right, along with jazz, country, blues, avant garde experimentation, and unusual time signatures that keep you off balance. Tanega had a relationship with Dusty Springfield, who recorded a number of her songs; compare the poetic folksiness of Tanega’s “No Stranger Am I” with the crisp sheen of Springfield’s version. Another nice surprise; “Hey Girl” is Tanega’s arrangement of Lead Belly’s classic blues “In the Pines” (aka “Where Did You Sleep Last Night”). Worth rediscovering.