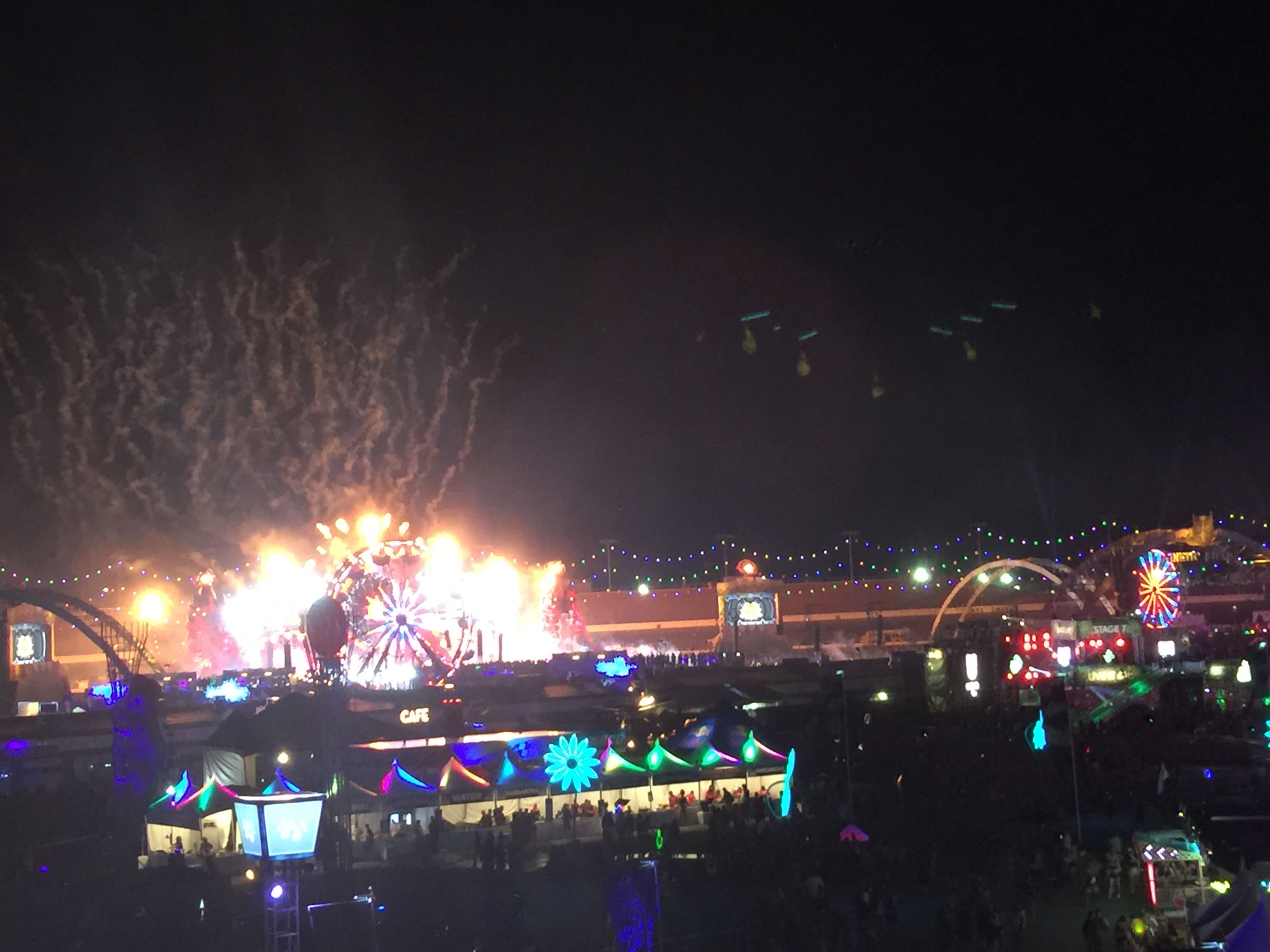 Over the past couple decades, EDM has gone from a small subculture to a mainstream, worldwide craze. Artists like Diplo and Calvin Harris constantly pop up in celebrity news headlines, and a long roster of celebrity DJs from Elijah Wood to Joe Jonas (and wannabe DJs like Kylie Jenner) are taking up the practice. The frenetic dancing of EDM audiences rivals the energy only of heavy-metal moshing, if even that. Basically, DJs are the new rockstars.

I say this now, but I was years late to the game. Until last weekend, I thought of DJs as the people who spun beats at nightclubs or curated songs on the radio.

What lifted this rock I’d been living under?

I attended one of the most epic music festivals in the world, Electronic Daisy Carnival. EDC springs up every year all around the world, from New York to Brazil. But Las Vegas was the perfect place to lose my EDM virginity. Electronic music booms through the city’s famed hotels and casinos, screens on the insides of cabs advertise DJs, and it’s home to posh nightclubs like Omnia, where Calvin Harris performs.

Famed Vegas hotel Caesar’s Palace was packed with people from all over the world waiting hours on line to procure passes. Mountains loomed in the desert sky as they paraded by the thousands — some in animal costumes, others in wings, and some just in bathing suits  — toward the entrance to the Las Vegas Motor Speedway, where carnival rides, art installations, and majestic-looking sets stood. 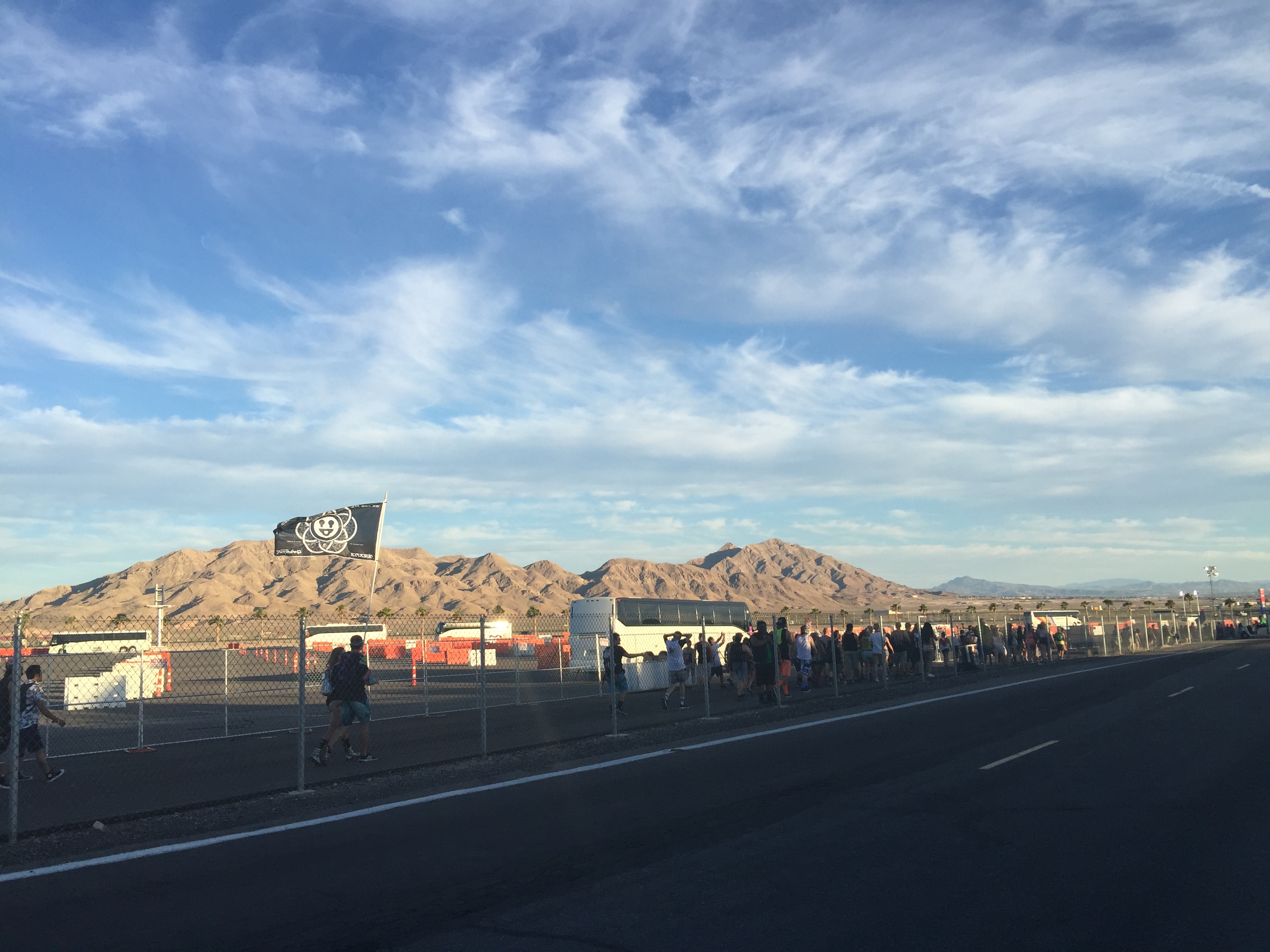 It felt like the Nevada dust had swept me to another land. Feathered creatures marched around on stilts. People in circus uniforms climbed light poles. Giant sculptures resembling space crafts shot flames. In a small house labeled “School House,” attendees colored with crayons and old-fashioned schoolteachers distributed gold stars. And as the event’s name would suggest, technicolor electric daisies bloomed from the festival grounds.

From the top of the stadium bleachers, I heard a cacophony of electronic music styles emanating from the varied stages. At a pyramidal pavilion called Neon Garden, Russian DJ Julia Govor set the tone early Friday evening with sensual, outer-space-like techno beats. Meanwhile, at the playground-like Upside Down House, hip-hop mixes got festival goers jumping. 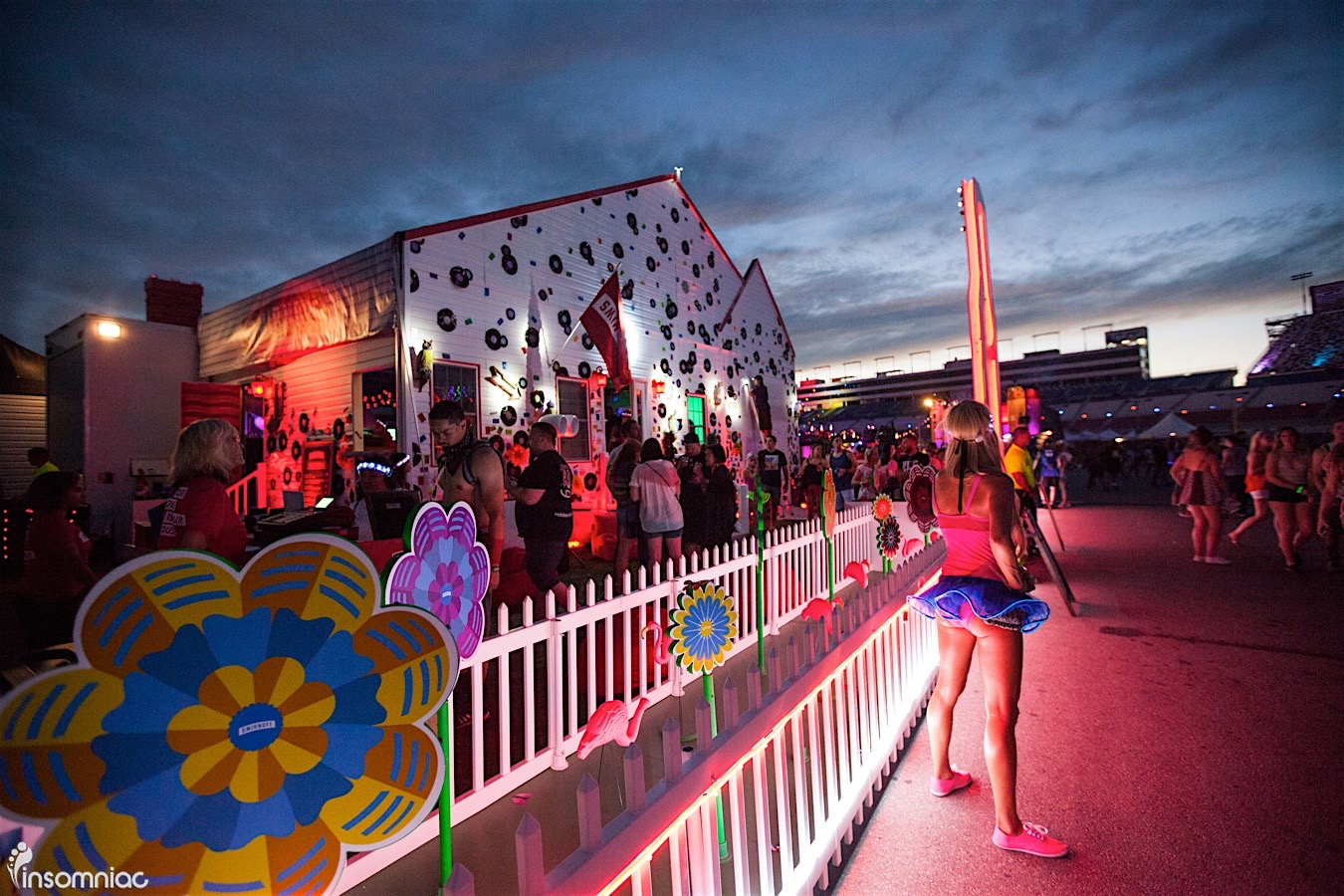 A mini festival within the festival took place at the Smirnoff House, a home/art installation where select DJs performed and guests colored on the walls. The packed crowd went wild as Martin Solveig, a French house DJ who rose to international fame with 2011’s “Hello” and has released hit after hit since, played upbeat tracks like “Do It Right.”

But it was the main stage, Kinetic Field, where the fuse burning throughout the night exploded. On a stage guarded by two enormous human-owl hybrids, eclectic up-and-coming electronic artist Jauz remixed songs ranging from Queen’s “We Are the Champions” to Israel Kamakawiwo’ole’s “Over The Rainbow/What A Wonderful World.” The night reached a climax when he asked the audience to get out their metal horns and banged out a punchy rendition of System of a Down’s “BYOB.” 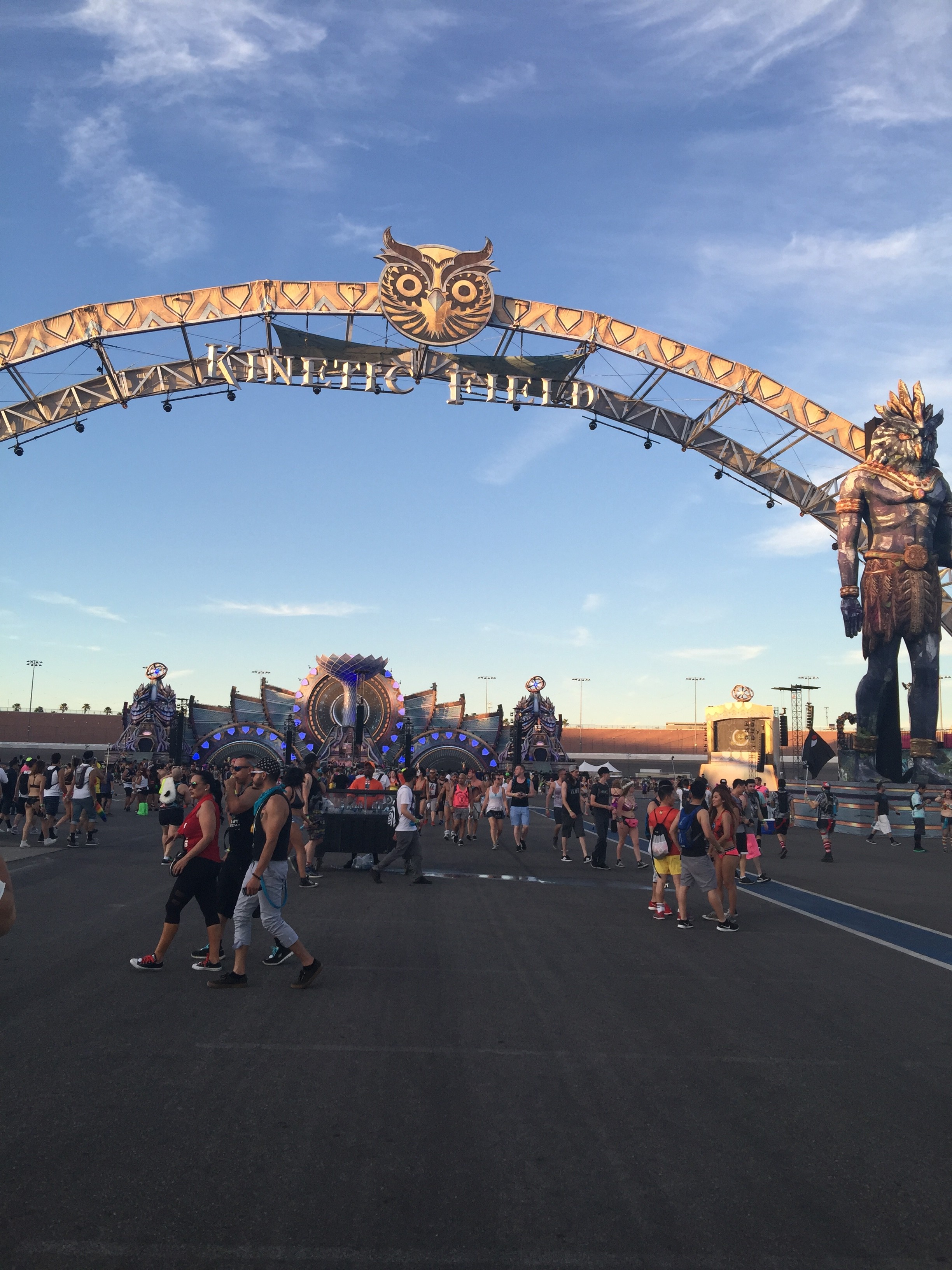 Despite the eclectic lineup, the stages had one peculiar thing in common: No matter where you were, you were likely to hear a remix of either INOJ’s “I Want To Be Your Lady Baby,” The Chainsmokers’s “Don’t Let Me Down,” or, of course, Drake’s “Hotline Bling.” One cool thing about EDM is that it reflects the current state of our culture’s music right back to us. 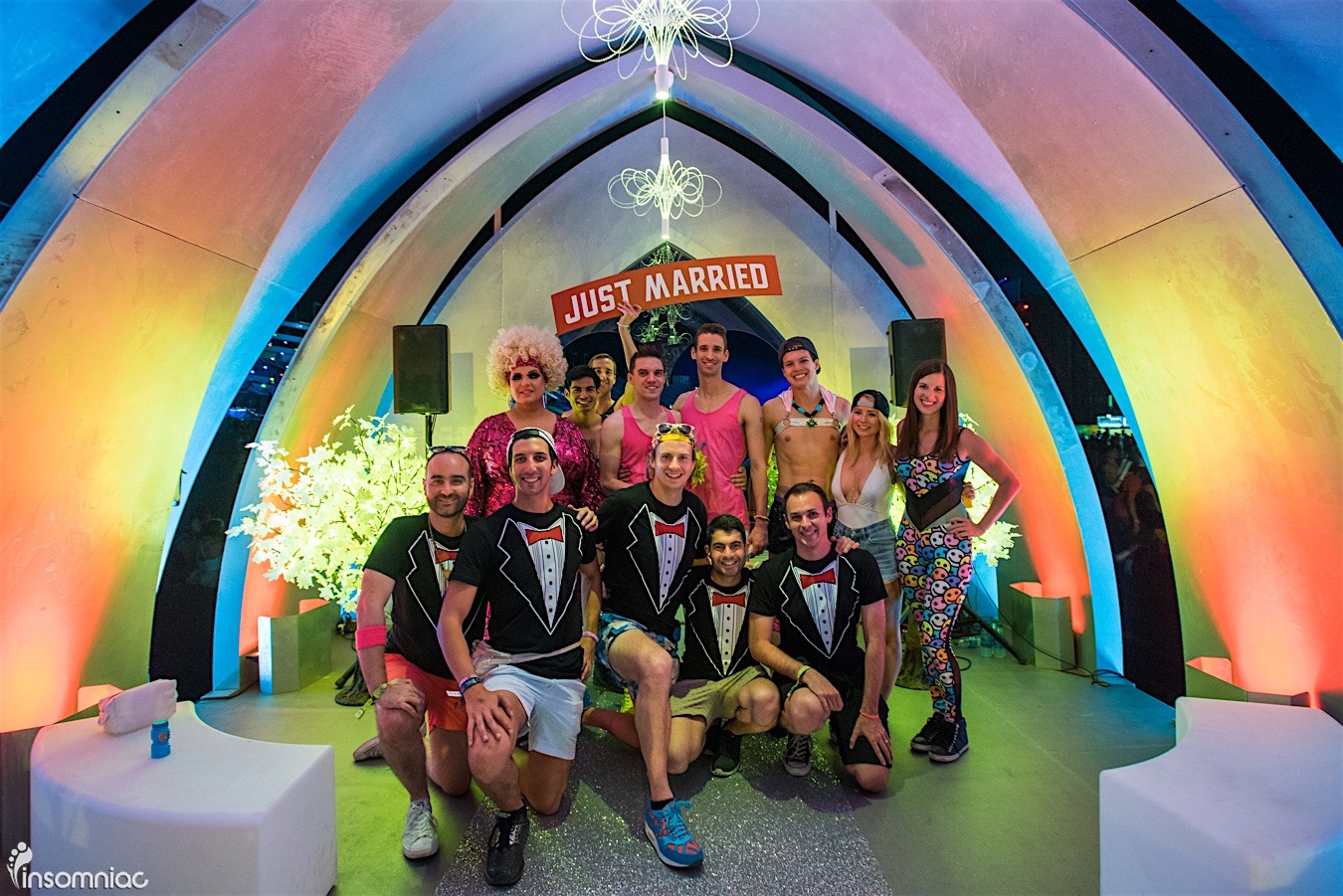 In EDC tradition, weddings were held in a 400-square-foot “Chapel of Nature” between stages. For the first time this year, legal same-sex marriages took place there. One couple named Chris and Skye’s wedding was live-streamed and given a reception at the Smirnoff House. The officiator asked that they “take good care of each other and rave on forever.” 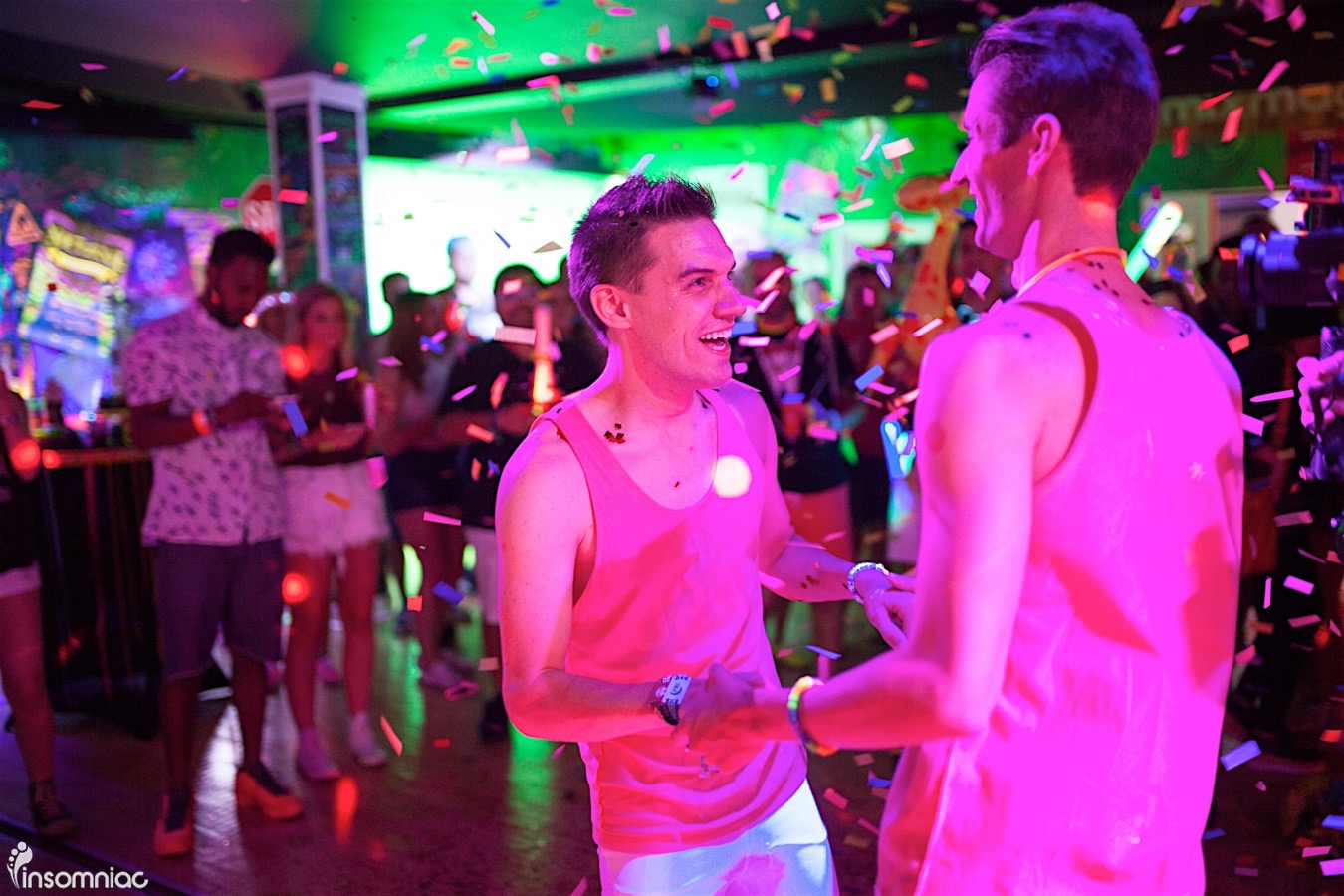 That could be the slogan for EDC as a whole. Festival-goers doled out high fives as they danced past one another. Strangers asked me if I was staying hydrated. Another guest spotted my pass around my wrist by the hotel the day after and greeted me as part of the “EDC fam.” On my flight back, I was already planning my next EDM festival.

If EDC is not on your bucket list, pencil it in right this minute. Whether you even have a bucket list or not, just go. Because even when you have not slept for two days straight and you’re being evacuated from a stage because it just caught fire and your legs are collapsing because you’ve been jumping on them so hard, you will love every second of it, the 5 a.m. end time will still feel too soon to leave.