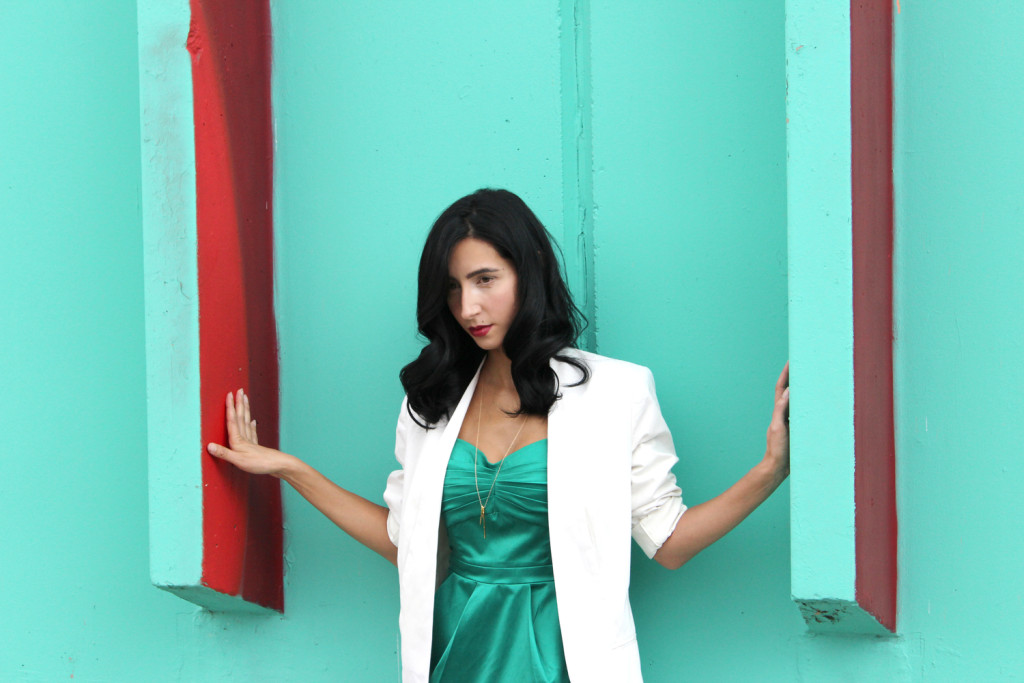 At first click, I saw visions of Janis Joplin singing “Loaded Gun,” the single off Chrystyna Marie‘s upcoming EP (also named Loaded Gun). She’s a Toronto-native chick and sultry vocalist—also super stunning. She’s no alien to performing and making music; she has won the Kiwanis Music Festival a couple times. When she’s not seeing Infected Mushroom, she’s writing and releasing her own material. Now, her next feat—the EP is definitely grungy, but melodically so. Her voice compliments lyrics like “Yeah, your love is a loaded gun. You shoot me down, just for fun. But tonight, you better run.” Loaded Gun is a brief ensemble of tracks, yet shows the different sides of her blues-y style. In “Down The Road,” she croons like a pre-swing jazz musician, although the track is very much gritty and grungy. Then she tunes down in “No More” and “The Tower,” to a more personal struggle. Adding more piano than guitar riffs in “The Tower,” Chrystyna Marie delivers a more haunting tone. “There will be no breaking down, just breaking through. When it all falls down, who will wear the crown,” she sings. The EP finishes on a poetic note. Look out for the release of Loaded Gun on February 29.