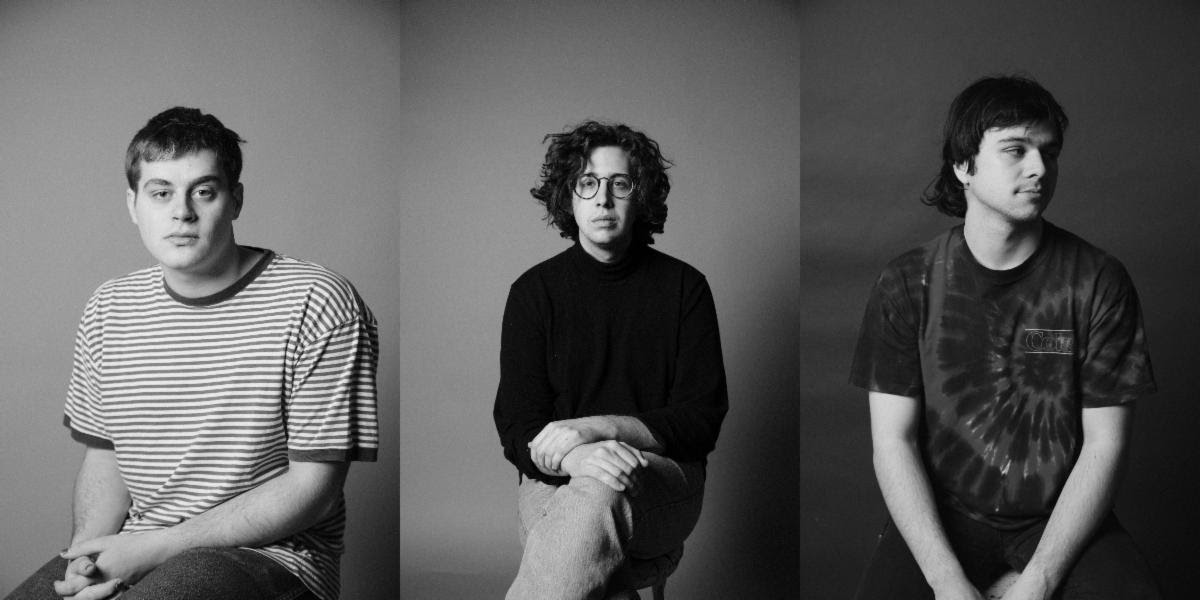 If you haven’t heard, Hoops are back.

When the Bloomington-area dream pop ensemble abruptly called it quits via Facebook in early 2018, they had been riding high on the release of their debut Routines, as well as a compilation of cassette releases, Tapes #1-3, the year before. “Since the beginning, all of us have always lived in different places and as a band have operated (and thrived) on spontaneity and coming together when the moment is right,” read the statement announcing the hiatus. “That moment could come again at some point in the future but for now we’re letting this project rest and taking some time to focus on life/work/school/other projects/etc.”

That moment has evidently arrived, as the band (now a six-piece, still co-fronted by Drew Auscherman, Keagan Beresford, and Kevin Krauter, who has a solo record coming out in February) returned to New York City for two back-to-back shows last week at The Dance, a new-ish Baby’s All Right-affiliated venue situated near Astor Place, across the street from Joe’s Pub. Though the Wednesday show was announced in November, along with Hoops’ first post-hiatus single “They Say,” the Thursday gig was rather spontaneous, with ticket-holders from night one receiving a invite via email the same day to attend night two for free. Whether practicing for their impending one-off at Chicago’s Thalia Hall in support of Whitney this Sunday, or buoyed by excitement at the prospect of getting back together, Hoops’ comeback seemed completely natural, as though their hiatus hadn’t happened at all. Met with warm enthusiasm by the crowd, the band debuted a slew of new songs as well as revisiting favorites from their previous albums.

Hoops inhabit the sentimental niche carved out by acts like Mac DeMarco, Beach Fossils, Unknown Mortal Orchestra, and their ilk: feel good, earnest indie pop that veers from the mainstream by introducing subtle twists here and there – an unexpected guitar solo, a little pedal magic, manipulated vocals. Like “They Say,” Hoops’ newer songs flirted with an almost funk-inflected terroir, but even tunes that might’ve seemed mellower on the band’s LPs, like “All My Life” and “La La La,” had the crowd swaying throughout the white-washed, neon-lit space whilst sipping on $6 cans of Piels. Krauter wore his hair a little longer, while Beresford sported a newly-shaved scalp, but essentially, not much had changed in terms of how they approached playing together, flexibly swapping instruments now and again but also sounding tight no matter the formation. Hoops give off an authentic, hard-working air born out of their Hoosier roots, but their glossy new tracks hint that they’ve added some shine to their production.

By the end of their set, the room was in a full-on “One! More! Song!” chant before the band re-emerged from the green room upstairs (via the swanky spiral staircase to stage right) to play their encore. There’s no word yet on when they’ll release a new album, or if they’re planning to play more shows, but Hoops certainly seem to have a knack for leaving fans wanting more.