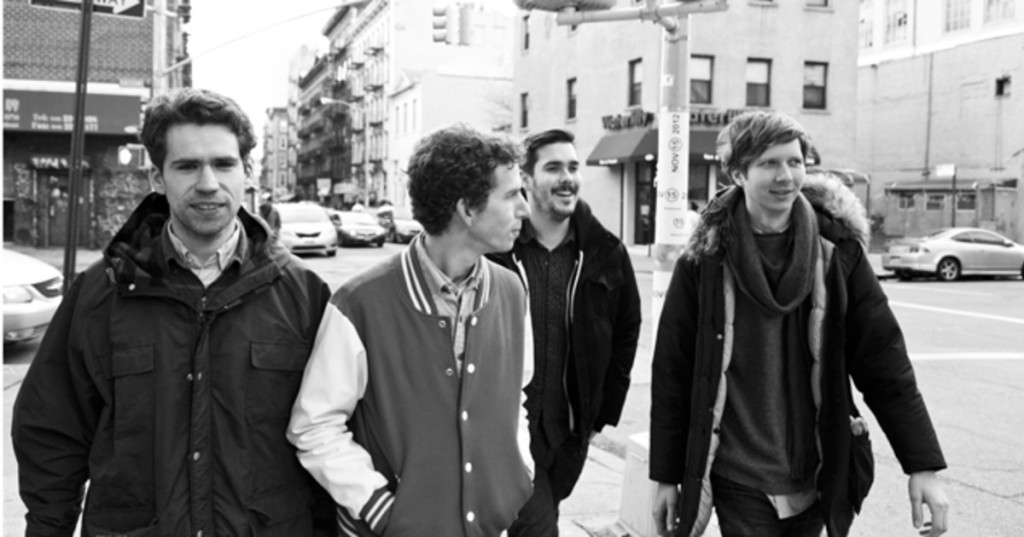 Parquet Courts, besides being the only (I think) garage-punk quartet to ever show Ridgewood, Queens the limelight it deserves in “Stoned and Starving,” are both from and intensely representative of Brooklyn’s DIY culture.  They keep it simple and keep it snotty, braiding basement-classic two-chord guitar parts with noisy hooks and lyrics that seethe with existential ennui but rarely use big words.

The group came crashing into mainstream view with Light Up Gold at the end of 2012, and then proceeded to have a busier year than their dope-smoking, couch-crashing, afternoon-rising music might have made you think was possible: they toured extensively in 2013 and released their Tally All The Things That You Broke EP less than a year after the full-length dropped. On June 3rd, Brooklyn’s hardest-working slackers are back with a brand new record titled Sunbathing Animal. Early in March, Parquet Courts came out with the title track off the new album–but only on sheet music. The dynamics prescribed for the song? “ffff,” aka “loud as hell.” Indeed. 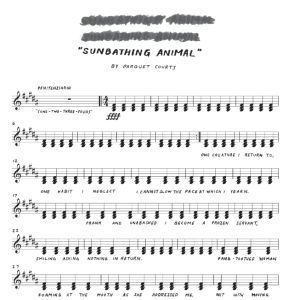 “Sunbathing Animal” is now out as a single for those who can’t read sheet music, and you can buy the 7” on Record Store Day. The track doesn’t deviate from the slightly atonal simplicity that characterized the group’s first record; however, the sustained fever pitch of vocal energy that lasts the entirety of the near-four minute song marks new, exciting ground for Parquet Courts. The repetitive, rigid drum beat is almost maniacally fast, with twirling guitar solos to match. More passionate than it is disillusioned, “Sunbathing Animal” tightens the kind of instrumental sprawl that, on the first record, would have indicated boredom, and brings all that bright distortion and dissonance into what sounds like a Parquet Courts version of a highly danceable single.

The sheet music for this track suggests a tempo of “penitenziario,” which translates to “prison.” Is “Sunbathing Animal” a punishing song, or is it penitent? Check it out below and see what you think: