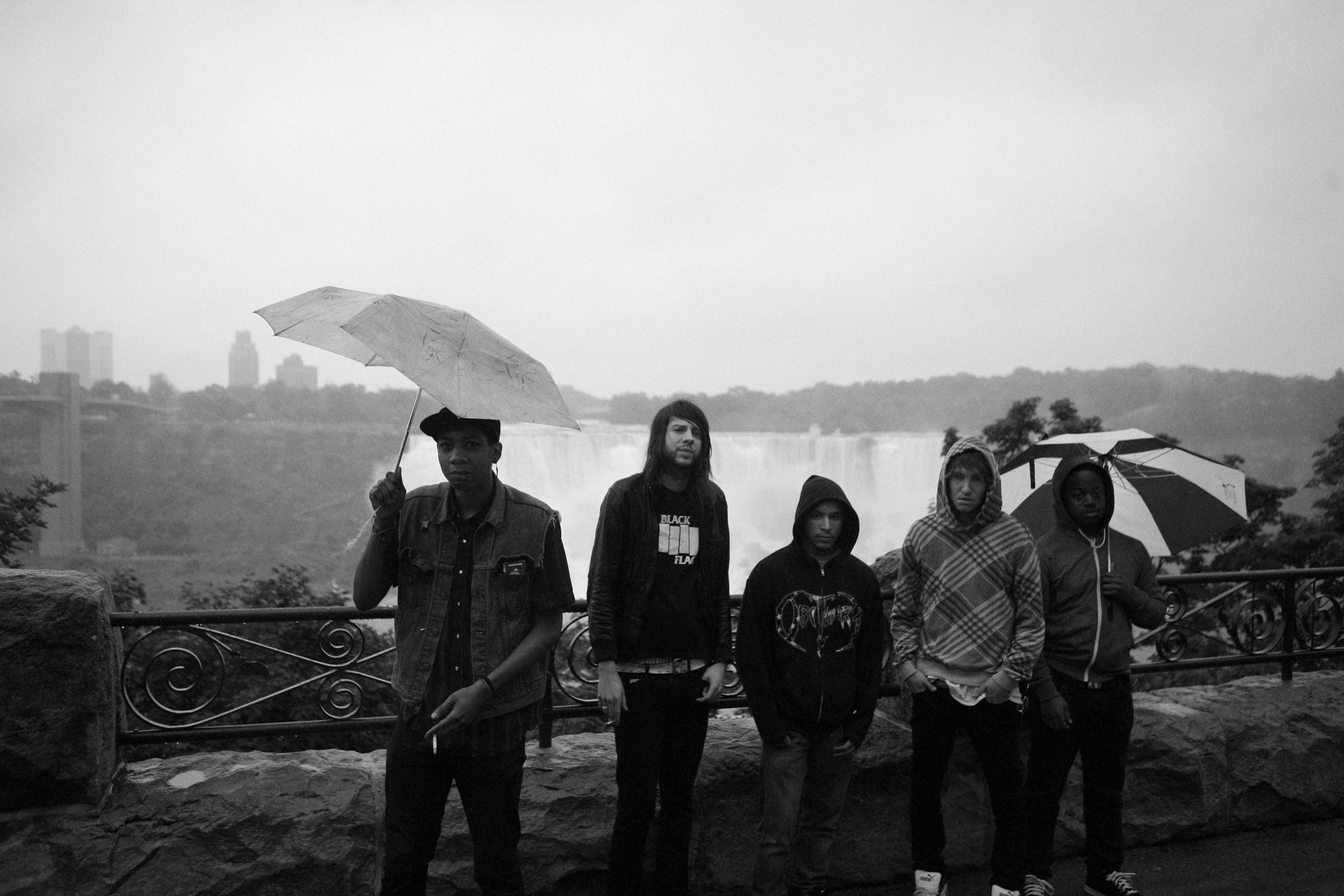 Cerebral Ballzy encompasses all that is freeing about punk. This throwback Brooklyn band is keeping the fires of old alive in the hardcore music scene. From their riffs to their sweat-dripping performances to the crudely carved lettering on their album cover, they scream grime and rough force. “Better in Leather”, from their forthcoming album Jaded & Faded, was Zane Lowe’s ‘Hottest Record in the World’ on BBC1 Radio. The newly released “Speed Wobbles,” is the B-side to “Better in Leather” and it’s a short, thrilling ride.

This minute-long track goes from beginning to end with a super fast-paced rhythm that jars you into action (or, at least, wanting to move). The guttural, croaking voice is harsh, but really makes you want to sing along however the only really intelligible words are, unsurprisingly, “Speed wobbles” shouted just before the song ends. The guitar and bass here are quick enough to come close to metal, but Ballzy stays dirty enough to instead ride off into a meeting between hardcore and punk.

The best thing about music like this, for me, is how cathartic is is. Not lyrically, as some other music might be, but in the mood: It’s jut-your-chin-out angry, it’s plain old fuel for the fire. And letting go of that fire is such a release. Somehow this track manages emotional and fun at simultaneously, and its brevity is what keeps it level. There’s a release, but it doesn’t go on to the point of rage or anxiety. It’s short, sweet, and during shows there’s time between songs to prepare yourself for the next bout of action.

Give “Speed Wobbles” a listen below: