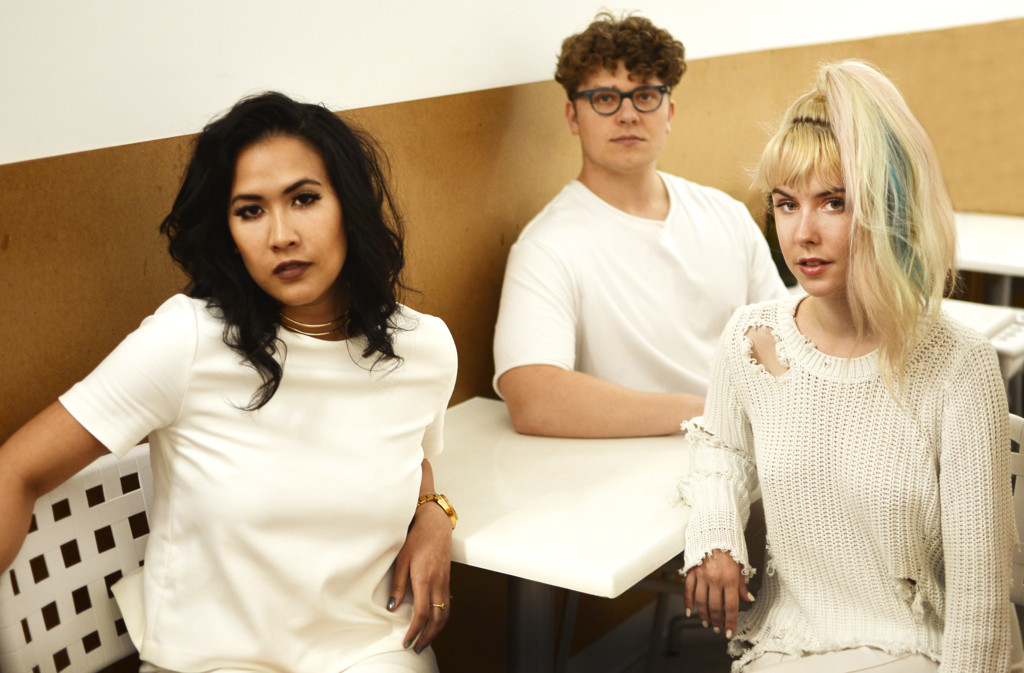 The pop trio is made up of producer Kenny Grimm, drummer Isabelle De Leon, and vocalist Naomi Almquist. Formed in 2013, Prinze George has quickly exploded onto the indie scene.

“Kenny is the producer, so a lot of the sound comes from his mad scientist brain and his excellent taste, musicianship and obsession with having the coolest and most current toys and sounds. All three of us are very inspired by the home that we share and by this journey we are on together,” Naomi said in an interview with AudioFemme.

The two singles from the record have been praised by Stereogum and SPIN, with the latter calling their song “Wait Up” a “cinematic ballad from retro-pop heaven.” Check out their latest visuals for “Wait Up” below.

This show starts at 8pm and is 18 and up. Purchase your ticket here!