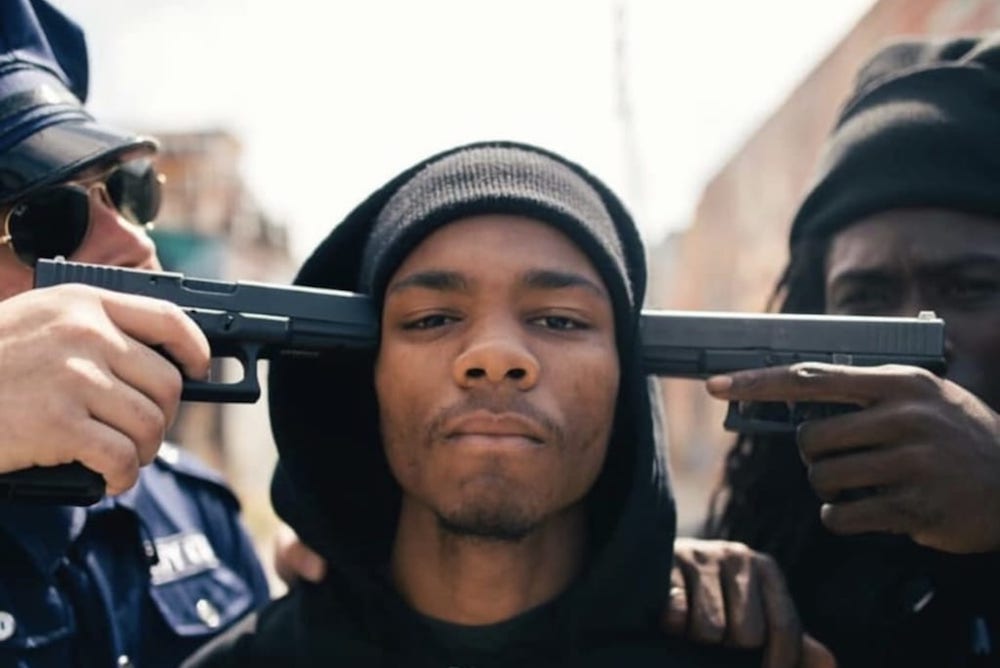 Project Poppa is settling into venerability. His latest release, “I Can’t Breathe,” sees the East Oakland rapper’s voice choked with emotion as he details the complexities and dangers of being a young Black man in America. “A lot of people like to say how are we mad what’s goin’ on/when we doing it to each other” he says in the song’s spoken intro. “I can’t be no hypocrite, family/I’m going to speak from both sides.”

This intro has a impromptu air, closer to the way one would address a younger sibling or cousin who was having trouble understanding current events than a soap-box speech devoid of patience. It works, even in a single with a short running time, where every moment away from singing or rapping is all the more noticeable.

To call this a “single” in and of itself feels strange. In modern music, the word has clear connotations of being connected to a greater project, yet placing any work released as direct commentary about the current state of political unrest on the same wavelength as the standard album cycle seems trite at best.

I find myself wondering how many takes felt necessary to complete “Breathe” to Project Poppa’s satisfaction. I would not be surprised if it was only one, even as he heard his voice near breaking multiple times; there’s an authenticity in its rawness that feels right, as opposed to feeling like a sloppy practice run. And the track is far from sloppy. It took me a few passing glances at the album art, distorted slightly on the SoundCloud player, to realize that one of the figures holding a gun to Project Poppa’s head was a white cop, the other another young black man like himself. Obvious? Maybe. Effective? Certainly. Something released outside of the album cycle, in quarantine, might have gotten away with a mobile phone picture, or even plain text, but no — Project Poppa made the choice to reuse the art from his 2017 album, War Outside. The message is clear: the visual is still as relevant as it was months, weeks, 1,216 days later.

“They say we trippin’ cause we breaking the stores/but what’s a life to a broken door/ain’t no comparing it” begins the first verse, echoing many a sentiment that has been expressed, on both micro and macro levels, in the past few weeks. And it’s true; what is a broken door to what Project Poppa chronicles here: a lifetime of looking over your shoulder, watching yourself like your own personal security camera, trying emerge unscathed from run-ins with both law enforcement and members of your own community? Like Project Poppa stated early on, he wants to look at both sides, but I interpreted this less as “both sides are equally culpable” and more as an attempt to look at ones own behavior from the lens of understanding that the odds are inherently stacked against you from the get-go.

The key line of the song comes almost at the end: “I’m just a young black man with hella dead friends.” Here is where Project Poppa gets notably emotional, where the beats kicks into high gear, and the song ends on a series of bold bars. The rhymes are more up front, with less lyrical complexity and less of a distinct story than the earlier parts of the song, but like that key line, they hit and keep hitting.

Despite the clear emotion, there is very little bombast here, in contrast to some of his earlier work. In general, Project Poppa seems to be moving to smaller, intensely personal projects like his street preacher mixtape, which is yet to be released on Spotify with the rest of his discography – it lives solely on SoundCloud, the stomping ground for anything supposedly “less polished.” Of course, no one is obligated to examine their own pain in their art, but for Project Poppa, even if the greater obstacles feel insurmountable, vulnerability is serving him, hopefully both personally as well as artistically.

Bay Area artists who would like to be featured in this column can reach out to @carmakout on Instagram.