Kilamanzego has been on our radar ever since fellow Philadelphian superstar Moor Mother name-dropped her online, but in March, the electronic producer and multi-instrumentalist will release her first EP after years of releasing one-off tracks. Her first new single in several months, “Jungle Frequency” won’t appear on the EP. But, if that means that we have even more of Kila’s music coming our way, then lucky us.

“Jungle Frequency” is ever-evolving and brilliantly arranged. With each listen, “Jungle Frequency” seems to expand, revealing more of itself: the strumming of a metallic stringed instrument, airy wind chimes, atmospheric beats. The song itself exudes an aura of confidence – it’s dense and bursting with ideas, yet controlled and deliberate. It’s no wonder that Kila’s sound is so expansive; she played bass in a variety of rock bands from middle school onward, then turned toward funky electronic music. Her style is distinguished by her incorporation of Ghanaian musical motifs and influences, drawing from her own heritage to generate something uniquely her own.

Kilamanzego is a one-person show, managing everything from production, to publicity, to album artwork on her own. As an artist who is so deliberate about communicating a particular vision, it will be exciting to see what happens when she releases her first EP next month. If she can express something so bold in just three minutes, what will she be capable of with even more wiggle room? If live performances like her studio session at The Key show us anything, it’s that this EP will surely live up to the hype. 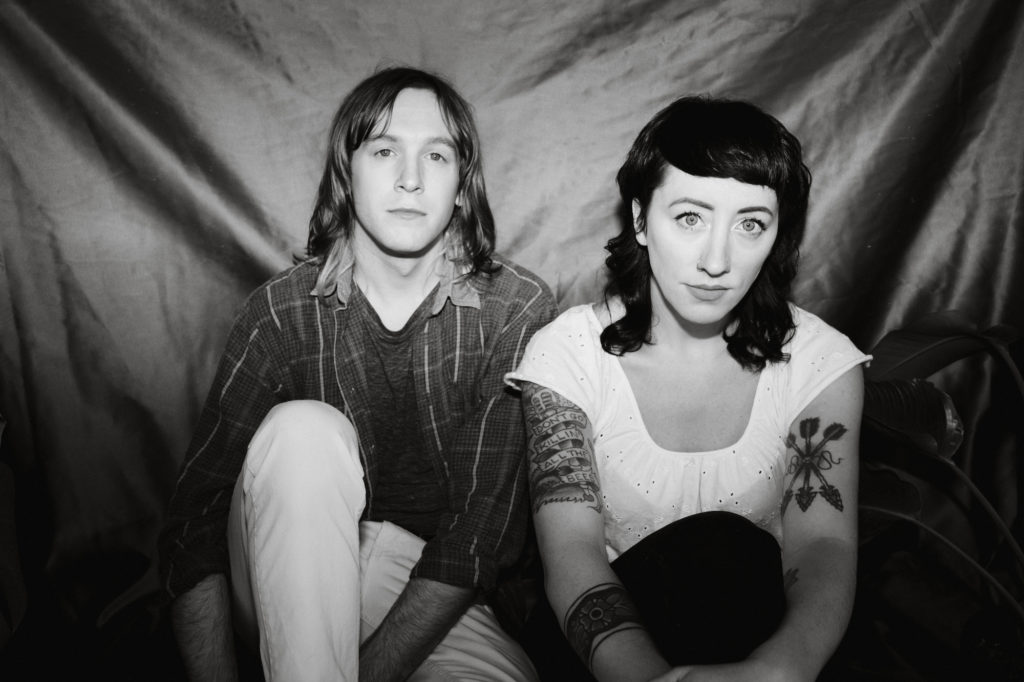 “When You Leave the Sun” by Gladie

No one was happy to hear about Cayetana’s hiatus/break-up last year, but nonetheless, it’s exciting to see what else Augusta Koch, former member of the beloved Philly trio, has up her sleeve. Now joined by Matt Schimelfenig, Koch is one-half of Gladie, whose debut LP Safe Sins is due out on February 28.

How torturous it is for Gladie to release a song about that feeling on your sun-kissed skin in the dead of February, which is inarguably the slushiest, harshest month in Philadelphia. It might be passé to talk about the weather, but what makes “When You Leave the Sun” so compelling isn’t so much its lyrics as its fuzzy, vintage sound – if the single were accompanied by a music video, it would definitely be shot on an analog camera. Its screeching, blown-out guitars sound like a Monomania-era Deerhunter, marking a shift from Gladie’s previous single “A Pace Far Different,” which is more soothing than discordant. On this track, Koch is hopeful, urging us to find inspiration in dull moments: “On the bright days, I can feel the sun […] But I still feel it when you leave,” she sings. It’s your standard two-minute surf rock ditty, but the simplicity is enjoyable, accurately capturing the feeling of pure contentedness.

So maybe this is an appropriate anthem for this icky time in Philadelphia – I mean, how frustrating is it that it’s cold, yet not cold enough for the chilling rain to turn to snow? But, as certain as ever, the various farmer’s markets around town rage on, and the dogs still run around outside sniffing for the scent of a friend’s urine. In honor of Gladie, I’ll try to remember what the sun feels like the next time I get stranded in the rain waiting for the bus, but I won’t make any promises.