Australian-born, Vancouver-based Larissa Tandy is looking on the bright side in her latest single “No Fun.” It’s the final in a trilogy of singles she’s put out this year, following “Drive” on July 23 and “Sirens” released on May 21. All three were written and recorded between Nashville and Memphis with the help of Nashville’s finest session players and a legend of the Motown scene, Funk Brother Jack Ashford.

The trilogy concept was birthed through a very rational decision. Tandy knew she could only afford to create and promote three songs, as opposed to a full album. But by releasing them as a trilogy, she’s inadvertently captured a snapshot of her life across three cities.

“They do speak to the different parts of my life,” affirms Tandy. “‘Sirens’ is very connected to my past in regional Victoria. The second song, ‘Drive’ is very much based on my time in Nashville – the people I was writing with, and stylistically fascinated by – and then the third [‘No Fun’] is related to my life in Vancouver. I do feel like I have three home towns.”

Riffing on Vancouver’s reputation as a beautiful, but boring place to live, Tandy complains that never stops raining, that everyone says they’ll call then they never do, but then finds the silver lining in they city’s overcast skies: “there’s still a million reasons to never leave this town.” Primary among these – Vancouver offered sanctuary when Australia refused to acknowledge the legitimacy of her marriage. She met her partner, Elisabeth, on a holiday visit to British Columbia in 2007. Tandy returned to Melbourne for nearly seven years before she and her wife made their home in Vancouver in 2014, and the couple welcomed their daughter in 2019.

The video, however, won’t be lauded by the Vancouver tourism authorities, with an unenthusiastic Tandy posing in various mundane settings around her adopted hometown, her head poking through an oversized postcard reading “Beautiful NO FUN”.

Tandy made it herself, including designing the seagull who’s mouth she inhabits in the video. “It’s currently propped up against the house in the backyard. I might actually do something with it at some point,” she muses. Sounds like fun, so that’s probably against the local laws.

Tandy’s accent is unmistakable in its broad, Aussie frankness. Her knack for storytelling and unexpectedly candid confessions in the least melodramatic of moments are also typical Australian traits. Now 45, Tandy was born in Sydney and grew up with her parents and older brother Ryan in regional Victoria, on the Mornington Peninsula, before making her home between Vancouver and Nashville.

“My dad was in the Navy,” she explains. “My dad was from Sydney and my mum was from Melbourne. I must have been so little when we were relocated to Melbourne, and there was also a short period when we moved to Tasmania. I got kicked out of boarding school, returned to Victoria and spent my teenage years on the Peninsula. I don’t think I’m normal enough to thrive in that [boarding school] environment. I was 10 when I went, so I was making sense of this whole other world, this reality I had no idea about before.”

A reality that did make more sense to a young Tandy was songwriting and singing. “Ryan had been in every single band that I’d played in, we’d worked together on everything,” she remembers. “I started a band around 2000. I’d been playing bass in this 3-piece but the other two people were a couple and they had a spectacular break-up during one of our shows… my brother was like, ‘Start your own band – just do it!’”

They did, expanding with bass players, backing vocalists and a drummer, but they had a booking agent who lamented that his venues wanted “quieter” bands. So, Tandy improvised and insisted they did have a quieter band, inventing the name Strine Singers.

Ryan and Larissa joined with another brother-sister duo, Mick and Lou Rankin in 2011, releasing their EP Counter Canter two years later. The folk-meets-country harmonising over gorgeously simple, steely guitar still sounds just as fresh and affecting as it did upon its 2013 release. The band amicably parted in 2014, though they’re all still close Tandy confirms. “They coaxed me out of my shell, and encouraged me to put more stock in my own work,” she says. “It was a good, really supportive environment, but I was ready to move into a solo thing that I could put my name on.”

Since 2016, she has travelled back and forth between Nashville and Vancouver, writing and collaborating fervently in East Nashville. Vancouver is home though, and upon settling there with Elisabeth, she wasn’t sure how to break into the Canadian music scene. “I’d just landed in Canada. I really didn’t know what I was gonna do. Strine Singers had wrapped up. I had this idea that I’d release stuff then go back and tour Australia,” she says. “I had all these songs and I thought I may as well try to make a record, though I had no music network in Canada. I did some research on Canadian albums I loved.”

That was how she met Jim Bryson, a studio owner in Ottawa who would eventually produce her 2017 solo debut The Grip. “Jim was [a collaborator and guitarist] in the touring band for Kathleen Edwards, a beloved Canadian alt-country artist. I really loved what Jim brought to that band, so I reached out to him and next thing you know I’m flying out East to make a record with him,” she recalls. “I stayed at his place for two weeks and we worked everyday trying to play as much of it as we could.”

Fortuitously, Australian friends and acclaimed singer-songwriters Liz Stringer and Kat Lahey were on tour from Australia so they featured on the album, too. They recorded it mostly in 2015 but it took a lot of research and work for Tandy to find a distributor (MGM Australia in Sydney and Nashville). At the same time, she was trying to juggle being her own manager, with no support team, and she’d also had four hip surgeries within that period.

“I really didn’t know how to put a record out… but that whole experience has a lot to do with where I’ve got to now, which is how to find a way to release things as close to when they’re written as possible,” she says. The Grip spent four months on the US Americana charts, attracting positive reviews internationally and winning her the prestigious Nashville Songwriter Residency. And releasing these latest singles in a purely digital format symbolizes Tandy’s rebellion against the slow-moving traditional system that dictates when and how artists should make and share their work.

“I founded the more I started to complicate the process, the more I created delays, whereas doing things digitally kept things simple,” she explains. “I created visual assets, the videos, and tried to do away with anything that interfered with the process and slowed things down. I had the opportunity to do this without thinking about the commercial aspect, I had some budget to do it and I wanted to get the ball rolling. I entered a great creative period of my life, I just wanted to clear the decks and make some space for it. I didn’t want to be stuck in the standard release system of releasing an album every two years and sitting on work for so long. I think it’s possible to build your own audience and the best way to do that is to keep nourishing the patch of turf that you have with more and more of your work.”

Tandy has her own home studio, which is where she’s assembling a collection of songs that she intends to release as twelve stand-alone singles, beginning in mid-2022. But Tandy plans to preview two songs per month via Patreon beginning in September, followed later by a traditional album that offers the songs as a cohesive collection.

“The songs that I’m writing for it are really personal so I’m trying to create something low-vibe,” she says. “I’m pulling them up, tinkering, it’s a different way to work.”

It’s a great time to get personal – with prime examples of women in country music writing about their sexuality, speaking about their partners and their queerness in interviews and owning it. “There’s a real movement in queer country that is so exciting. The amount of artists – queer or otherwise – who have endorsed hat movement, or expressed their allyship… there’s a sense that things are really changing in the industry and where the power once was, it no longer is,” Tandy says. “If someone tells me my music is ‘too gay’, I say it speaks to some people, and so be it. I identify as non-binary so I see it as a challenge that in this fast-moving environment, people want to understand things quickly and easily so the more complicated things are, it can be an obstacle [to people understanding]. The more authentic you are, the better off you’re gonna be.”

Each week Audiofemme gives away a set of tickets to our featured shows in NYC! Scroll down to enter for the following shindigs.

See you there! xoxo 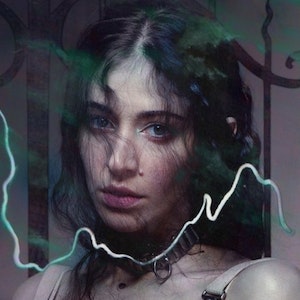