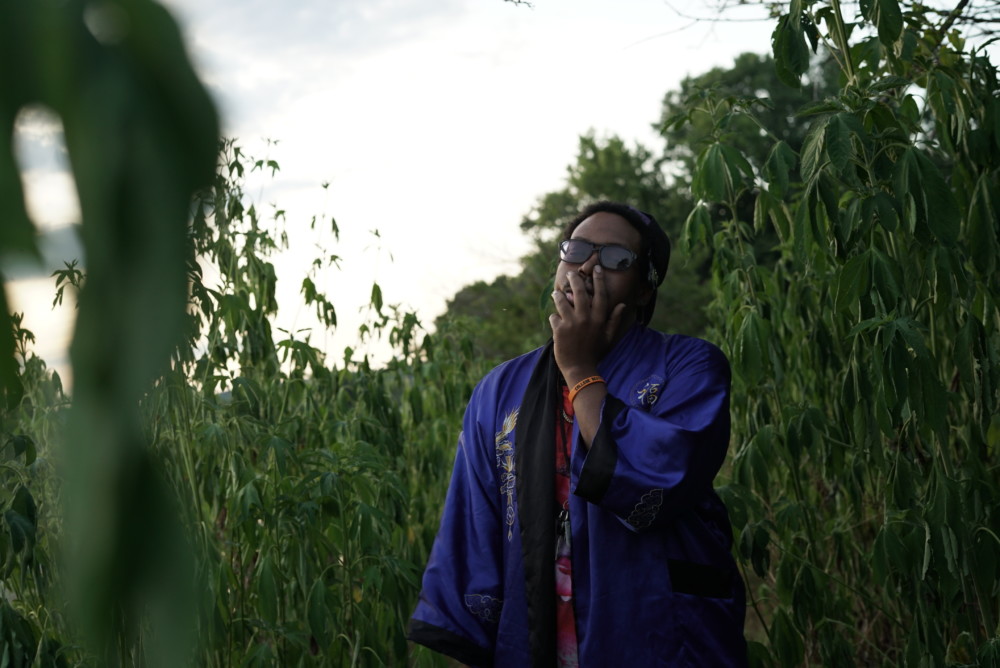 Much like the rest of the world, protesters in Cincinnati continue to rally against the police killings of George Floyd, Breonna Taylor, and the countless other Black men and women who have fallen victim to racially unjust and violent policing practices.

Amid week-long protests, petitions, and social media campaigns, Cincinnati’s own Devin Burgess decided to channel his emotions into a beat tape, called SayTheirNames. All proceeds from the project, released via Bandcamp, will go to benefit the families of Floyd and Taylor through GoFundMe.

“I wanted to be able to use my talent for the greater good, and not necessarily make music about what’s going on, but make music that represents what’s going on,” Burgess tells Audiofemme. “So, I compiled these beats – some of them are a year or so old – and I went through my archives and just thought, ‘What sounds like how I’m feeling right now?’”

The beats range from somber to urgent, sample audio clips from news coverage, and are each named after a victim of police brutality or racist violence, including Ahmaud Arbery, Sandra Bland, Botham Jean, and others.

“They’re all relatively heavier; they feel more emotional,” Burgess explains. “It’s a heavy listen, and I wanted it to feel like that because that’s how I feel. My heart and soul are so heavy with what’s going on right now.”

Burgess promoted the track in an Instagram post, alongside a profound message: “Music is a time capsule. Songs live on forever and people do not. But when it comes to injustice, artists have some what of a responsibility to merge the two to educate and inform the people,” he said. “Music lives on, and I need these precious souls to live on with the music. Their names can’t go forgotten. I know that this is only a SMALL, percentage of the people that have been killed by police, but i’m using this to represent them as well. Along with all the people who DON’T get mentioned when they die by the hands of the police.”

Besides using the tape as a way to contribute to reform efforts, the rapper/producer says SayTheirNames has also been an outlet for self-care. “I’m Black, so I know the vibes with this injustice. This is something I’m feeling every day,” he says. “I’ve been trying to stay busy and stay informed. It’s very hard to put my phone down. Like, of course, you gotta take a break every once in a while, but you also wanna be informed at all times. So, that’s what I’m battling with right now.”

SayTheirNames will remain on Bandcamp so that listeners can continue to donate to both Floyd and Taylor’s families. Burgess says he’d also like to donate to the Cincinnati Bail Fund to assist local protesters who have been arrested.

“I wasn’t expecting as big of a turnout for Cincinnati [protests] and for it to be this consistent – people are still out there protesting,” he says. “Good has already started to come out of this, we just need more good. We gotta fight harder.”

Besides protesting, supporters can also sign petitions, donate to the National Bail Fund and reform efforts in Minneapolis and Louisville, and support the Movement 4 Black Lives Coalition and Black Lives Matter Network.

“Don’t just scroll past these petitions, ‘cause they’re just as important as the donations and the money,” Burgess adds. “Money’s cool, but money doesn’t always make everything happen. Do your research. Keep donating to these families. Continue to protest. This shit will not stop after a week, this is something that we have to keep going.”

Find a list of charities, petitions, and resources in the fight against systemic racism and police brutality below.