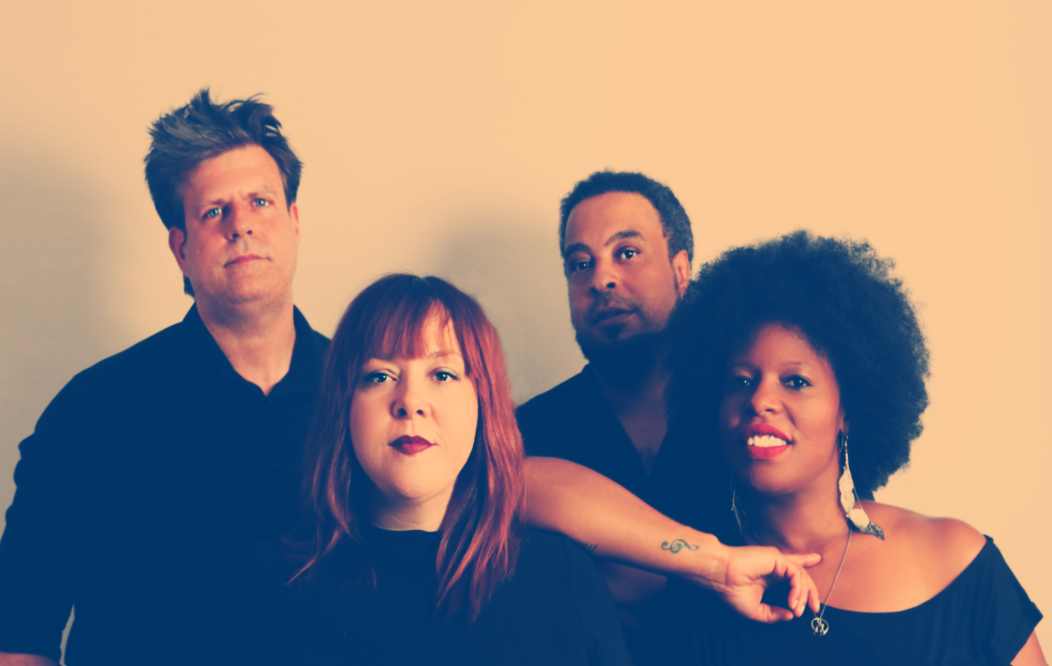 If you read that to the tune of Donny and Marie’s “A Little Bit Country, A Little Bit Rock ‘n Roll,” then one of two things must be true: you’ve got a truly unique sense of humor combined with an encyclopedic knowledge of music, melody, and phrasing…or you’re running on exactly as many hours of sleep as I am and are more than a little bit frazzled by the impending holidays.

No worries, though; Wren and the Wravens are here to help.

The soulful dream-pop band, known for their funky rhythms and introspective, emotive lyricism, made a splash with their self-titled debut EP less than two months ago, but their intrinsic awareness of their voice and identity as a band adds a self-confidence and freedom of expression that’s hard to find in a debut.

Of course, this is hardly their first rodeo; Abby Wren, the lead vocalist and founder, alongside drummer/percussionist and vocalist Julian Scott, had been playing for years as Atlanta’s beloved Secondhand Swagger before transitioning to Wren and the Wravens and solidifying the lineup with Tiffany Cherry White lending vocals, keys, synth, and bass to the already power-packed sound, as well as Rob Lane on vocals and guitar.

I caught up with Abby before the turkey-induced haze hit too hard and got the chance to talk all about Wren and the Wravens’ debut EP, the inspiration behind some of the records most intimate lyrics, and the creation of the merriest funkin’ Christmas party Atlanta has ever seen.

AW: Our previous band name, Secondhand Swagger, shifted to the name “Wren and the Wravens” after changing the direction of our vibe and overall dynamics. That naturally occurred after doing a little rearranging. It’s all about growth.

AF: How did the four of you get your start in music, and at what point did you realize it was more than a hobby?

AW: Each one of us has been playing music with the intention of doing it forever since we were kids. Music chose us. We didn’t really have a choice. In fact, it’s the easiest part. The hardest part is making a full-time living and chasing opportunities. We do our best.

AF: You just released your debut self-titled EP in September — congratulations! What’s it been like to release your first project together?

AW: Thank you so much. It’s really cool that you recognize the depth in releasing an EP. This experience has been mostly amazing and a little intimidating. The music industry can be terrifying especially since we have such an unclassified yet relatable sound. We are proud to share it with you. Also, connecting with top-shelf producer, Ryan Snow, has been a game-changer for us. Ryan might be magical.

AF: You’ve got such an eclectic sound, drawing from pop, soul, and R&B. What artists or bands inspire you as songwriters and performers? How do you draw from them and combine it with your own unique, fresh groove to create something with so much vibe?

AW: We do have an eclectic sound. We get told that a lot. I think the combination of our very different backgrounds and cultures blended with our individual and shared influences create our quilted sound. It’s kinda deep when you think about how people organically come together and create a batch of tunes. I can’t really explain it. It literally just comes out.

AF: Diving further into the EP, can you tell us a bit about what was the recording process like? Are you self-produced, or did you collaborate with a producer?

AW: Great question. We began the process of recording these tracks in our home studio as early as November 2017. Fast forward a year and a half later, after tracking them, adding vocals…and all the things, we slowly realized that we did not have the proper set up to make it as good as it could be. Then we met Ryan Snow. He became our producer/engineer/mixer. He and his team at BSE polished up what we had, adding and subtracting different parts until we came up with this masterpiece. When we first heard the difference in quality we were blown away.  We couldn’t be happier.

AF: What inspired the record lyrically?

AW: Sometimes we make subtle lighthearted jokes about how “feely” our songs are, but they really are. Every one of these songs is inspired by something or someone in our lives. “I Think We Know” was written about the moment that you realize there’s a mutual feeling of love between two people in the beginning stages of a relationship. It’s fun. It’s sweet.

“I Found Out” actually begins with a short clip of me interviewing my 90-year-old grandmother. That song is about heroes. She has survived two husbands and two children. I’ve never once heard her complain and she’s always smiling.

“Do You” Was written about the footprints of a particular past relationship that has left a lasting impression…wondering if you ever cross their mind. “Ain’t the Same” is about getting older and wiser. It’s about the deep perspective shift that comes along with age. Things are always changing.  “What’s It All About” is about the life of an empath and the ups and downs of being sensitive. It’s a pretty vulnerable song. “On the Ground” is about getting your feet back on the ground after fighting hard for something or someone that you believe in.

AF: How do you go about the songwriting process? Does one of you tend to write the songs and then work them out together, or is it a group effort from start to finish?

AW: Our chemistry together is very rare and special. We pretty much show up to rehearse and when the stars are aligned we create magic on the spot. It’s 100% a group effort when we write songs.

AF: How do you vibe off of each other creatively and continually push one another to evolve as songwriters and performers?

AW: We vibe off of each other in both rehearsal and live shows through supportive energy. We truly uplift each other and help each other grow. There’s never any kind of competition or negativity. It’s pretty awesome.

AF: Speaking of performing, what has it been like for you to play your songs in front of your fans?

AW: Playing our new EP for our fans has been joyful because we feel like we have truly found our voice. Our sound will continue to grow and change, but our overall genuine intentions have been set. It’s on now!

AF: What do you hope your fans take away from a Wren and the Wravens show?

AW: We hope that people feel our words and creativity as deep as we do when we are playing it for them. That’s the goal, right?

AF: What’s been your favorite show you’ve ever played in Atlanta?

AW: Oh gosh. That’s like asking someone what their favorite song is. Ha! The first thing that came to mind is our annual Christmas show that we have every year at Venkman’s, called “Merry Funkin’ Christmas.” We add horns, percussion and lots of lights. It’s always super fun and people get really into it. This year, it’s December 6th at 9 PM.

AF: As a band, you’re very involved in the community, donating your time, energy, and talent to organizations like Songs for Kids and Re-Imagine ATL. What drives you to go the extra step and give back to the community?

AW: We do enjoy being a part of the community. Since we are more of a business now, we are busier and have less time than we used to, but when the opportunity arises we definitely love to be a part of growth in the community.

AF: What’s next for Wren and the Wravens?

AW: The next thing that Wren and the Wravens will be releasing is a Christmas EP. After that, we have another single that we hope to release by late spring.  In the meantime, our goals are to get song placements in TV, film, and commercials. Our songs are perfect for that.

RSVP for Merry Funkin’ Christmas at Venkman’s on December 6 and follow Wren and the Wravens on Facebook for ongoing updates.