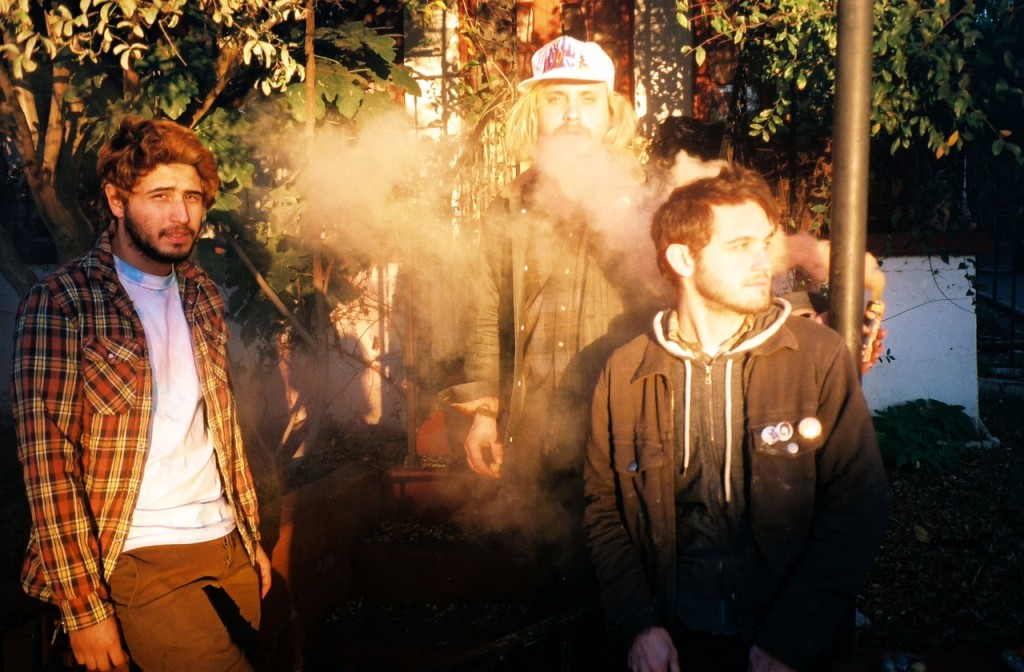 On Valentine’s Day, I rushed from work to catch the early show at the Knitting Factory in Williamsburg. Yes, I went alone. On Valentine’s Day. Anyways… Although I don’t usually enjoy this venue, I was excited to see these two Burger  bands for the first time. I arrived just as Mozes and The Firstborn took the stage. A four-piece from Holland, they were refreshingly enthusiastic. Mozes was one of those bands that actually wanted to be there and showcase their new album (that was released this past month, by the way). If you frequent shows in Brooklyn like I do, you know what it’s like to watch a band that is completely unamused and somewhere else. Mozes and The First born were the perfect, lighthearted, garage-pop band to kick off the show.

In between sets, the crowd tripled in size. A wave of twenty-somethings shoved their way to the front as Los Angeles-based Together Pangea jumped right into their set. They briefed the audience stating they would be playing eleven songs, and began with “Sick Shit”. With lyrics such as “My dick is soft, these things mean nothing to me,” one would think Together Pangea can’t be taken seriously. Don’t be fooled, they know exactly what they’re doing. As the set progressed, the crowd and band seemed to tease one another. The band called out girls for sitting, and they later retaliated with a pair of pink lace panties. The underwear was then draped on the bassist’s head, and his mic stand. As the stage dives became more frequent, and the crowd more rowdy, the set abruptly ended. The crowd, myself included, was not accepting this, so they returned for an encore. Closed out with two songs: an untitled track which seemed to be a crowd favorite, and Nirvana’s “Breed.” All in all, this was the perfect mental escape from the reality of Valentines Day; Great bands, and a great atmosphere.

Read our review of their newest album, Badillac, here, or if you’re feeling frisky, listen to “Badillac”, here via Soundcloud: