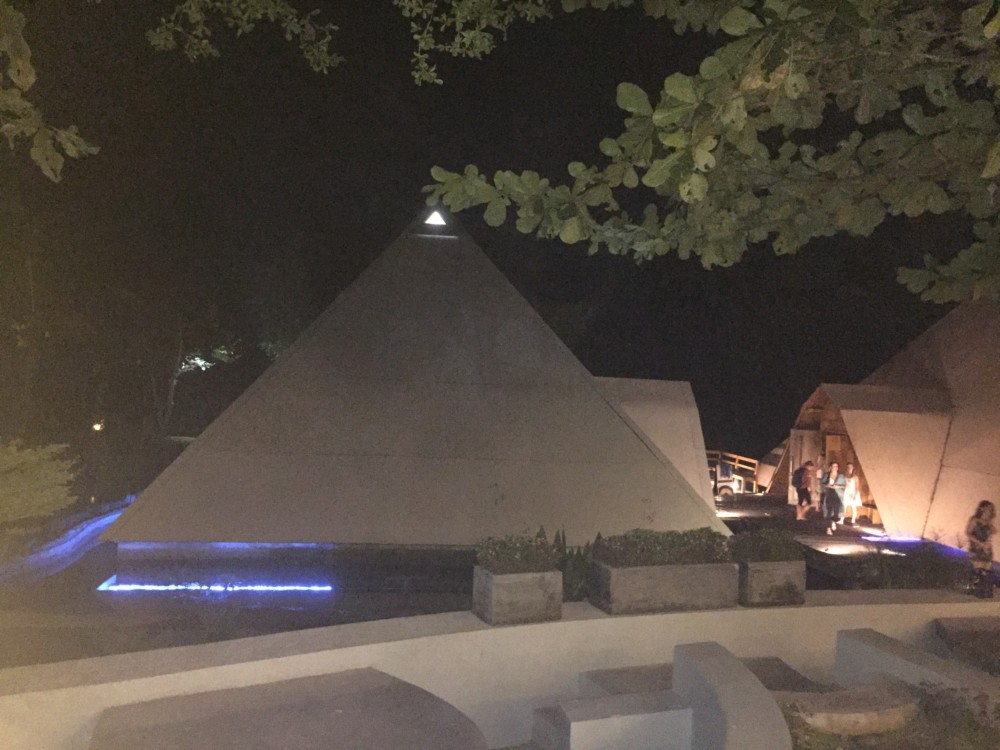 Two weeks ago, I was checking out a yoga class in Ubud, Bali when the sole other student observed that I kept tripping on steps. “Not a good step day for you, huh?” he asked. We got to talking, and I asked what he did.

“Well, I’m in the middle of a transformation of sorts.” Like everyone in Ubud, I thought to myself. “I’m healing from Lyme disease, and I’m starting to build a new life. Rethinking my career and stuff like that.”

“Take my number, then, and let me know if you want to do a session.”

I met him in a small house by the water that was so newly built it didn’t have an address. In the bathroom, I tripped on a step. “I’m trained by shamans in Mexico, and I do reiki,” he explained. Not exactly what I expected — but maybe better. “Do you believe in spiritual entities?”

“Um, yeah — I believe I have one on me, and I think it’s causing my illness,” I replied. I’d arrived at this conclusion after many plant medicine ceremonies and sessions with spiritual healers.

“Tripping a lot can be a sign of that,” he nodded. “They’re trying to bring you down to a lower frequency, because that’s the environment they thrive in.” He went on to explain that people unconsciously agree to host entities and that they feed off our resources and control our minds so that we feed them. Most people have some bad entities, but they have enough good to quiet them. Sometimes, though, the bad take over. Entities sounded like bacteria. I became even more convinced that an entity (or entities?) was causing my sickness.

The shaman had me lie on a bed and said a prayer to get the entities off me. “I got almost everything, but there’s one that won’t leave,” he said afterward.

“I’m not getting anything,” I said as I rested my hand right below my heart, where my ribs meet.

“Why is your hand there?”

“I think it’s telling us where the entity is. It’s in your solar plexus.”

He invited me to come back to clear the early childhood trauma he saw in my solar plexus and to participate in a cacao ceremony he was attending at the healing center Pyramids of Chi. In a cacao ceremony, a ritual originating from the Mayans and Aztecs, people drink cacao together to elevate their state of consciousness. Apparently, it’s the thing to do in Ubud.

The next day, I tried to order a ride to Pyramids of Chi, but my Go Jek app (like Uber for Bali) wasn’t working. So, I asked the nearest taxi stand on the street for a ride. They didn’t have any cabs, but they had motorcycles. I held my breath as I got on the back of a motorcycle and grabbed my driver’s shoulders for dear life, and I didn’t let it out until I heard a dog howling at the entrance.

The center’s name is literal: It consists of giant white pyramids, including one where they held the cacao ceremony. Several dozen people sat on little cushions as the leader explained the purpose of the cacao, which was mixed with water, palm sugar, and spices: to open the heart. Then, we stood and pivoted to pray to the four directions, and the leader chanted the names of spirits ranging from Ganesha to Mother Mary. After we drank the cacao, the room erupted into ecstatic dance. Dreamy, spiritual sounds filled the pyramid as people hopped up and down and swayed from side to side.

During this dance, I contemplated such things as the Biblical family tree and whether the frequencies of colors correspond to sounds. I also began to plan the next few months of my life, suddenly feeling confident in possibilities that seemed distant. Why did people use coffee — or cocaine, for that matter — when they could just use this?

Next, we paired up for two activities. For one, we and our partners gazed into each other’s eyes and “bowed” to each other in our own way. I pulled the sides of my dress up and curtsied. My partner gazed at me lovingly and whispered, “You’re beautiful.” I felt like a princess. A line from the movie A Little Princess came to me: “All girls are princesses.” It brought tears to my eyes. Even with everything happening, even when I felt like I had nothing, I was a princess. 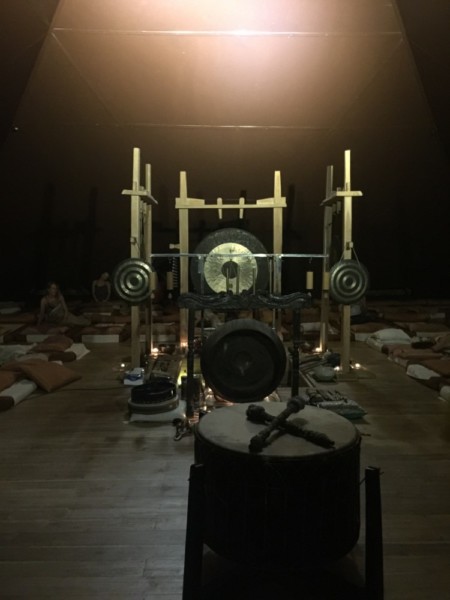 For the next activity, we and our partners put our hands on each other’s hearts and sang along to a song: “I love you, I’m sorry, thank you, forgive me.” As I looked into my partner’s eyes, it felt as if we were giving each other permission to forgive ourselves. I saw my beauty through her own and felt deeply that I was not my mistakes.

The last stage of the ceremony was a sound bath. In a separate pyramid, we each lay on a little bed as people hit gongs. The idea was that each of these gongs creates a healing frequency, causing our bodies to vibrate at these frequencies as well. The leader told us to close our eyes and just take in the vibrations, but the excitement the cacao was causing in my mind turned to anxiety, and I spent most of the ceremony contemplating how to overstay my visa in Bali without getting in trouble.

But then, just as it came to a close, a thought came to me out of nowhere: “It’s OK. The Lyme isn’t there anymore. I told it to leave.” I felt the muscles surrounding my heart release as if they were letting out a breath of air.

The next morning, I kept coughing up mucus. It came in waves, almost like purging during an iboga ceremony. I realized it was coming from that exact spot right in the middle of my chest. It was as if the shamanic healing and the cacao were cleaning out my heart and solar plexus.

Afterward, I walked through Ubud and bought myself a pink jeweled dress. “All girls are princesses,” I thought. The time had come for me to claim my crown. I was glad I tripped over those steps.