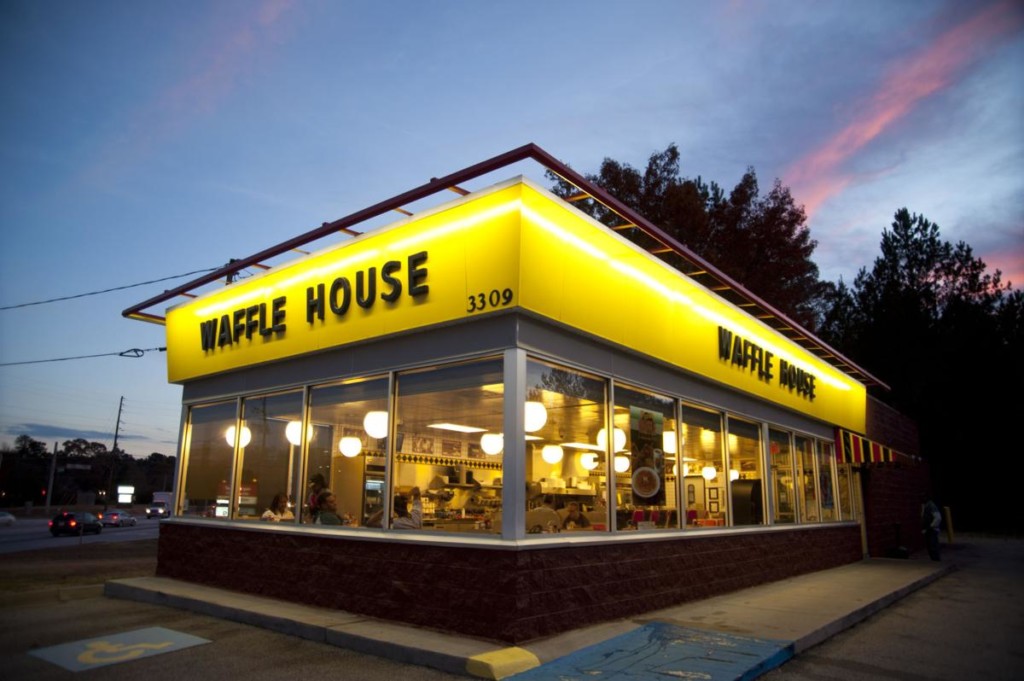 One surprisingly common tour complaint is not being able to poop for the first few days. Probably due to a mix of public restroom anxiety and not eating like your normal self would, tour constipation doesn’t sound that bad compared to “fire ass,” something my former tourmates have suffered from after consuming too many gas station hot dogs. Even worse though, Darkwing’s fill-in drummer vomited for a day and a half after he solely ate ramen noodles for a week straight. It should go without saying that staying sane and healthy on the road begins with figuring out how to eat well while on a budget, but it’s not always as simple as it might sound. Around the time I started experiencing a weird cold and cough on Sharkmuffin’s last tour, our manager joked that my daily diet of coffee for breakfast, a quinoa salad for lunch, and wine for dinner might have something to do with it. With the help of our road foodie experts Cassie Ramone, Sadie Dupuis of Speedy Ortiz and Sad13, and Chloe Chaidez of Kitten we can hopefully learn to avoid all of these tour ailments. 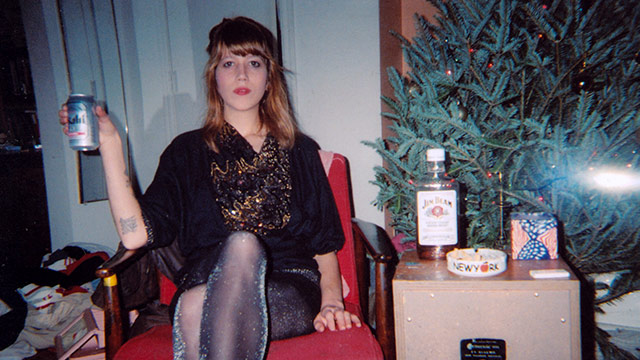 First of all let me preface this by saying that I love both cheap eating and fancy food, I’m an omnivore with no dietary restrictions (although I try to eat healthy or vegetarian more often than not… key word here is “try” though), and I love both local cuisine and the comfort of chain restaurants. Sometimes when you’re on tour for an extended period of time, McDonald’s and Subway help so much to regain a sense of familiarity. I’m also a huge fan of Denny’s. If I’m in the South or Midwest, Waffle House is essential. I love getting a double order of hashbrowns with onions, cheese and jalapenos, and some over medium eggs. It’s the only American sit down restaurant I can think of where you can eat a lot and end up paying less than $10 after tip.

A good tour habit is going to Whole Foods in the morning and stocking up on healthy snacks and beverages for the day. If you shop smart it can end up costing less than stopping for lunch. That said, stopping for lunch can be an essential break during a long drive. In most of the groups of people I’ve toured with, we’ve enjoyed stopping for lunch at local diners in tiny roadside towns. The menus are similar enough to each other, and the food can be hit or miss, but sometimes you’ll end up with the best BLT you’ve ever had in your life or something. And often, the menu prices seem unchanged from the ’90s!

I know this probably goes without saying, but street cart tacos in LA and mission burritos in San Francisco are both amazing!

There’s a lot of amazing food in Texas, but I always try to stop by this diner Magnolia Cafe in Austin. Their “mag mud” (queso, salsa, black bean dip and guac layered) is sooo good.

Ok this is a weird pro tip, because I’m sure not many people are going to tour Alaska anytime soon, but if you go to Fairbanks they (weirdly) have incredible Thai food! I had maybe the best Tom Yum soup I’ve ever had when I was there!

Hit up a steak house in the Midwest, just for fun.

My last tip is for people traveling through New York! If you play or stay near a halal deli/bodega/truck, order chicken over rice! It’s $5 or $6 for a massive portion, delicious, and tastes great the next day too. 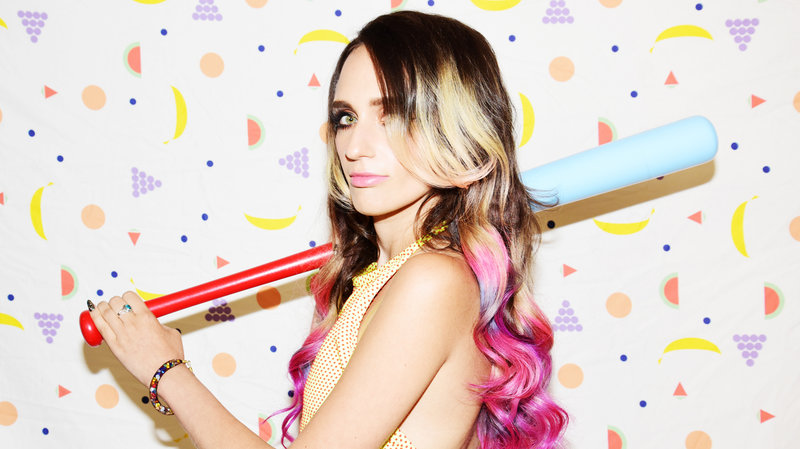 AF: How difficult is it to eat vegan and stay healthy while on the road?

SD: It’s easy — I’ve been vegan for almost 13 years and it’s only gotten simpler as more vegan restaurants open, and others learn about the prevalence of the diet (and environmental importance of it), and how to accommodate it.

SD: I have a hit list of favorite vegan restaurants in just about every city we tour through, and I try to stop at those every time on tour. When I’m at home I cook most of the time, but I use touring as an excuse to check out and splurge at new spots, like a food vacation. Speedy Ortiz collaborated with a bunch of them on our last headlining tour, creating themed specials that benefited local charities, which was pretty cool and demonstrative of some of my favorites.

In terms of fast food, I don’t eat too much of it, but Chipotle and Taco Bell usually make an appearance at least once a tour since they can accommodate vegans and gluten allergies.

AF: Any additional tips / advice on eating while touring?

SD: I try to stop at a grocery store every few days for some fresh produce or juice – it’s easy to eat junk food on the road, and I am known to plow through big bags of barbecue chips, but fresh or dried fruit is just as easy to snack on and makes you feel way better. Also, an easy way to eat well when you’re in the midst of a 13-hour drive day: soup cups (like Dr. Macdougall’s) which I prepare at gas stations with dried seaweed and raw green veggies like spinach or kale. Adding hot water will blanch and cook the veggies, and rehydrate the seaweed, and you will feel sort of like there’s some normalcy in your life. 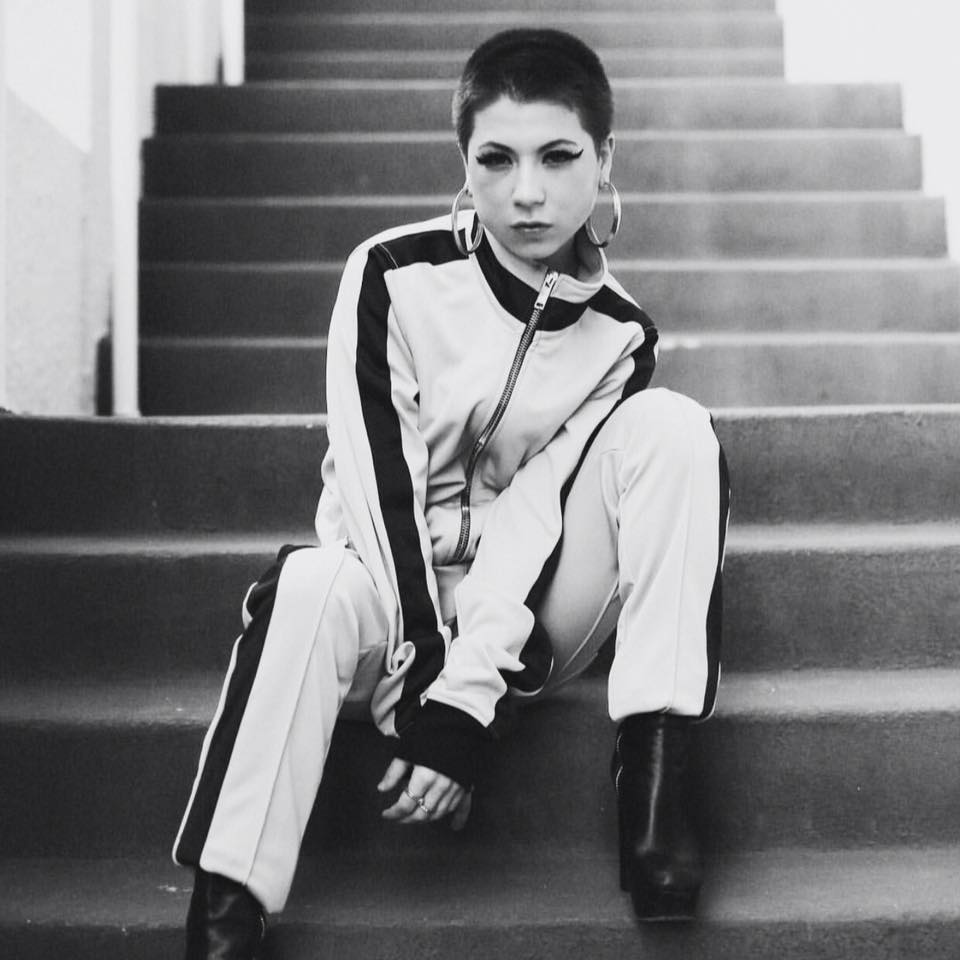 More tips to eat somewhat healthy and cheaply on the road: