After a show in Lawrence, Kansas my old band Ex-Girlfriends pulled up to a random house where we were going to sleep that night. There were garbage bags covering the garage windows, conjuring images of the mutilated dead bodies hidden inside. Our bandmate had set up these accommodations last minute and assured us it was fine, promising to go in first to make sure we wouldn’t get murdered. When she got out of the van an adorable french bulldog puppy ran out and a random dude from the show had made dinner for us – and it wasn’t poisoned! Even though we all survived and everything worked out, it’s important to avoid unnecessary anxiety and shenanigans by planning ahead. We spoke with LG from Nashville’s Thelma & the Sleaze about her touring tips and what motivates her to continue the DIY touring grind. 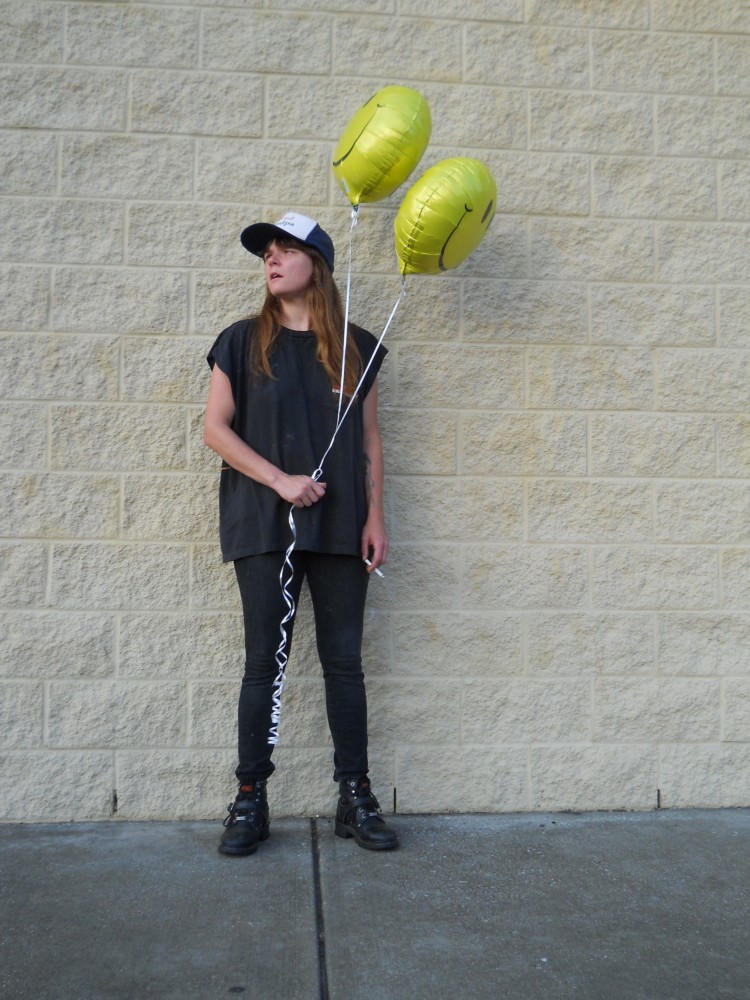 AF: Could you share some funny, crazy, and/or scary stories about crashing after shows while on the road?

LG: This one time in Memphis this lady said we could crash but didn’t ask her boyfriend and I guess he wasn’t pleased so he came home with a Samurai sword. I was like, let’s get gone from wacky ass mother fucker!

AF: What are your tips on staying safe while traveling around the country?

LG: Be patient and polite. People are not friendly everywhere but you get further with honey then vinegar. Also never travel through Texas with drugs. And get AAA – it pays for itself over and over. Read motel reviews; this saves us a lot of trouble!!

AF: You are an incredibly inspiring non-stop touring force. What motivates you to continue working so hard and what would you like to see improve or change in the music industry as a whole?

LG: This question could get very winded and I address it on my new [forthcoming] podcast at length. I will say I feel very blessed to have great fans who have taste and actually want a good show. I make very genuine and interesting music which is not really in fashion, to have substance and individuality. So I have to wait ’til people scratch the surface and actually look and listen to what my band has done. We are not face value, we are non-distilled raw goods. This is exceptional and worth the effort.

AF: What are your goals for Thelma & the Sleaze for 2019 and beyond?

LG: Release as much music as possible and play it for as many people as possible. Hold myself and my fans to a higher standard, keep pushing the envelope, spread positive energy and gratitude.

More tips on where to sleep soundly on the road and avoid getting murdered: