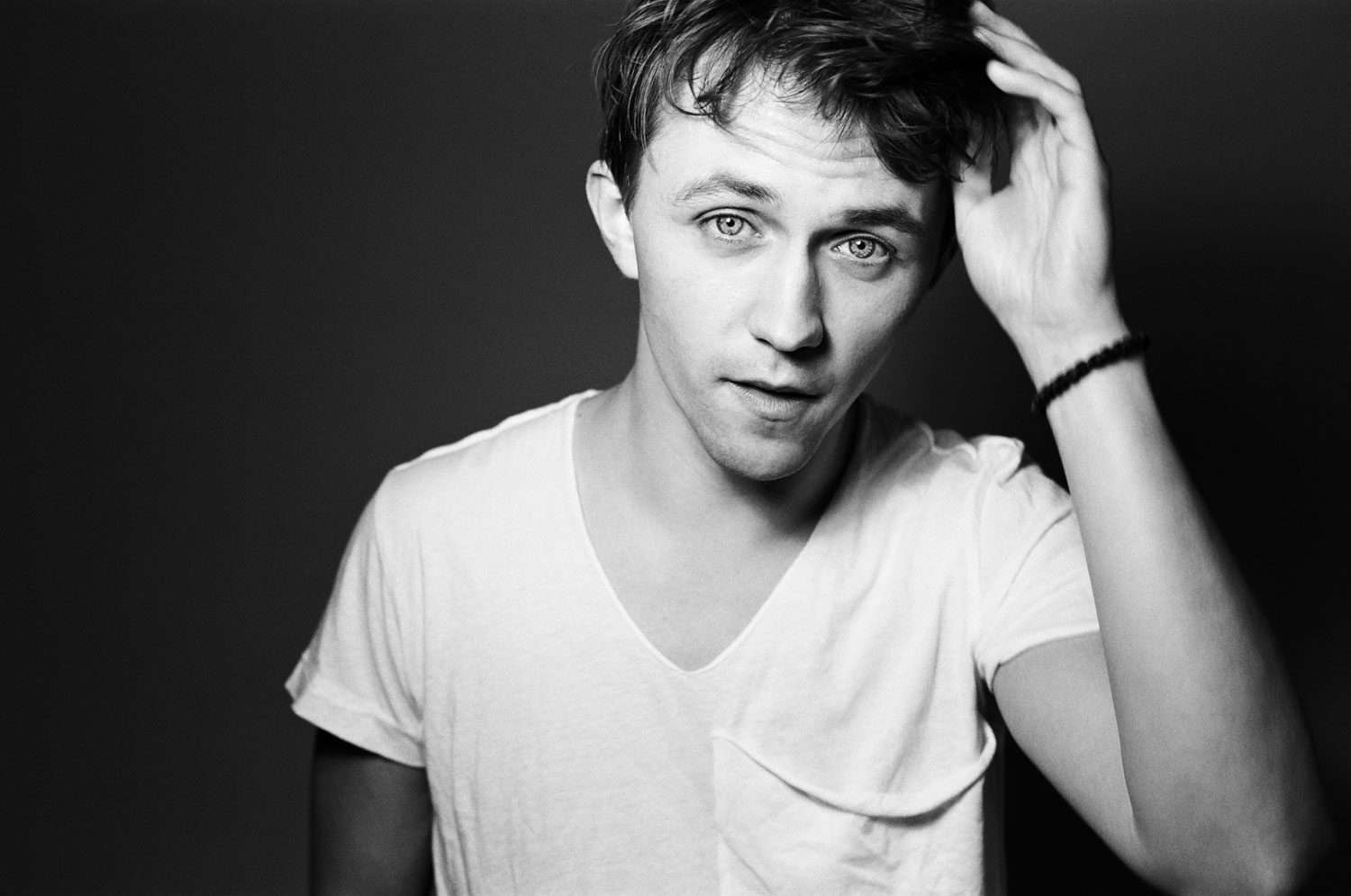 Sondre Lerche‘s shadowy soundtrack to the Sundance contender The Sleepwalker opens with a love ballad turned inside out: “You Sure Look Swell”, is a familiar melody of lullaby arpeggios, touched with a creepy distortion that becomes more prevalent as the album progresses. Picture an empty gas station with flickering lights, at a nowhere intersection in the middle of the night, with an old radio behind the counter playing Skeeter Davis, the song slowly being overtaken by radio static. That’s the effect.

The track—one of a minority of vocals-heavy songs on the record—ends with a total disintegration into the white noise that has been threatening it from the very first chord, the initially sweet lyrics melting into something sinister. The vocal lines recall the balladry of sixties country pop, and their incongruency with the surrounding music defamiliarizes their warmth. The contrast is further accentuated, in the three subsequent vocal tracks on the record, by silvery female vocals. Ably handled by Marit Larson, Nathalie Nordnes and Sylvia Lewis, the mournful prettiness of the singing offers relief against the instrumental tracks, where the album is at its bleakest.

Spooky ambience and chaotic classical influences mark a sharp departure for the Norwegian musician and composer, whose discography since his debut in 2000 has circled around friendly indie rock melodies flecked with jazz, lounge and eighties pop influences. Sleepwalker is his second soundtrack (in 2007, Lerche recorded a pop collection for Dan In Real Life that bore his musical signature so strongly it could easily have been released as a standalone album). This was a credit to Lerche: his music framed the film without deferring to it, and although the album shifted gracefully into the role of chronicling for a visual storyline, the album was still essentially a collection of songs.

Not so in Sleepwalker. Lerche wrote the music for the soundtrack with Kato Ådland, an actor and composer who had an acting role in Dan In Real Life. The result—Lerche’s first collaboration—is a far-reaching, textured soundscape with elements of spiny, jumbled classical and jazz. Particularly on the less linear second half of the album, the songs don’t feel so much like songs as they feel like one large, shapeshifting piece of music. The guitar arpeggios that predominate in the first track fade in and out of the less melody-driven back half of Sleepwalker, but feel farther away, as if they’re emerging out of a thick fog or through a dream. A common beat—a foreboding, clock-like rhythm shared by strings, electronics, and percussive instruments—recurs as the tracks wear on.

The Sleepwalker soundtrack may come as a surprise from Lerche, but it’s perfectly in line with the aesthetic of the film, which tells the story of Christine, who makes an unexpected appearance at the estate where she grew up as her sister Kaia is in the midst of renovating the property with her partner Andrew. It soon becomes clear that Christine’s grip on reality is growing progressively looser, and the unraveling of family grudges and relationships that ensues is heightened by the uncanny element of Christine’s sleepwalking. Themes of night and obscurity loom large, both visually and in this soundtrack. Moments of ambience serve as blank spots, unrevealed secrets.

And Lerche more than does justice to the creepiness of the mysterious stranger trope on this album. Flanked by warmth—pretty songs, lines of gentle pop harmony—Lerche bottoms out the murky depths of the story, and ends on the ambiguously resolved “Take Everything Back,” a gorgeously harmonized duet between Larsen and Lewis. In the song’s chorus, the bass line descends into a surprising minor modulation, diverging subtly from the predominant thread of the music. At its end, the album’s resolution is ambiguous, retaining a lot of the mystery that it started with.

“Not bringing what I’ve learned through this process into my future songwriting and albums would be impossible,” Lerche has said of creating the Sleepwalker soundtrack. “It’s been so fucking liberating, I can’t turn around now.” Many of the new directions the music takes in this album do, indeed, feel like revelations, most visibly in the way Lerche plays with time, ambience and rhythm on the soundtrack. Will this mean a permanent shift in Lerche’s work? We’ll have to wait and see. For now, enjoy the Sleepwalker soundtrack, which comes out next Tuesday, January 14th via Mona Records.