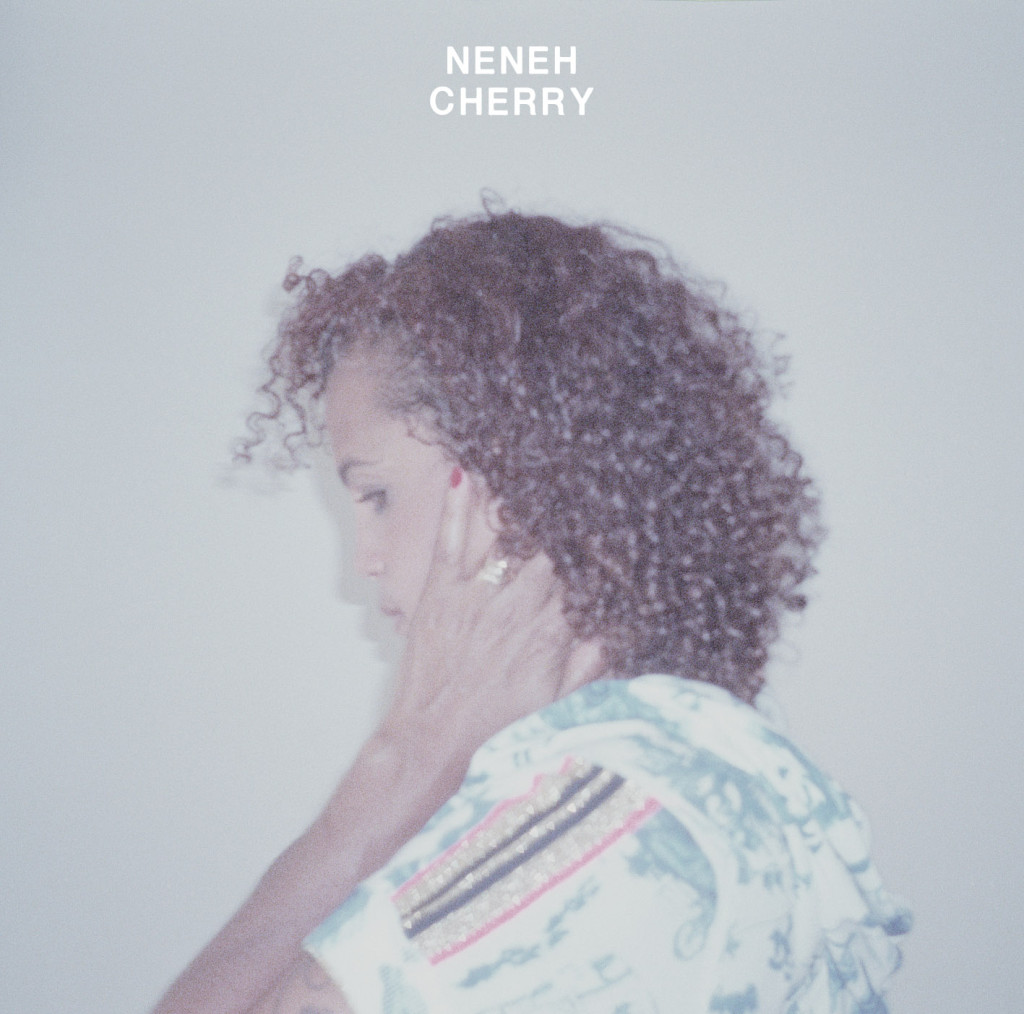 Neneh Cherry is back with Blank Project, a collaboration with experimental electronic group RocketNumberNine and her first solo album in 16 years. Built on Cherry’s erudite life experience, this album weaves its way in and out of complex emotion with soul and aplomb. It’s everything you could want from a partnership between the weight of Cherry’s alt hip hop and Rocket’s minimal expressions. The songs range from sensual to spiritual to menacing, maintaining simple lyrics that deal with a more general language (“hate,””love,” movement, despair), while using sound in very unexpected ways, and making sure the listener is always invited into the space that is explored.

“Across the Water,” the first track on the album, may also be the best. It’s certainly the most striking emotionally – a song about fear and anger, a mother’s protest. A slow, hypnotizing beat follows Cherry’s soft, whispery Sprechgesang. The minimal quality to the music is so strong that Cherry’s words paint incredibly vivid pictures. “Dripping water,” she shows us, “Dripping down.” The rhythm is intoxicating and makes me want to sway and sing along. But there’s an attendant darkness that quickly worms its way in. Cherry begins to sing: “My hands across the water / My two feet in the sea / My fear is for my daughter / But will wash over me.” The lines rhyme and move together like a poetic chant or folk song. It stays minimalist through and through, without the rhythm intruding on the terrible, beautiful space that Cherry creates with her words. Her voice carries a menacing undertone during the more spoken-word verses. But there’s a great deal of fragility when she sings the chorus. I can’t imagine a more haunting song to open up this personal journey.

Cherry talks a lot about weakness in these tracks. “Blank Project”, the title track, is about a man she loves so much she “hates it.” It’s a concise song, hurriedly sung, with a beat that changes rhythm as often as her voice. She sings about being made to feel small, but opting to reject it. “I hate you.” She tells him, simply. But also, “I love you / I love it all.” Though these concepts are general, the complexity isn’t too difficult to grasp as a listener, especially placed alongside the music. All kinds of sounds are used through this track: dinging bells, vocalizers that drop Cherry’s voice super low, and a weird synthy, drone-like layer that makes the middle of the song uncomfortable. This is not about self-pity or even grief. There’s no sense that the woman behind the voice is not in control of her physical or mental self, even though she expresses weakness. The entire time she’s telling “[fusion_builder_container hundred_percent=”yes” overflow=”visible”][fusion_builder_row][fusion_builder_column type=”1_1″ background_position=”left top” background_color=”” border_size=”” border_color=”” border_style=”solid” spacing=”yes” background_image=”” background_repeat=”no-repeat” padding=”” margin_top=”0px” margin_bottom=”0px” class=”” id=”” animation_type=”” animation_speed=”0.3″ animation_direction=”left” hide_on_mobile=”no” center_content=”no” min_height=”none”][her] man” that he’d “better change.” 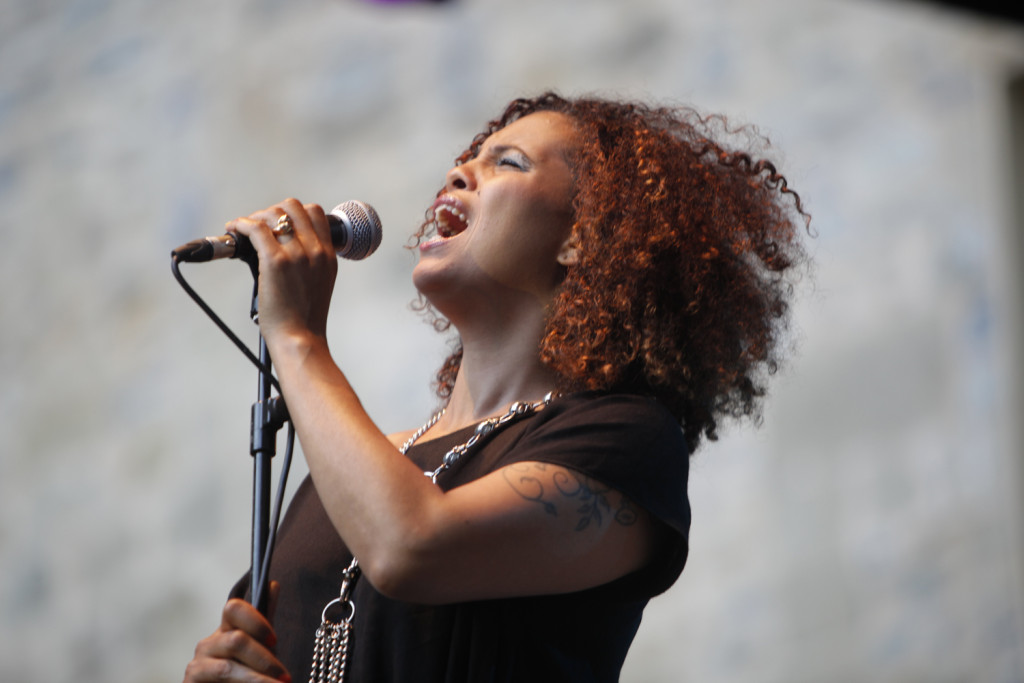 “Everything” is also about weakness, but inverted from the way she speaks about it prior. In this more electronic, stripped-down track, Cherry explores the ups and downs of defensiveness. It opens with muffled, soft vocals before the beat kicks in. When her voice enters the fray, it tells us: “I can’t hear you / What I can’t hear can’t upset me.” However, this defense mechanism obviously isn’t working. We can still hear the muffled voice. Cherry herself also seems to be struggling with her own voice, reaching for high notes, stretching it to its maximum. The listener follows as she finds it tougher and tougher to defend herself. By the end of the song some of the most strange vocal stylings on the album emerge. Cherry moves between a shaky, animalistic laugh and hoarse shouting. The rhythm continues to roll, but there’s something desperate and heart-wrenching in the narrative.

In tracks like “Naked”, more industrial motifs are explored. Cherry manages to create mechanical sounds without forfeiting any of the track’s emotional grip: if anything, she and Rocket somehow make transform the industrial into inviting and warm. Immediately Cherry asks that someone strip her naked and put her outside. Then, she urges us to “run a little faster.” Her vocals are absolutely gorgeous–soaring and capturing the listener in an almost mystical melody. I think it’s a brilliant idea to mix melodic tropes we associate with the spiritual with a very sensual song. There’s also an intriguing double tone that jerked me out of my comfort zone during the verses, juxtaposed to the soothing chorus.

A bit of happiness is occasionally touched upon during Cherry’s journey. “Weightless” begins like the prelude to a house jam, though it quickly diverts into a grungy, meticulous rhythm. Cherry uses crooning vocals from the start with notes that reach fairly high. When the chorus kicked in I suddenly realized this, in fact, is a dancing song. Though Cherry “can’t find [her] right moves” she keeps on dancing and she’s “weightless.” There’s a soulfulness to it, channeled through the vocals. By the end of the song there’s a great sense of catharsis. “Weightless!” Cherry sings with joy – “Come on! Weightless!”

This album is worth listening to for the varied soundscapes, alone. But the narrative is also deeply moving, the rhythms unexpected, and Cherry’s voice unique and electric. The story of a powerful, but sensitive woman is unraveled. We’re invited into all of Cherry’s complexities and it’s an uncomfortable, but gorgeous space