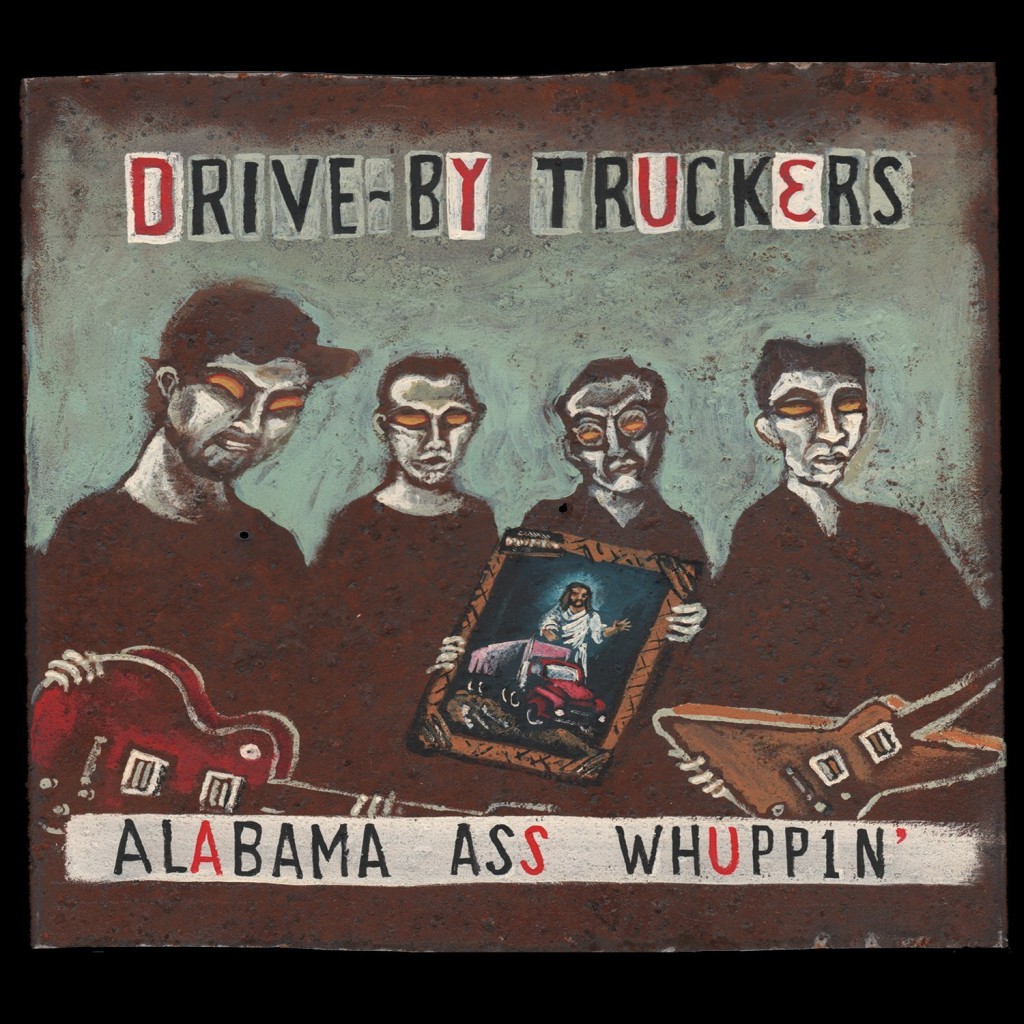 Described as Alternative Country/Southern Rock, the Drive-By Truckers are a southern band. Two of their members hail from Northern Alabama, while the other three are from Athens, Georgia. Patterson Hood and Mike Cooley founded the band in Athens Georgia in 1996. Both Hood and Cooley were previous members of other bands such as Adam’s House Cat, Virgil Kane, and Horsepussy. They released their first album in 1998 entitled Gangstability, and their second album: Pizza Deliverance in 1999. But perhaps the most interesting one of all was their third . During a nationwide tour they created a live album by the name of “Alabama Ass Whuppin,” which was released in 2000 by Second Heaven Records, re-released in 2002 by Terminous records, and then released for the third time on September 10, 2013 by ATO records, available on vinyl for the first time. For this third iteration, the tracks have been completely re-mastered, and the cover features new artwork by Wes Freed.

The first track called “Why Henry drinks”, is simple, humorous and relatable. Clearly whomever inspired the song gets under the writer’s skin: an experience most of us have in common. While Hood’s voice is rough around the edges, it’s also filled with passion and raw emotion. The second track, (and my favorite on the album) “Lookout Mountain”, takes a darker turn in its exploration of suicide. Palpably heavy, one can feel the weight while listening to the lyrics. The song shows just how much people start to think about personhood once they feel as though losing it is a possibility. Lyrics such as, “Whose gonna pay my credit card bill, whose gonna pay for my mistakes?” And “Whose gonna stand there taking credit? Whose gonna lay there passing blame? ” truly puts things into perspective. The entire album is filled with strong, captivating guitar lines, but the guitar solo in this song is particularly enjoyable. While I found tracks four and five to be strikingly similar in terms of melody, I truly enjoyed, track five entitled “Don’t be in love around me.” It’s like the ultimate anti- Valentines Day song and I can see listeners dancing wildly, smashing a vase filled with flowers or beating up a helpless stuffed teddy bear while keeping this song on repeat.

The album overall, is sonically enjoyable, as much for the music as the stories that were being told. There is something very intimate about a live album that draws listeners in and makes them feel as though they are part of something special. It is as if one gets to live through a time in the musician’s lives in experiencing these songs. Track eleven, “Steve McQueen” was a lot of fun to listen to, eliciting images of a hoedown. I envision people standing in a circle and clapping to the beat of the song, while taking turns dancing in the middle of the circle, as the band pours their hearts out onto their instruments. While both “Lookout Mountain” and “People who died” explore the theme of death, I gravitated far more toward the former, while the latter’s in your face nature and aggressive tone was a tough pill to swallow. “Lookout Mountain” indeed had morbid undertones; yet something about it was still quite beautiful, creative and straightforward. Overall, Drive-By Truckers third album, “Alabama Ass Whuppin” is a well-crafted honest body of work. It is very comforting to hear people being so honest about their feelings.