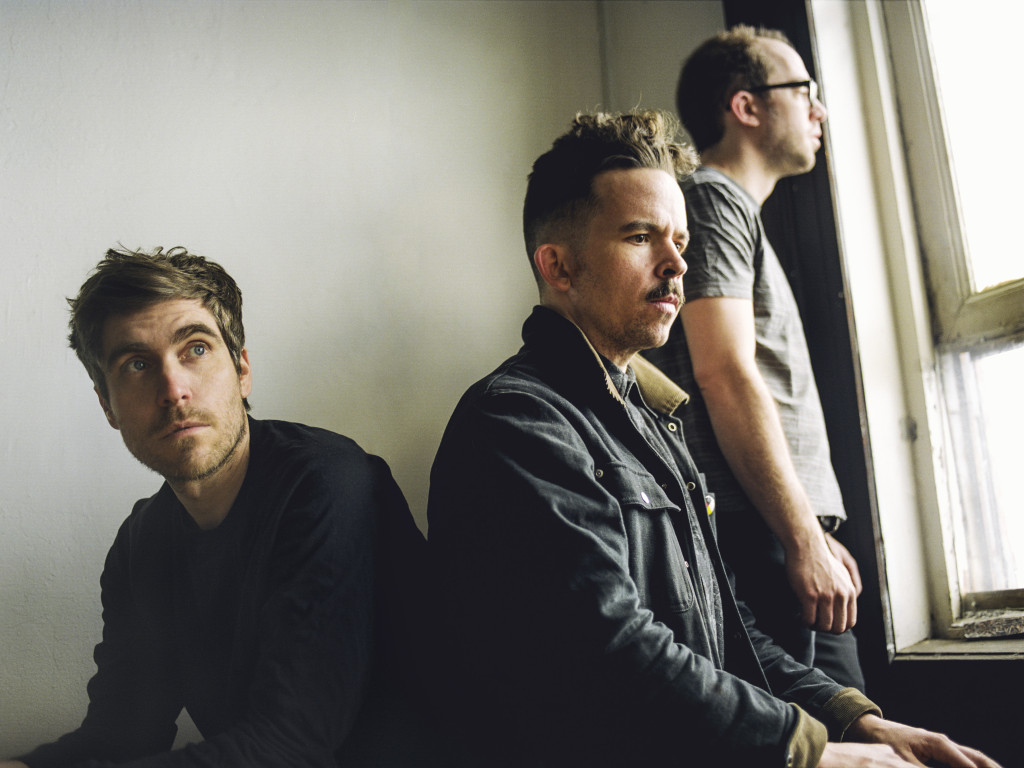 After only a few seconds of watching Bear in Heaven’s new video for their song “Time Between,” I was immediately reminded of an old Smashing Pumpkins song called “We Only Come Out at Night.” Much like that track has always conjured up images of underground dwellers emerging from unseen pockets of the earth as the sun goes down and darkness cloaks what seems to be a completely different landscape, the “Time Between” clip centers around the eccentric inhabitants of New York City as the revel and rumble through the dusk. It’s a specific portrait of real people and their uncoiling selves as they make their way between train stations and parties and 24-hour delis. It’s also a portrait of people and memories suspended in those times and places.

Though the themes align, the Bear In Heaven track is more anthemic than the Smashing Pumpkins song it recalls, and the video reflects those epic vibes by immediately throwing us into a microcosm of nightlife existence. Shot documentary style through the lens of director Nick Bentgen and band members John Philpot and Adam Wills over several weeks in Brooklyn, Queens, and Manhattan, there’s a glamourous candor to each quick-cut scene. We see acrobatic buskers, drag queens, cops, lovers, construction workers, drunks, ballers, commuters and more, in train stops and clubs and street corners, all of it sewn together in what feels like a pretty authentic tapestry of big city life – the life that happens as you’re waiting in line to get into a show, or cycling across the bridge from one borough to another.

Bear In Heaven are in a similar limbo right now, as fans anticipate the release of their fourth studio album, titled Time Is Over One Day Old. The title implies a sort of resigned purgatory, a hash mark on a prison wall counting out a sentence before the prisoner realizes it’s all relative. It’s been two years since the band released I Love You, It’s Cool, a record that received generally positive reviews but took some time to resonate to the degree that 2010’s explosive breakthrough Beast Rest Forth Mouth did. With “Time Between” as a lead single, it seems like Bear In Heaven are again going for some of the immediacy that I Love You lacked. It also hints that it’s been a long road for the Brooklyn band, and they’ve more than paid their dues.

On of the video’s most poignant images depicts a woman is getting a tattoo that reads “ONLY TIME WILL TELL.” It’s almost a trite statement, the permanence of ink under the skin a way to convince us all that there’s something to hold onto, something that will never change. But even as the progression of time adds gravitas to loaded flashes of memory like the scenes sprinkled through the video, it keeps moving. Time will tell you one thing thing today, but it may say something else tomorrow. The scenes in “Time Between” loop from extravagant to mundane, a reminder that it all matters and yet none of it really does. Philpot sings the oft-repeated line “falling out” as if there’s some way to disengage from that continuum; meanwhile the dichotomy of the ordinary and the extraordinary plays out as the video runs its course.

Time is Over One Day Old is out August 5 via Dead Oceans/Hometapes and is streaming now on NPR. Monday sees the band play a hometown show at Rough Trade; they’ll embark on a three-month US and European tour following the record’s release – see dates below.