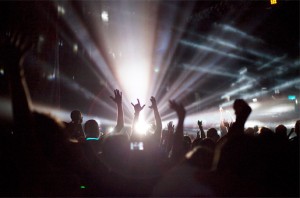 2012 saw a handful of genres altered by a growing number of electronic music producers.  These artists have convinced listeners in the mainstream to embrace electronic music, and are subsequently changing the conventions of pop, rock, indie and everything in between.  Last April The New York Times released an article about the growing demand for EDM.  The article quoted Michael Rapino, chief executive of Live Nation Entertainment saying “If you’re 15 to 25 years old now, this is your rock ‘n’ roll.”  Here are three electronic inspired albums that have broken stereotypes and will continue to resonate in the coming year. 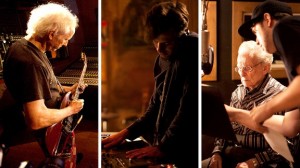 began as a documentary inspired by a challenge given to electronic music producers. The project resulted in a ground breaking album that hybridized genres in unsuspecting ways.  Released February 2012, this ambitious endeavor paired five headliner DJs with a music style out of their typical music production range.  Skrillex teamed up with members of The Doors, The Crystal Method tackled classic country style, Pretty Lights took on the challenge of incorporating early R&B, and Mark Ronson melded his music with the jazz tradition. A moving collaboration between DJ Premier, NAS, and the Berklee Symphony Orchestra produced the title track “Regeneration”, which entwined the explosive sounds of a full orchestra with hip hop beats, rap lyrics and a lyrical record scratch solo.  The outcomes of this album concept were widely varied, and embraced many challenges.  The most exciting revelation of this project was discovering the link that connects music fans to a particular mode of expression, and exploiting that link to coax fans out into new musical territory.  A dialogue was sparked between music listeners of different ages, backgrounds and traditions, and this particular spirit of collaboration continues to inspire new music projects.  I found a new level of respect for these DJ/electronic music producers as they invited listeners to hear time tested styles in a daring new format. 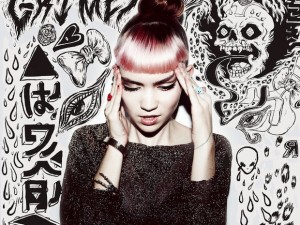 has captured the hearts of electronic and pop music fans this year with her third album Visions.  Her exposed vocal expressiveness and technical savvy of production and performance have centered the media around her.  But what is particularly defining about her style is her rejection of mainstream media.  This may sound shocking as she was not long ago featured in Vogue magazine, but her values are clearly visible in her art, music and live performances.  Grimes has rejected expensive music video production in favor of DYI.  She draws her own album covers.  She performs with electronic music gear that she’s picked up over the years, and has learned to play with an array of hardware on stage alone, rather than streamlining her act with a hired band.  She is not the typical pop model, and her emphasis on doing things for herself are an inspiration to many aspiring artists in a wide range of mediums.  Visions is filled with catchy pop hooks and the satisfying synth sounds that have filtered into many popular acts this year.  Yet she is also wildly original in the way she expresses herself and lets her music unfold in a beautifully unpretentious manner. 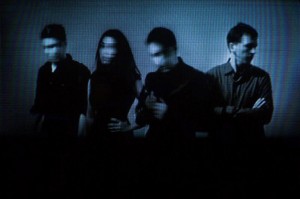 HOW TO DESTROY ANGELS

is Trent Reznor’s most understated album, yet the music churns with a deadly undertow.  Looking over a career that has encompassed a long run as lead singer and songwriter of  the band Nine Inch Nails, and a transition to successful film composer, the next step in his musical journey has been a satisfying one for fans.  The six song 2012 EP An Omen captures the evolution of this multifaceted artist.  The band includes Reznor, his wife Mariqueen Maandig, and longtime collaborator Atticus Ross.  How to Destroy Angels oscillates between loosely  organic, acoustic sounds such as plucked strings, and tightly knit, precisely positioned electronica beats and effects.  The album pushes forward a dark electronic style that stirs with a deep restlessness.  Maandig’s gentle vocals overlay the music in a way that is at once breathtaking and unnerving.  Expansive, building tension encapsulates the energy, excitement and unease many music listeners may be feeling as we move into a new age of technology, advance, and the unknown.