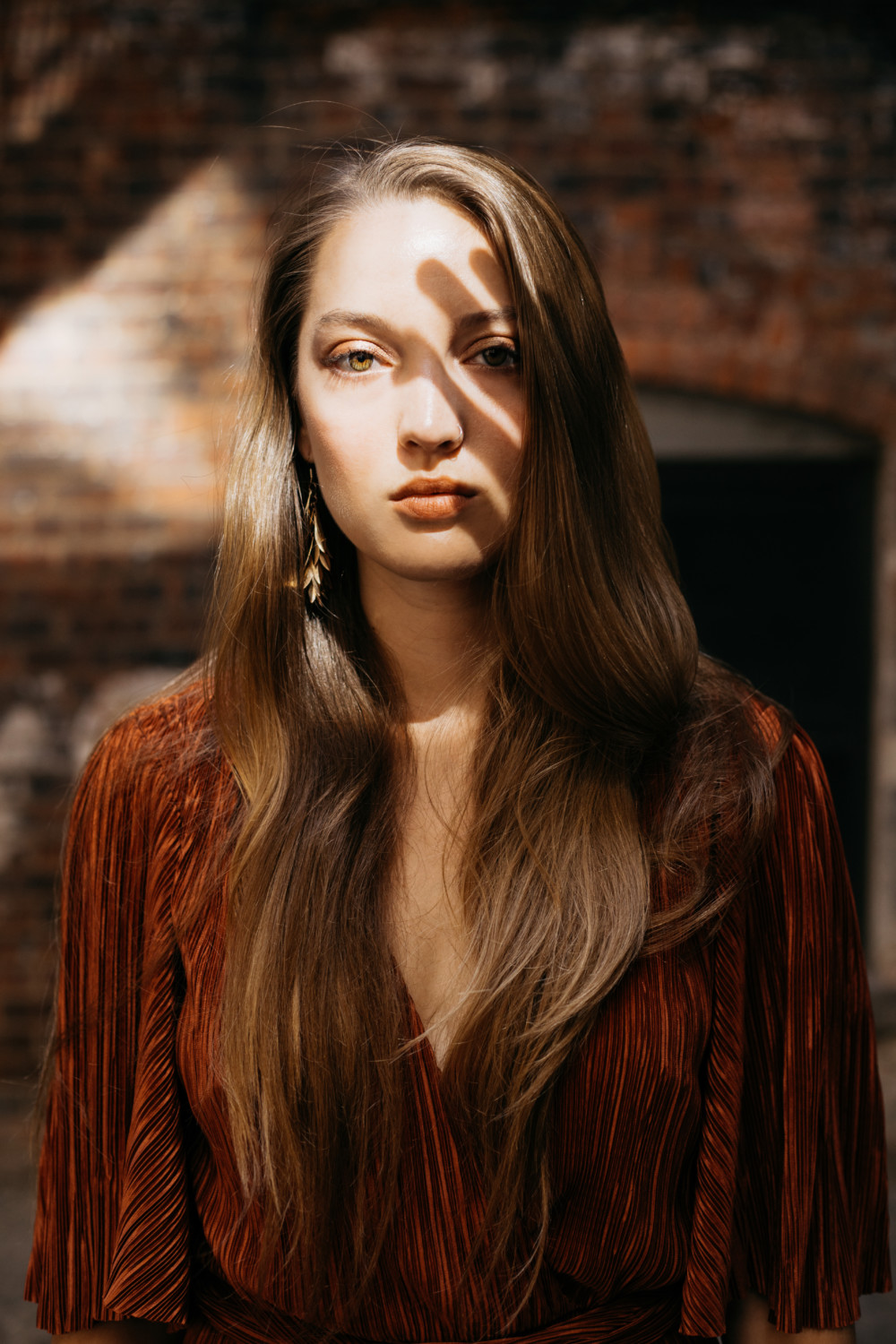 Have you noticed a sudden trend of “blacked out” Facebook profile pictures? You may have received a few messages about this one, encouraging you to show followers a “world without women.” October is National Domestic Violence Awareness Month and already there’s some confusion on how people can support victims of domestic violence. For musician Lexi Todd, the answer is through music.

“You’d think that after all this time / you would learn to accept the fact he’ll always burn you / but you never face him,” Todd croons over a slick piano groove. As she watched her friend struggle under a tide of infidelity, Lexi Todd was motivated to write what would become her new EP Maria, Immured; it tackles the relationship from the perspective of a friend, watching, waiting for the opportunity to help. Like most music that broaches tough subjects, “Complacent” is subversively pleasant to the ear; at first you might not even hear the true meaning of the song.

Listen to “Complacent” and read our interview with Lexi below.

AF: Tell us about Lexi Todd. Where are you from originally?

Lexi Todd: I’m originally from the Jersey shore – the Long Beach Island area – but I’ve been in Brooklyn for a little over five years now. The shore culture definitely influences my aesthetic, personal style, and taste in music, even now that I’ve assimilated more into city living and culture. I grew up listening to classic rock, soul, r&b, and reggae, and I think there are traces of all of that in the music I’m creating now. I also still love the beach and being outdoors, I’m an avid yogi (I have a yoga trapeze in my apartment), and I try to incorporate that free-spirited, bohemian nature into my creative process.

AF: Describe your music as a celebrity couple. For example: Tame Incubala.

AF: When did you first take an interest in music?

LT: I started making up little songs as early as I can remember. To this day, the way I remember certain pieces of information, like my social security number and my parent’s phone numbers, are from little jingles I wrote when I was a child. I didn’t start writing complete songs until probably 5th or 6th grade though. I started guitar lessons shortly after that, and then my writing really picked up. That’s pretty much how I spent all of my free time during those days, and I still have binders full of songs I wrote when I was in middle and high school. They were mostly singer-songwriter style songs, some were more blues and some were more rock. I didn’t start performing original songs until college though, when I joined my first band.

AF: Your new track “Complacent” centers around a friend’s emotionally abusive relationship. Why was it important for you to tell this story from your own perspective?

LT: I thought it was important to write “Complacent” from my point of view for a few reasons. Mostly, because that’s how I experienced it, so by writing it from my perspective it kept it honest. I wanted to lend a voice to survivors of domestic abuse who may find it difficult to find their own voice, and to encourage all people – not just those directly impacted by DV – to speak out in solidarity. I also felt like I could offer more of an outside perspective, and was freer to point out certain aspects of both sides of this toxic relationship from the outside looking in.

AF: October is National Domestic Violence Awareness Month. Your new 3-song EP Maria, Immured tells a story many women are familiar with: a man consistently cheating on his partner, a woman afraid to leave. Ultimately, your friend was able to get out. What were some of the tent poles / resources that helped support her as she made that decision?

LT: The focus of the EP is more than just cheating; it’s generally more about emotional and mental abuse. The second song focuses almost entirely on emotional abuse through constant put-downs, hurtful words, and condescension. The third song focuses on her breaking free from his manipulation; constantly lying about his wrongdoings as well as convincing her to think of herself as crazy, worthless, and the one that’s really in the wrong.

My friend started realizing how unhealthy the relationship was through a combination of a solid support group of friends and family, consistent therapy, and sheer internal strength. It wasn’t easy for her, and I tried to be there for her as much as possible, as an intermediary, a shoulder to cry on, and anything else she needed. It was difficult for her to let go, but, not to be cliché here, time really is the true healer.

AF: Have you had a chance to perform the songs live? If so, what was the audience response?

LT: I recently performed all 3 of the songs at Rockwood Music Hall earlier this month. I gave the audience a little context for each song before I played it, which really got everyone’s attention. Anytime I’ve played any of the songs off of the EP the crowd gets super quiet and attentive (a rare treat at a busy music venue!) and afterwards I can feel the support. Women in particular have come up to me after shows and told me how much they respect the honesty and vulnerability of those songs. It’s really special.

Are you a NYC native? Go to Lexi Todd’s EP release and music video screening for Maria, Immured  on Wednesday, September 26th at WOW Café Theatre.

Do you know someone in need of support? Direct them to ncadv.org so they can create a personalized safety plan.