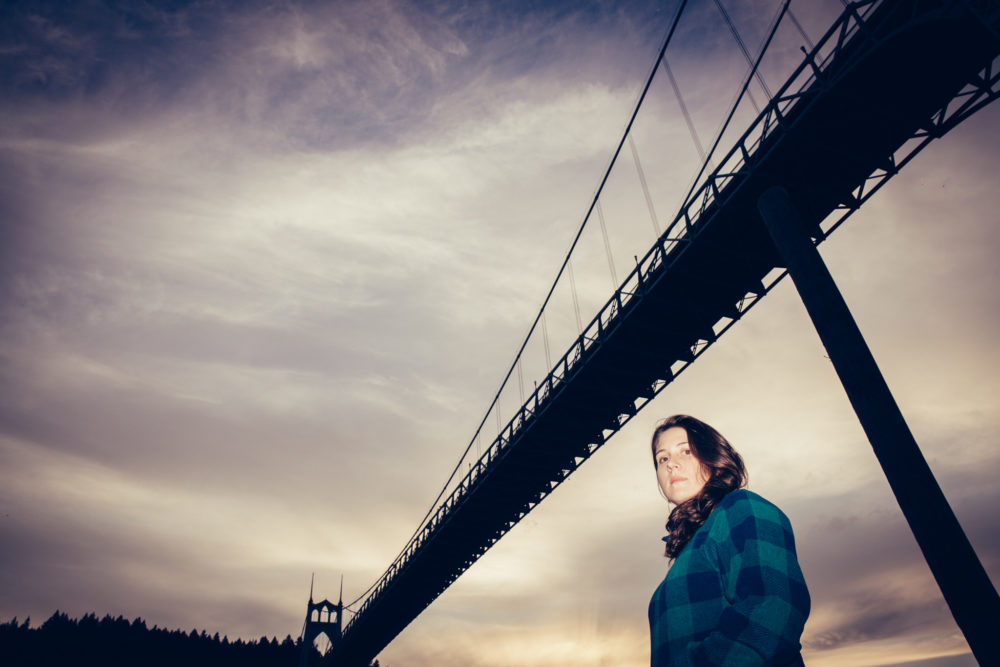 In the first lines of her new single, “Do You Miss Me Yet,” Asheville-based singer-songwriter Anna Lynch sings, “Do you miss me yet/ Or are you watching the phone?/Am I on your mind/ Or am I already gone?” It’s one of the most present and poignant songs on her lush, bittersweet new album, Apples in the Fall, the much-awaited follow-up to  her 2013 self-titled debut.

On the album’s cover, drawn by Colin Derham, Lynch brandishes an apple in the strong pose of Rosie the Riveter. It’s a nod to her roots in Sebastapol, CA, once known as the “Gravenstein Apple Capital of the World” before being overtaken by wine vineyards. “The apple industry died in my hometown… it’s a little tragic because it was this great small town thing but now there isn’t an industry anymore,” explains Lynch, noticing that the story there mirrors the death of her own simple, romantic naivety.

In Lynch’s case, that naivety has been replaced with self-respect and understanding. “Do You Miss Me Yet”  is one of several songs on the collection that calls out the pitfalls of online dating culture—a culture Lynch, who’s now happily partnered, spent many years wading through. She felt dehumanized as she swiped on Tinder, found herself “ghosted,” and spent hours overanalyzing her dating situations. Apples in the Fall documents every painstaking step in that journey — from the radiant highs of connecting with a potential lover to the sullen, dejected low of meeting your own loneliness.

For its part, “Do You Miss Me Yet,” lives where heartbreak and denial meet at the end of an amorous fling, pulling in her frustration and confusion in the Tinder age. Lynch, who cites Patty Griffin as a major influence, wrote the song in the airport in Austin, where she spent two months visiting friends a few years back, and where she began seeing a man knowing full well it wouldn’t last past her stay in the city. As a result, “Do you Miss Me Yet” is present in a difficult emotional place—its repeating minor melody leaps and falls like a once-optimistic lover, while her lyrics both enjoy and protect against her feelings for this person. It’s a strangely familiar suspense, and Lynch masterfully pulls the listener into it, as do many of the songs of Apples in The Fall.

“I am currently in a relationship. Can’t say it’s perfect but it’s really interesting how once you’re in one, none of that Tinder stuff even matters,” says Lynch. “You can spend hours and even years – ask me how I know, ha – spinning yourself in circles: ‘Okay so this guy, I texted him last night, but then he hadn’t texted me this morning, but should I text him or should I wait, am I going to seem like a jerk like I’m playing games, does he want me to play games?’ It turns your romantic little-girl self into this almost-machine of who is going to one-up the next person. Like, am I going to ghost them or are they going to ghost me? That’s not a real thing, that’s not how people calculate a relationship. The Tinder thing doesn’t make any sense.” With her tender voice, Anna Lynch offers the insight she’s gained from struggle, now stronger and wiser for the wear.