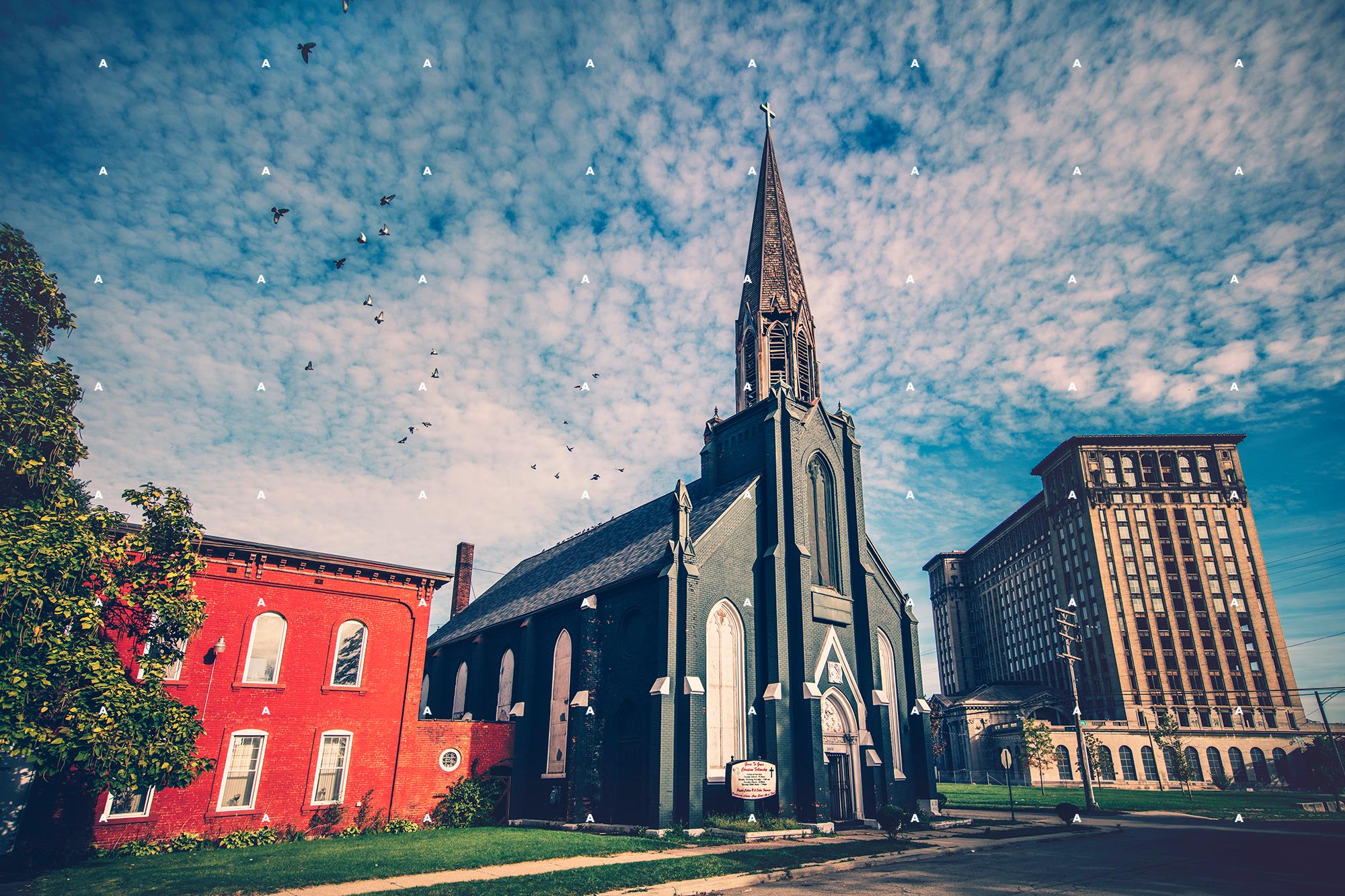 Detroit has always been the dark horse holy ground for musical exploration and long-term contribution to music at large. Assemble Sound, a collective of collaborative artists as well as a full-fledged recording studio nestled in a historic church in Detroit’s Corktown district, is redefining the music community and blowing the glass ceiling off of possibilities for local artists.

In the spirit of collaboration, Assemble forged an idea that would allow artists to experiment with each other’s sound as well as find a home for whatever mashup is born from that session. The Sunday Song Series (which stipulates that the song must be a collaboration and go through the peer review process and, of course, must be recorded at Assemble Sound). It’s an “all-hands-on-deck” situation at Assemble, but not because there aren’t enough hands to start with. Rather, an extension on Assemble’s philosophy which is deeply rooted in exploration of creative freedom while still focusing on the formalities of how to succeed in the industry. At the end of summer, Assemble will release a 12-track album of all the Sunday Song Series and as summer comes to a close, we are gifted song 11 from the series which is a collaboration between Nydge (producer and soundsmith Nigel Van Hemmye) and Joshua (one half of trip-hop duo Gosh Pith) titled “Lemme Know.”

A trippy love ballad that begs for another chance and bounces around like teenagers flirting at the mall, “Lemme Know” is a playful plea and a totally danceable account of an impending heartbreak. The shimmying synths and periodic chimes give a montage feel; from first kiss, to meeting the fam, to growing disinterest to a bold “take-me-back” 80s John Cusack worthy gesture. The song is quick but satiated; Joshua’s verses are sleepily distressed until the chorus builds to a hopeful plan to “keep this love alive” where his vocals climax. The production is radio ready and could easily squeeze a female vocalist to duet the cat and mouse fluctuation of who loves who and how hard. But the track is effective with Joshua’s singular bright side desperation as Nigel’s fashion show runway mixtape vibe clashes to form pop purity at its funnest.

Listen to the collaboration below and click here if you want to know what’s happening at Assemble.