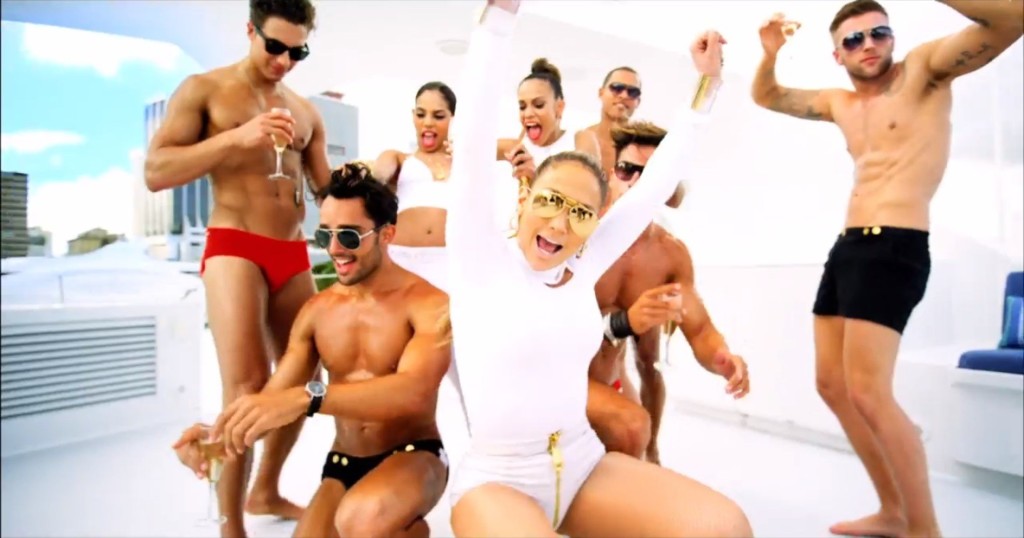 The male gaze is practically part of our collective cultural definition of a music video. Even videos by seemingly progressive bands, like The 1975’s “Girls” and The Chainsmokers’ “Beach House,” present women as props, dancing scantily clad in the background.

But recently, female artists have been taking back the medium by creating videos that speak to their own visual pleasure. Here are some music videos that depict the world through women’s eyes.

Though Halsey has said “Colors” is about being in a relationship with an addict — likely The 1975’s Matty Healy — the video presents an alternate interpretation of the lyrics. As she sings “Everything is grey / His hair, his smoke, his dreams,” the visuals tell the story of a young woman obsessed with an older man — or, more accurately, obsessed with looking at him.

The video opens with Halsey and her fictional mother staring at a man and his son, and as it goes on, you pick up on an odd love triangle (or is it a rectangle?), all while Halsey takes photos and salivates over them in the privacy of her room. Shirtless shots of the male characters abound, and though Halsey also has an underwear scene, it’s clear that this is about her fantasies, not a male fantasy she’s starring in.

“I Luh Ya Papi” by Jennifer Lopez

This video is self-referential from the get go, beginning with a meeting where JLo and her collaborators plan out the video. “If she was a dude, they’d seriously have her up in a mansion with all these half-naked girls,” one says.

“Why do the men always objectify the women in every single video?” another adds. “Why can’t we for once objectify the men?” The answer is, no reason. So, they objectify the hell out of them. The satire is obvious (and hilarious) at times, like when a guy in a speedo washes a car with his butt, but you can also tell she’s serious: She and her friends are having a blast enjoying the eye candy. At the very end, it’s revealed that JLo is still in her meeting and has imagined the whole video — so, it is literally a representation of her gaze.

“Closer” by Tegan and Sara

At a fantastically queer dance party, Tegan and Sara Quin sing sexually aggressive lyrics like “All I dream of lately is how to get you underneath me” as couples of all configurations stare excitedly into each other’s eyes and kiss. From a woman cupping another woman’s head in her hands to one who leans into a man on top of a car, characters of all genders demonstrate a genuine combination of desire and affection, and all couples consist of equals.

“break up with your girlfriend, i’m bored” by Ariana Grande

Ariana sits alone at a party creepily staring at a couple and trying to break them up, but she catches her audience off guard by making out with the girl once she finally gets their attention. It seems like a ploy for shock value and LGBTQ street cred honestly, but the way she ceaselessly stalks them before she pounces is admirably bold.

This super relatable video shows Jepsen spying on a crush as he mows her lawn, hiding below her romance novels when he looks at her, and partaking in strange antics to get his attention. It’s reminiscent of many childhood crushes, reminding us that despite being socialized to do the opposite, women have an innate ability to take joy in looking.

Alas, this one’s also got a gay plot twist, but unlike Ariana’s, it doesn’t work out in Carly’s favor. I vote she does a followup featuring her crush’s budding romance with her guitarist.

In the visuals accompanying this trippy, dreamy song, Throwing Shade (aka Nabihah Iqbal) overlooks a garden full of naked men covered in flowers and fruit. It seems almost cheesy, until you realize it wouldn’t seem that way if the genders were reversed. Actually, it’s a work of art, nude men and all.

“She Keeps Me Warm” by Mary Lambert

For this heartfelt ode to a lesbian relationship, Lambert crushes on a barista. They steal glances at each other as Lambert sits at the cafe reading a book, inside which she leaves a note saying “I think you’re super cute.” The stages of their budding romance, from holding hands in the back of a car to sharing their first kiss on a rooftop, help to humanize same-sex relationships while, most likely, making you cry.