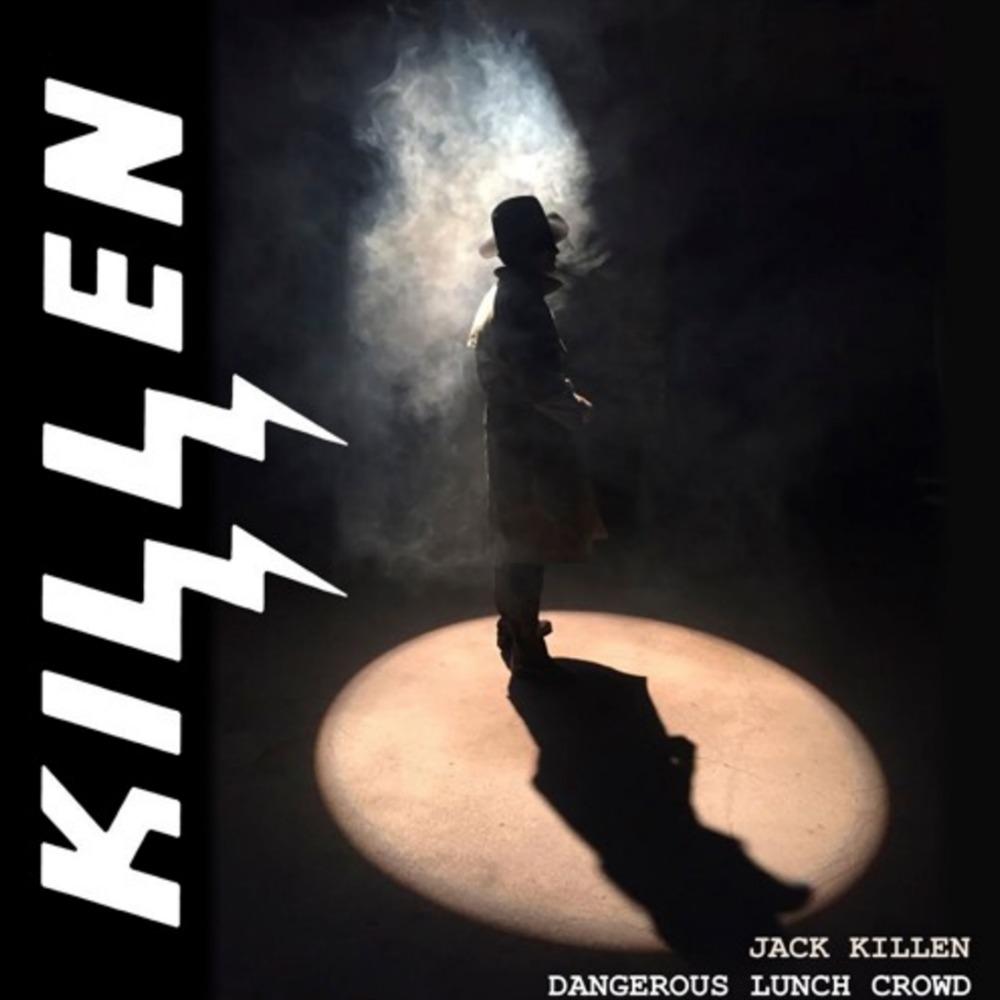 It was a dark and stormy night when I met Jack Killen at the TriBeCa bar Nancy’s Whiskey Pub. The rain outside, and the bustling, old fashioned environment inside, made it a fitting time and place to discuss his latest EP.

Dangerous Lunch Crowd is largely inspired by his love of detective novels. “I like to write about pulpy subjects, and I thought it was cool to do a concept, detective fiction EP,” Killen explained. “It’s always, there was the girl, there was the bad guy, there was this detective or cop. And that’s basically it, you can make a story out of that. I think Raymond Chandler said, if you don’t know what to write, make the phone ring. Kick down the door. Do something dramatic.”

The four songs on Dangerous Lunch Crowd are crafted with help from this formula; their plots could be taken straight off the back of a detective novel. “Genevieve,” about a troubled relationship, starts with unexpected action: “You threw a glass of shiraz on my favorite t-shirt.” It also includes my favorite, highly specific lyric from the EP, “I remember you tweaking in my crummy apartment/ Watching a slowed down version of a cat video by some guy in Japan.”

Meanwhile, power ballad “Lower” narrates a dark past, and the epic “Symphony Of Skin” could be interpreted as a familiar plot line of the detective seduced by the dame who waltzes into his office. “Renegade” opens with bare piano chords, and you can almost see the sun lighting up a strange cast of characters in a smoky bar: “There’s a party for the unwanted, the desperate and the haunted.” A cheesy guitar solo starts, stirring up trouble. His girl wants the kind of life he can’t afford. He’s a straight shooter who knows the rules well enough to break them.

“Renegade is about, for sure, a criminal,” Killen elaborated. “You know ‘Atlantic City’ by Bruce Springsteen? One of my favorite lines is in there: ‘Last night I met this guy, and I’m gonna do a little favor for him.’ Willie Nelson, Kris Kristofferson, they were all doing the outlaw rock thing. It’s like, how do you get ahead in the world? That’s what the song’s about.”

Josh Slater, who directed the videos that accompany Dangerous Lunch Crowd, shares the obsession with pulpy detective stories. Jack listed some of their favorite writers, including Ed McBain and Charles Willeford. They also share a fondness for gritty, lo-fi music videos. The three released so far share a sincere goofiness, with loose, offbeat plots that seem like something you’d stumble across while watching TV at four a.m.

Besides the literature and outlaw rockers he mentioned, what are Killen’s other influences? Musically, “If I could sound like Warren Zevon meets Sparks, that would literally be my dream,” he says. “I’m hopelessly obsessed with Warren Zevon. He’s tongue in cheek, but it’s so dark.”

When it comes to his work ethic, however, inspiration comes from an unexpected source: Charles Ives. “He was always the coolest guy to me, because he was a full time insurance salesman all of his life, but he’s also one of the most important American classical composers,” he explains. “He did a kind of bastardized American folk tunes. They’re cool as hell. He shows, if you’re neurotic enough, you can do it all.” Killen has also learned how to balance his musical life with a full time job. He’s a beer distributor, which lends its own source of inspiration. “I love the beer business because you get to go door to door, you get to talk to all the people. I’ve been living here for 11 years, and my largest influence, for sure, is just chaotic craziness of New York.”

Visiting these places ties back into the detective novelists, too. “I love Forlini’s. You read an Andrew Vachss novel, and they’re at City Hall, at that bar right there. Whether or not they make up fake names, they’re actual reference points of the city. And places like this,” Killen gestures enthusiastically at the Nancy’s Pub crowd. “It’s so exciting! Like, who are all of these people?”

Dangerous Lunch Crowd, recorded and produced by Graham Dickson of Crystal Fighters, is out now via Axis Mundi Records. Stream the EP below!