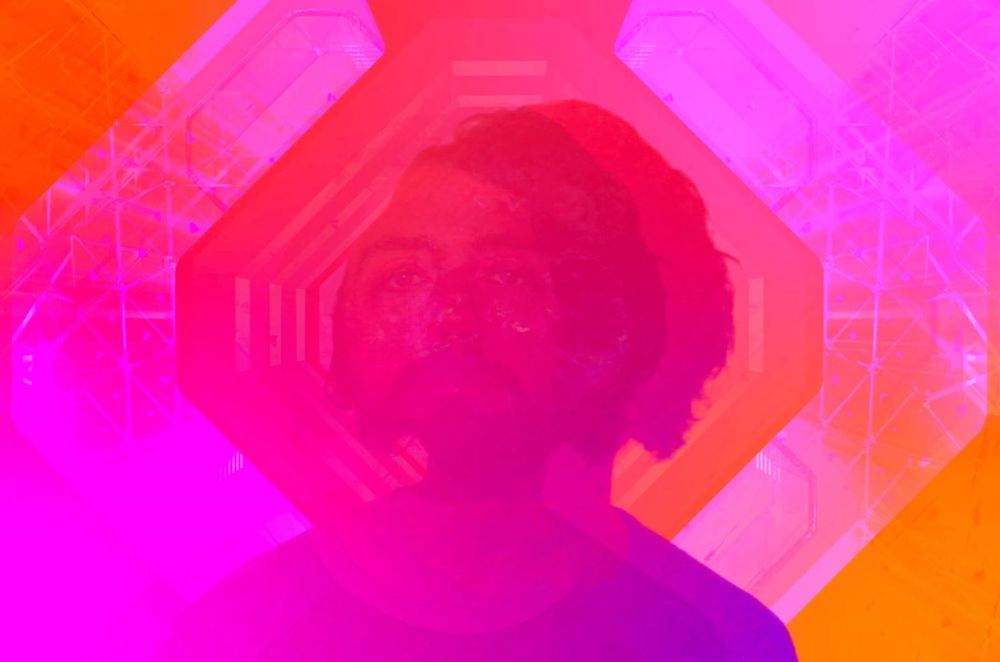 Egos uploading to an alien cloud server. Psychedelic dreams being analyzed by a droid. Don’t worry, it’s not a new 2020 news headline – these are the themes that populate the self-titled debut from Baron Minker, a trench coat wearing, solar system exploring vagrant, detailing the chaos he sees around him while flying high on drug fumes. Minker is the alter-ego of Portland-based experimental indie rocker Dane Erik Forst, and though he began working on LP long before the recent protests or COVID-19, the ideas tackled throughout resonate as if he wrote the lyrics last week.

Born and raised in Wisconsin, Forst grew up listening to an eclectic mix of soul, disco, punk rock, classical and folk music. He jokes that he is now partially deaf in one ear from laying directly next to the speaker listening to Simon and Garfunkel on vinyl (but seriously, he recently had surgery on one ear to fix the damage). The Forsts are a family of artists, but music remained uncharted territory. Guitar was a popular choice in his school’s band, so Forst initially picked up the trombone and later the tuba. In 8th grade, he finally got a guitar in his hands and was off to the races, trying out riffs informed by a punk aesthetic.

It wasn’t until he was in his twenties that Forst started experimenting with synthesizers and began to find his own voice as a musician. Thinking back on his years of learning a variety of instruments, including piano, he explains, “I like the idea of being able to pick up any instrument and kind of make it work if I need to.” He packed up and moved to California, where he began to play in a couple bands. “It was kind of jarring. I was still getting my bearings in terms of what would I like my sound to be like,” he says.

Forst had gone to school for music recording, but hadn’t ended up pursuing production as a career. During the day, he worked as a freelance graphic designer and at night, he put his production education to work. “I had about an entire album’s worth of material with the group I was with before. We were kind of in the middle of recording an album,” Forst remembers. “It wasn’t what I was envisioning it could be. It always felt like you were trying to paint a painting with somebody else’s hand.”

Eventually, Forst decided to leave the confines and inner struggles of a band and make music on his own terms, as a solo project, following in the footsteps of musicians like Kevin Parker of Tame Impala, Ruban Nielson of Unknown Mortal Orchestra, and Ariel Pink. Forst laughingly admits to being a bit of a control freak when it comes to process. “I need to have my mitts on absolutely everything,” he says. Still, this maneuver freed up the music, making it closer to his original vision, closer to the music he could hear in his head, and over the next five or six years, the fullest realization of Baron Minker came into being. “My experience prior to that, in previous projects, was kinda a lot of frustration,” Forst admits. “Same amount of work, if not more, but the end result being like ‘Yeah it’s close, but I wouldn’t have done XYZ.’ This [project] is definitely a result of that.”

The album, is a no-compromises journey into the subliminal. From the opening beats of “Anthem of the Rich and the Bored,” it’s clear that this isn’t a singles-only kind of experience. Forst wanted Baron Minker to be like the albums of his youth, music that should be listened to from beginning to end, that pulls the listener into a story and a specific frame of mind – though each song came from a different well of thought. “I wanted to put out a cohesive album. I wanted the songs to compliment each other, without being carbon copies of each other,” Forst explains. The character of Baron Minker gestated over that six year period, drawn from pieces of sci-fi books Forst had read. Now, looking back, Forst recognizes that news stories at the time also influenced the lyrics. With an abstract Mad Libs-esque approach to lyrical phrasing, the album feels like a trip both through and outside our current timeline. It’s easy to visualize a trench coat cloaked anti-hero buzzing above a Dune-like planet, observing the chaos below with an outsiders sneer.

The accompanying visuals to “Anthemn of the Rich and the Board” and “How To Avoid Japan” were all created by Forst himself. Originally he’d had additional plans to work with artist friends on an expanded vision, but COVID-19 became a reality around the time he was prepping to shoot. The videos are beautifully constructed, with the kind of psychedelic imagery and puppetry one would expect from a graphic designer holed up in his apartment in midst of a pandemic. Now, Forst says he’s even more dedicated to the idea of creating videos for each of the singles, leaning further into the one-man show that is Baron Minker.

As we tackle the environmental apocalypse, face white supremacy head on, and wait for relief from COVID-19, an album like Baron Minker becomes less existential and more fervent, more based in the here and now. Perhaps instead of taking flight from Earth, Baron Minker returns with knowledge of a different age. Armed with extraterrestrial tools, he joins the fight to save the little blue orb floating in a sea of empty space.